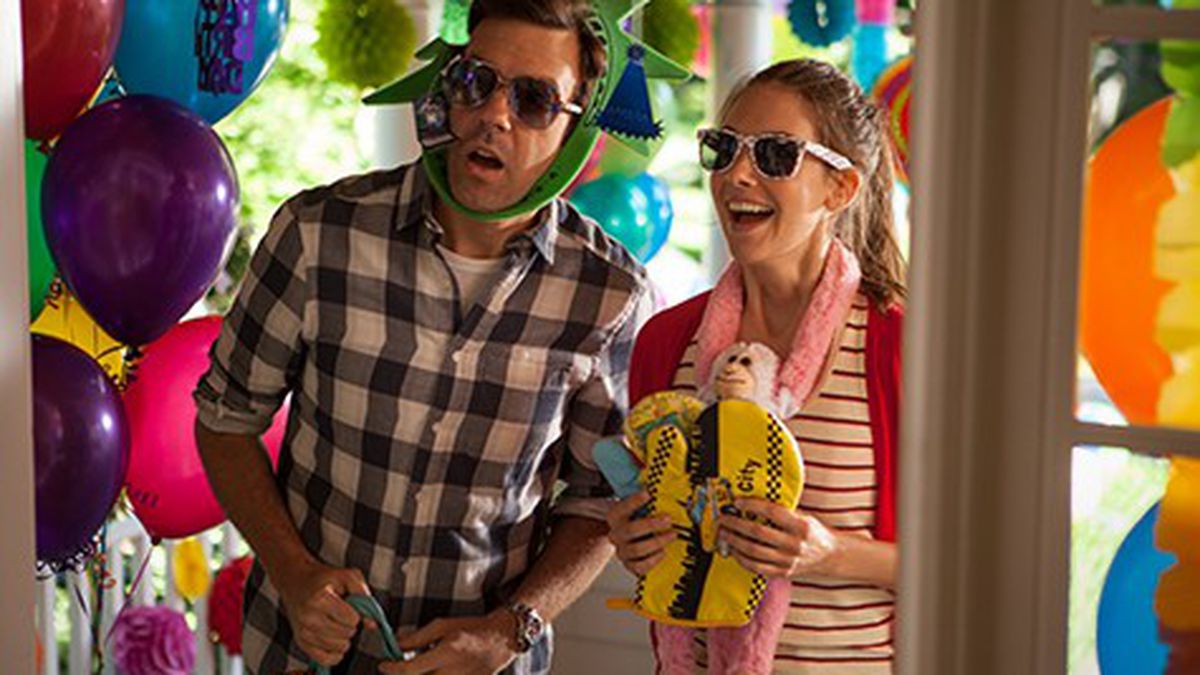 ‘Sleeping with Other People’: Sudeikis and Brie Are an Ideal Match

Jason Sudeikis' latest rom-com is smarter than the competition, even when it's dumb.

Jason Sudeikis may be the ideal American comic character actor of his generation. In movie after movie — Hall Pass, Horrible Bosses, The Campaign, We’re the Millers — his glib tongue and inherent untrustworthiness have personified an entire demographic of under-achievers. When Sudeikis manufactures a scheme and it flops, millions can relate. And so when, in Leslye Headland’s non-threatening comedy Sleeping with Other People, Sudeikis plays one half of a discombobulated pair of would-be lovers, it’s more than just a couple of late-thirtysomethings imitating college students.

Frustrated virgins Jake (Sudeikis) and Lainey (Alison Brie) meet-cute in a flashbacked Columbia dorm hallway, have sex, then drift apart for years. The fact that they run into each other again should indicate, in a typical rom-com, that they are, uh, destined for each other. Writer-director Headland (About Last Night) certainly gives every indication of believing so, but first they must run through a chatty, utterly 21st-century-urban social obstacle course (extra-salty sex talk) while they make up their minds. The movie accurately captures those moments in which people look down at their phones as they converse in person with someone else. Happily, Headland’s dialogue and situations fit Brie (she was Trudy Campbell in Mad Men) and Sudeikis like favorite socks. Both characters are searching for Mr./Ms. Right anyway, wrestling with the concept of fidelity, delaying the inevitable, so everyone might as well relax and play the game. Sudeikis scores easily.

Even when it’s dumb, Sleeping with Other People is smarter than the competition. Romantic comedy is a genre that reflects the interior tenor of the times, the things people think and talk about every day, person-to-person relations. Clinically diagnosed love addicts Jake and Lainey try everything on the market — group therapy, a silly “safe word,” Lainey’s slimy ob/gyn ex (Adam Scott), a masturbation lesson, sex with the company CEO (Amanda Peet), etc. — culminating in their hosting a kids’ party while tripping on Ecstasy. They learn absolutely nothing from all that. And yet Jake and Lainey understand each other, and we understand them. Ideal match.