.The New Face of Bankruptcy

As the economy continues to sputter, the average wealth of those who file for Chapter 7 is rising. 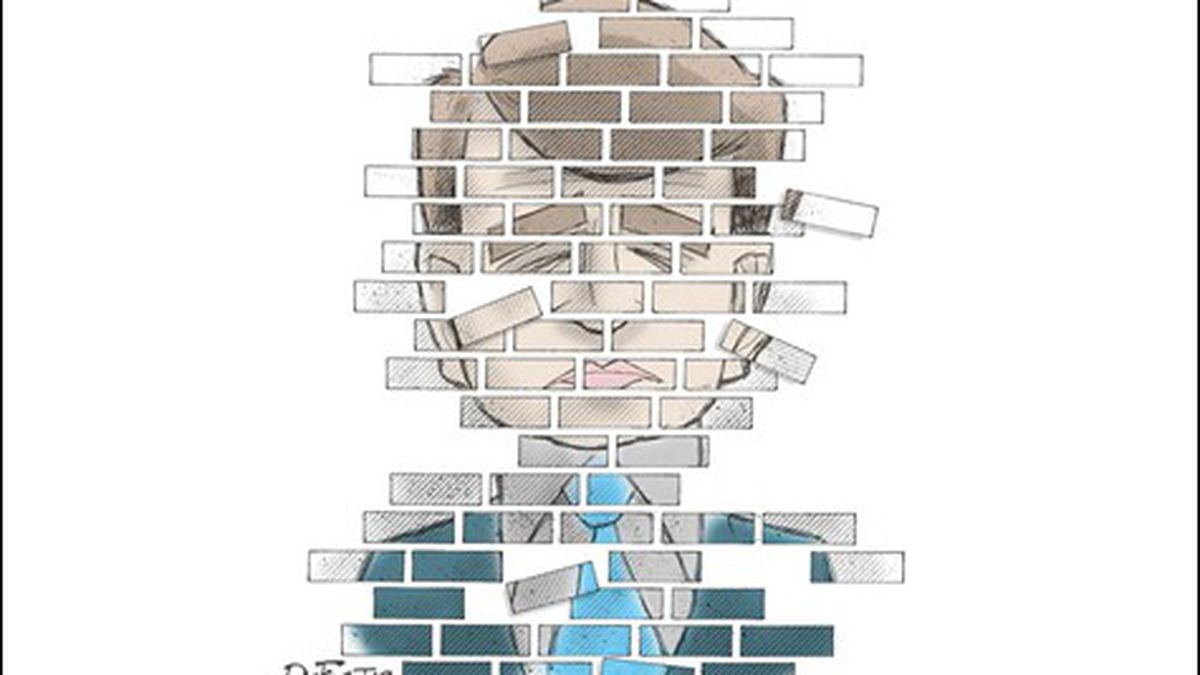 It could be mistaken for a courtroom wedding. The couple sits side by side in a government office in Oakland, facing a solemn official. Rows of royal-blue chairs form a gallery and fluorescent light fills the room. “Yes,” the man and woman answer quietly but firmly to each question from the gentle-voiced official.

But instead of making their wedding vows, the pair is swearing that the information in their bankruptcy paperwork is true and complete. These are federal bankruptcy proceedings, and the official is a trustee of the Department of Justice. Like thousands of Northern Californians, this couple from Berkeley has filed for personal bankruptcy despite significant assets and past income.

More and more people in Northern California have faced the prospect of personal bankruptcy since the recession. The number of Chapter 7 bankruptcy cases filed here more than doubled between 2007 and 2010, increasing each year. The region, which runs along the coast from Monterey County to the Oregon border, saw more than 24,000 bankruptcy cases in 2010, and the Berkeley couple’s case is one of more than 17,500 filed by September of this year.

And with home values continuing to sink, personal bankruptcy in Northern California is now spreading to higher income brackets. Figures from the US courts show that the median income of Chapter 7 filers has risen 30 percent since 2007, while the average amount of debt they face has increased by nearly the same amount. By 2010, half of bankruptcy filers in Northern California made more than $37,000 a year; overall, filers declared about $410,000 in average debt.

At the proceedings, the couple from Berkeley says their income won’t cover their debts. They bought a second house and an undeveloped lot in 2005 with loans that now total more than $1 million; the property is severely underwater. Their retirement fund has dwindled to less than half its original size, due in part to large withdrawals in the past two years.

On their bankruptcy forms, they reported their average monthly income as $2,100. But in 2010, their income from Social Security and retirement savings reached nearly $160,000. The value of their assets, which include their second house and all personal belongings, are almost equal to their debts of more than $1 million.

Bankruptcy attorney Tony Carballo said easy access to debt from credit card companies and mortgage brokers before the recession caused serious problems for his clients once the economy started to tank. Their debts were for “ridiculous amounts that even people at higher income levels would not be able to pay,” Carballo said. Then the recession hit. “They lost their jobs, got reduced pay and bonuses.”

Certain loans like adjustable-rate mortgages led to skyrocketing debts just as income was decreasing. Marc Del Piero, a bankruptcy trustee in Monterey County, described it as a “one-two punch.”

“The mortgages adjusted so that people had to pay the interest and the principle,” Del Piero said. “They were unable to make the increased house payments at the very time either they or their spouse were losing their jobs or experiencing a decrease in hours that they were working.”

The result has been a wave of people caught completely off guard by their weakened financial standing. “They never expected to file for bankruptcy,” Carballo said.

The Berkeley couple’s second house and the adjacent lot are in a vacation community on a quiet island in the Puget Sound. The yard leads down to a boat landing. Before they filed for bankruptcy, they bought a $500 outboard motor. It would be a nice way to retire.

For those who never imagined they’d be overwhelmed by debt, bankruptcy can be an unfamiliar and terrifying prospect. Carballo said he’s helped file paperwork for people “who come in scared to death. They have the idea that when you file for bankruptcy you basically give everything over to the court: your clothing, your old cars, whatever you have. If you have fifty cents in your pocket, you turn it in, and then you file for bankruptcy.”

The fear and shame associated with having to declare bankruptcy can run deeper for those used to a higher standard of living. The Berkeley couple, for example, declined to be interviewed for this story, and the Express is not naming them because they aren’t ready to go public.

But in reality bankruptcy does not have to be devastating. Chapter 7 discharges personal debts, but the law allows filers to keep personal belongings like clothes and furniture. Exemptions in federal law also create protections for valuables like heirlooms and jewelry — up to a certain value — and for public benefits like Social Security and unemployment benefits.

Once filers realize what they can keep, “they’re kind of pleasantly surprised,” Carballo said, “considering that they have been suffering for sometimes two to three years.”

Filing for Chapter 7 bankruptcy won’t discharge mortgage debt, so the couple from Berkeley will surrender their second property to the lender. But they’re seeking exemptions for the rest of their retirement fund, office furnishings, and the rest of their personal property. They’ll also keep their car, which Del Piero said is allowed when there isn’t much equity left in a vehicle and the filers will be able to make car payments after the bankruptcy clears their other debts.

Debtors often fear further harassment from credit card companies and other creditors if they file for Chapter 7. In the Oakland bankruptcy office, the Berkeley couple finishes a five-minute, sworn and recorded interview with the Department of Justice trustee; their creditors have thirty minutes to formally come forward. None show up for any of the hearings this morning.

Nonetheless, convincing someone who takes pride in paying their debts to file for bankruptcy is a tough sell. Bankruptcy attorney Carl Gustafson has had visits from experienced investors who are considering filing. They would rather drain their 401ks and life savings than back out of a debt.

Gustafson said he has to use his “investor mindset” to convince them to file. “I ask them who they originally got their mortgages from,” Gustafson said. “If they say Wachovia, WaMu, World Savings, SunTrust — the list goes on — if they say any of those banks, then I tell them that years ago those banks filed for bankruptcy, and they’re already out.”

Bankruptcy’s most disruptive effect is on the credit report, where it can stay for up to ten years. “That’s very significant,” Del Piero said. “Bankruptcy can mean the inability to secure loans for any one of a number of reasons. It’s not an absolute bar, but it makes it more difficult.”

Years down the road, lenders averse to a past bankruptcy might balk. “That can potentially affect buying a car, buying furniture, buying anything on time, and obviously potentially securing a loan for a house,” Del Piero said.

This can extend to businesses owned by someone filing for bankruptcy. “If they operate a business, then ongoing credit will be limited,” Gustafson said. “If a client is in a partnership, sometimes those partnerships may be disrupted.”

But by discharging debts, personal bankruptcy can improve a cash-strapped debtor’s position. “The irony there is that the credit score generally bounces back, higher than when they filed” within about six months, Gustafson said. “Creditors buy lists of people who filed for bankruptcy to solicit them.”

Credit card companies close their accounts with customers who file for bankruptcy, but Del Piero said the same customers can open new accounts as soon as they’re offered a line of credit.

Gustafson still said he doesn’t recommend bankruptcy to every client. “A bigger danger of filing for bankruptcy is if you need it even more in the future,” Gustafson said. “One of the things I look at is whether my clients have ongoing medical conditions.”

Because it’s a measure of last resort, “very, very few people file for bankruptcy repeatedly,” Del Piero said. “Most people who end up in bankruptcy are honest, hardworking people to whom really bad things have happened. And that’s probably the saddest thing that’s gone on in our economy.”

“That’s the toughest part of my job,” Del Piero added.

After they finish their interview with the trustee, the couple from Berkeley gets up to leave. The man puts his hand on his wife’s back as they walk out without speaking.

“Bankruptcy codes were created to be able to give people a second chance. And it’s not so much the end for them as the opportunity to realize a new beginning,” Del Piero said. “Sometimes it’s difficult for them to appreciate that until after it’s over.”

And many more continue to go through the process of filing for bankruptcy. “So many people have gone through it — and people like that, middle-class types — that they now have a different idea of what it’s like,” Carballo said.

Sometime after the Berkeley couple has left, another filer goes through his interview with the trustee. It’s one of dozens of interviews that morning, and when it’s over, the filer reconvenes with his attorney and walks out into the elevator lobby.

“That’s it? Now what?” he asks his attorney.

That’s it, his attorney says. “You want more?”