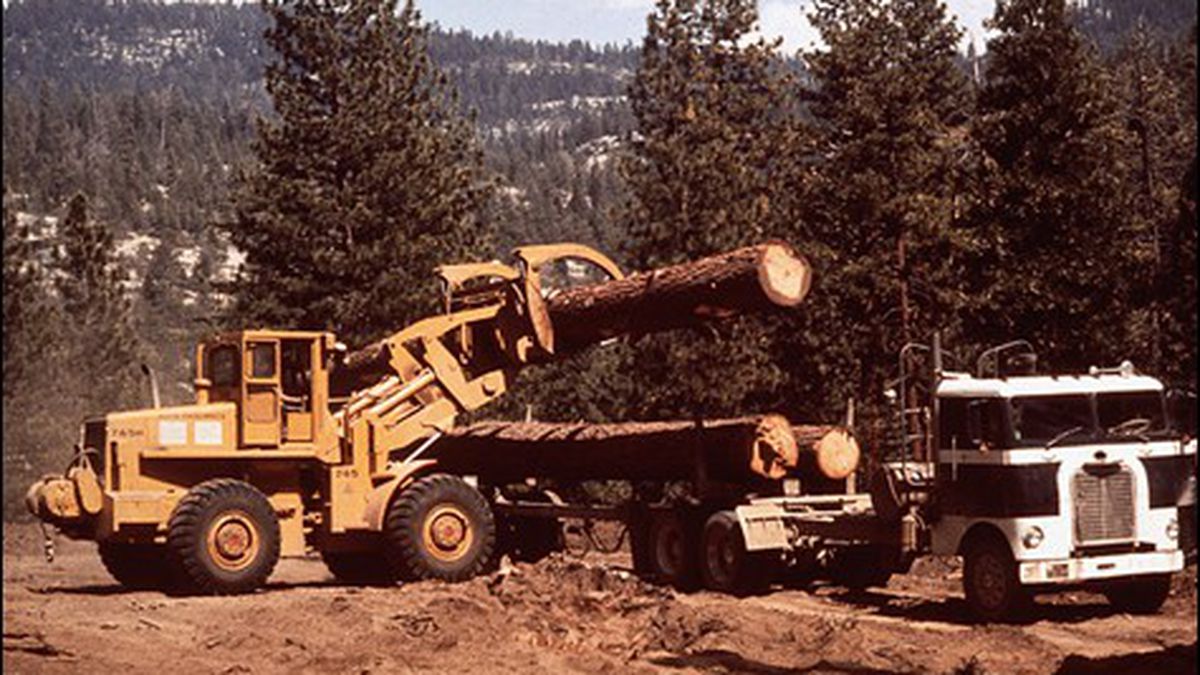 Competing bills in Congress would either protect national forests or open them up to oil and gas development, motorized recreating, and logging.

Nearly 60 million acres of national forests were put off-limits to motor vehicles, road building, and logging during the Clinton administration. And a bill was introduced recently in Congress that would turn that rule into law.

According to US Senator Maria Cantwell (D-Washington), a sponsor of the bill along with US Representative Jay Inslee (D-Washington), the Roadless Area Conservation Act would protect “hundreds of thousands of jobs across the country.” Various forms of this bill have been introduced by Inslee and Cantwell since 2002. “There is an urgent need to safeguard the remaining undeveloped forest lands as a home for wildlife, a haven for recreation, and a heritage for future generations,” Cantwell said.

But not everyone is convinced. And one California congressman wants to make sure that bill never sees the light of day. Instead, US Representative Kevin McCarthy, a Republican, introduced a bill — the Wilderness and Roadless Area Release Act — in April that would release about 43 million of those acres to be used for oil and gas development, motorized recreation, and logging.

“Millions of acres of land across the United States are being held under lock and key unnecessarily,” McCarthy said. “My bill acts on recommendations made by government agencies managing these lands so they are opened up for increased public use.”

The recommendations upon which McCarthy’s bill relies are from a 1979 US Forest Service report that the US Environmental Protection Agency had called “inadequate because of its use of unsupported and undocumented statements, its lack of related data on demands for resources, and its unbalanced economic approach.”

The report recommends keeping 15 million acres protected, allocating 36 million for non-wilderness and holding an additional 11 million aside for further planning.

“This is just common sense,” McCarthy said. “By opening these lands up to the residents of our local communities and across the country for their use and enjoyment, we can help create jobs, boost local economies, and reduce the risk of catastrophic wildfires.”

But Joe Walsh, a spokesman for the US Forest Service, said the document is not one the Forest Service uses anymore. “Science changes,” Walsh said. “We like to use the latest science we have so we’re always on the cutting edge.”

According to the 1979 report: “Resource trade-offs were compelling reasons for allocating a roadless area to either the wilderness or non-wilderness category.

“Areas with high oil and gas potential were normally not allocated to wilderness,” the report stated. It added that “high timber values have been used as reasons to allocate an area to non-wilderness.”

Andrea McCarthy, a spokeswoman for Kevin McCarthy, said it makes sense to allow local land managers to have a say in how to use these resources. “These decisions should be made on a local level, not left up to bureaucrats in DC,” she said. She added that the bill “does not terminate existing, congressionally designated wilderness areas, nor does it release wilderness study areas or roadless areas deemed suitable for wilderness.”

The roadless rule, which was issued by President Bill Clinton, was the result of the largest public lands review process in US history. It also has been in the courts since its inception. Five months after it was implemented, a federal court in Idaho blocked it. Then, in 2005, the Bush administration repealed the rule and replaced it with a state petition process.

Attorneys general in California, Oregon, New Mexico, and Washington sued, and in 2006, a federal judge ruled in their favor. The case then went to the Ninth Circuit Court of Appeals, which ruled in favor of the Clinton rule.

Then in 2008, a federal judge in Wyoming blocked the rule. That ruling then went to the Tenth Circuit Court of Appeals, which in October ruled again in favor of the Clinton rule. With two agreeing rulings from the circuit courts, the rule will stand — unless a new law is made.

Spitler said McCarthy’s bill is a “wholesale attack on values that Americans hold dear and a grand giveaway to great corporate polluters.”