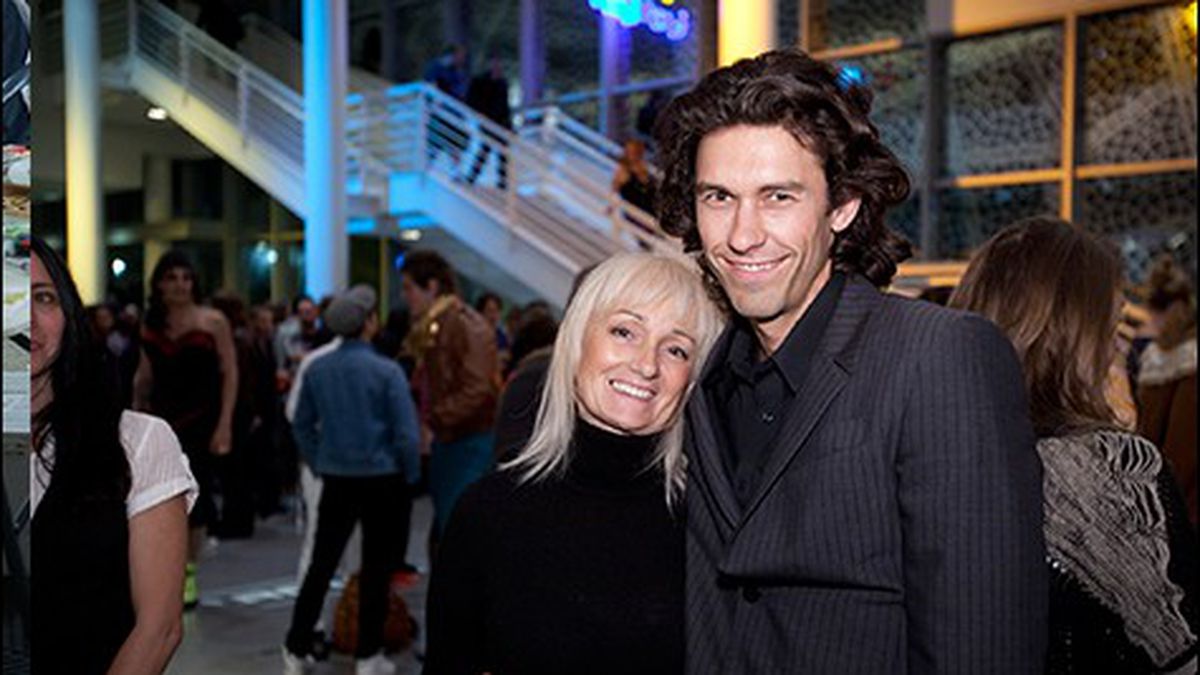 Holly Embree’s business, Moxie Shoes, uses sustainably harvested lumber and vegetable-tanned leather to hand-make women’s shoes that are “beautiful but also last for a long time.” Like many local artisans, she struggled to expand her company due to a lack of space, equipment, and networking opportunities. But since joining the 25th Street Collective two years ago, her business has grown tremendously.

“It’s so hard to do what we do that anything you can do to make it easier helps a lot,” said Embree. “Economically, it helps to share rent, especially in a visible place like this, but also sharing equipment and sharing each other’s knowledge.”

As a member of the 25th Street Collective, which is located in the heart of Oakland’s Art Murmur, Embree has the ability to be a vendor at the First Friday art walk and access the knowledge of other collective members. “I’ll sit here and puzzle over something I can’t figure out,” she said. “And if I ask someone, chances are, they can help me instead of me just hitting myself with a hammer all day long.”

25th Street Collective, which caters to sustainable artisan businesses, is one of several entities in the East Bay that are helping to create a more stable economic environment for artists. As artists in the East Bay contend with soaring rent prices and costs of living, artist collectives — including Firehouse Art Collective (which has multiple locations in Berkeley and Emeryville) and Oakland’s Rock Paper Scissors Collective (which just celebrated its tenth anniversary) — provide much-needed creative and financial support for artists, helping them to develop the skills necessary to become professional working entrepreneurs.

For example, at 25th Street Collective, members pay a monthly $675 fee, which guarantees them access to the entire space (which can be rented out for events), shared equipment and production space, and a private working area. “The idea, then, is to be able to start in a smaller space, grow your business, and then take on a [larger] space,” said founder Hiroko Kurihara, who described the collective as a small-business incubator.

According to Kurihara, if a member is unable to pay the fee one month, the group will cover the cost until that member can pay back the group or when the collective can raise the money through renting out its space for events.

With five locations in the East Bay, Firehouse Art Collective offers affordable space for artists to not only work together, but live together, too. Like 25th Street’s building, Firehouse locations have an open work area — an aspect that Firehouse co-director and creator Tom Franco says contributes to the collective’s communal mentality and sense of creativity. “The benefit is the open floor plan, so you’re not isolated in a room,” Franco said. “You show up; you see your neighbors working; you see their work progressing even if you don’t see the person. So, it’s creatively stimulating that way. It trains artists not to be antisocial.”

When Firehouse first opened in 2004, it only provided communal workspaces. But as Franco saw many artists begin to leave the collective due to financial hardships and shifting career paths, he looked at ways to help them in bigger ways — hence the creation of shared living spaces.

Artist Ben Jafvert has lived in two Firehouse apartments since September 2013. He likened the unique sense of community at Firehouse to the environment at art school. “It was really nice to get back with a group of artists and kind of have what I’ve been missing since I finished school,” he said. “When I was in school, I was surrounded by people making art, and it got me wanting to make art, too.”

Firehouse’s growth is the result of a slow, multi-stage development plan. Franco said that some collectives start with lots of buzz and a “big bang” but fall short due to a lack of stable funding and community support. “Growing very slowly is a courtesy,” he said. “We can adjust on our end; people can adjust on their end. We can find a natural balance with the community.”

Engaging the community is a key component to the stability of art collectives. For example, volunteers have run Oakland’s Rock Paper Scissors Collective (RPSC) since 2004. While such a model is financially limiting, it has sustained the collective’s mission of involving youth and supporting alternative, sustainable practices. “There’s no spaces like that here where you don’t have to have money to make amazing things,” said RPSC founding member Amy Mosley. “We really just called out to our community. People stepped up because they were so excited for this space and that it wasn’t a commercial space and that it was a community-based space.”

During the first year of operations, RPSC focused on gathering donations, hosting auctions, and holding craft fairs and fundraisers in various venues before moving into its current location at the corner of Telegraph Avenue and 23rd Street in Oakland, Mosley said. Now it sustains itself primarily through material and financial donations, grants, and hosting community events.

RPSC provides educational programs and a free, open space for artists. It currently has seven members, between 15 and 20 ongoing volunteers, and roughly 15 youth interns, according to Dwight Overton, RPSC member and retail director.

Overton — a former RPSC artistic resident — said the collective provides a kind of “art lab” to community members, as well as allows volunteers unfettered access to the space and the opportunity to sell handcrafted goods in its retail area. Volunteers receive 60 percent of commission sales while RPSC uses the other 40 percent for operations and rent, he said.

The collective gets donations of art materials and supplies from The East Bay Depot for Creative Reuse and Urban Ore, and it also collaborates with public schools. For example, artistic resident Ray-Oliver Bacoy works with shop students at Oakland’s Fremont High School to create shelves to be sold in-house. In exchange, RPSC volunteers make uniforms for the students as well as T-shirts and hoodies with a logo designed by the students.

In this way, RPSC creates a pipeline for employing and training artists and manufacturers. For example, the collective offers classes, youth internships, an artist-in-residence program (in which artists are required to sponsor a community project), and a program called Street Styles, which helps young people develop their sewing and professional skills.

“They are able to sell in the store as well,” said Overton. “It’s a platform for them, at a young age, to make business cards and learn how to make tags and merchandise their own items.”

Similarly, over at 25th Street Collective, Kurihara works with the City of Oakland on Oakland Makers, a nonprofit that is increasing the visibility of Oakland manufacturing and “providing equal access to the manufacturing movement and growth in the industry itself.” Kurihara said that the organization provides an alternative job market to the service industry — especially for youths — while instilling “a sense that one can make a living while making things.”

“One of the key focus areas is to grow the diverse creative economy in Oakland,” said Kurihara. “The ‘maker movement’ isn’t just for a particular demographic.”

In addition, 25th Street Collective has an in-house production company for sewn goods called Oakland Sewn, which started as a worker-owned co-op catering to members of the collective and outside vendors. Now, Kurihara plans to make Oakland Sewn a benefit corporation, or B Corp, in order to “issue the direct public offerings of equity shares [so] that community members can own a portion of their local clothing and home furnishings factory.”

Meanwhile, Firehouse will open its own Indie Micro Mall on June 15 at its Adeline Street location, creating a social, creative, and economic hub in Berkeley. Franco and co-director Julia Lazar thought of the idea when they opened their North Berkeley gallery, which started hosting exhibits in 2010, and met traveling artists who sold their art at several locations and events.

Franco said that when he and Lazar opened the Adeline Street location, “we started that thinking: “Oh, this would be a bazaar. Three years later, we’re actually doing it.”

David Mintim, who oversees Firehouse’s Adeline Street location, said the mall will include a performance space or lounge area later this year. A restaurant will also open later this year, and a larger, renovated performance area (the former Pastime Theater) is also on the horizon. “There’s a lot of possibilities,” Mintim said.

Through community building, job training, and event coordination, 25th Street Collective, Firehouse Art Collective, and Rock Paper Scissors Collective are expanding the model of artist collectives. Despite their difference in methods, their goals are the same — to make art financially sustainable.

Franco said some art schools focus on technique and craft but seldom teach the necessary entrepreneurial training, event planning, and community-building skills that he learned while developing Firehouse. “The way I’ve come to see it now is that the over-arching umbrella of being an artist is the lifestyle,” he said. “If you’re committed to putting your whole life into your vision of being an artist, then that’s being an artist. It’s how you live your life.”