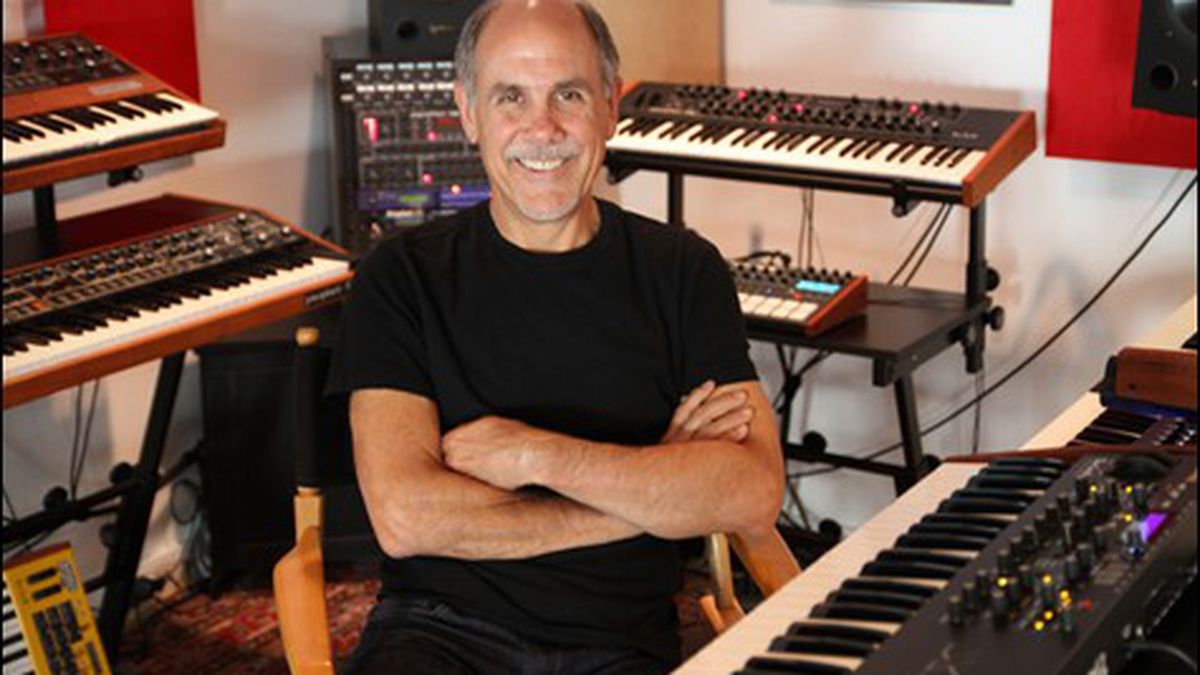 The MIDI Gets Its Due

San Francisco engineer Dave Smith never made a dime off the MIDI, but this week he won a Grammy.

Most musicians probably don’t recognize the name Dave Smith, but it’s likely that many of them rely heavily on his invention, the MIDI. Look on the back of any synthesizer or DJ mixer and you’ll see two small jacks labeled “MIDI In” and “MIDI Out.” Yet despite his invention’s ubiquity, Smith has never made any money off of it. This weekend in Los Angeles, however, Smith finally received some recognition when he and his business partner, Ikutaro Kakehashi, were awarded a Technical Grammy for the development of the MIDI, whose name stands for Musical Instrument Digital Interface.

Translated for the non-audio geeks: MIDI allows for the transfer of information between electronic instruments and other audio equipment. Once connected by a MIDI port and cable, multiple instruments and electronics become compatible and can be played from a single controller. A common example is using a MIDI to connect a keyboard or drum pad (the controller) to a computer running an audio software program like Ableton Live.

When Smith invented the MIDI in 1983, it changed how artists composed music and gave birth to the home recording studio. Thirty years later, it’s still a big deal — MIDI is a dominant technology in audio gear and an inexpensive way to produce electronic music.

“We gave it away,” Smith said with a laugh. “Maybe that wasn’t such a great idea? But it wouldn’t have worked as easily.”

Smith didn’t start off with lofty ambitions. The San Francisco native said he only went to UC Berkeley as a way to avoid being sent to Vietnam. “I wasn’t a great student,” Smith recalled. “I didn’t go to my own graduation.” He also played guitar, bass, and keyboard in a few bands as an undergrad, but said, “it didn’t go anywhere.”

After college, Smith moved to San Jose to work with microprocessors and continued playing music on his own, buying his first synthesizer in 1972 and starting a side business from his hobby of making add-on sequencers and programmer devices for it. Synthesizers are electronic instruments that can imitate real instruments and play artificial sounds, sometimes controlled by an attached keyboard. Microprocessors are a little silicon chip that acts as the brain of a computer, taking in digital data and telling the computer what to do with it based on instructions in its memory. Smith’s work and play came together when he designed and built his first synthesizer in 1978, the Prophet-5.

With the Prophet-5, Smith created in his garage what no leading synth manufacturer had thought to do: He took the microprocessor and combined it with existing innovations in low-cost synthesizers, making the first affordable and programmable analog synthesizer. Previously, synths were limited to playing one note as a time, but with a microprocessor, the Prophet-5 was able to play up to five notes at the same time, which allowed for a more textural, sweeping sound.

The Prophet-5 helped Smith turn his side business, Sequential Circuits, into a real enterprise. Even though it cost $4,495 when it came out, the Prophet-5 was on back-order for its first few years, selling well through the early Eighties. Pink Floyd used a Prophet-5 to get the theatrical sound of The Wall; every member of Talking Heads had one; and even now, the vintage synth is prized among young electronic producers.

The microprocessor solved one problem Smith had with synthesizers — but not what he viewed as the bigger issue, for musicians and for his business. As artists started using multiple synthesizers made by different manufacturers — each offering a separate sound — they would have to haul them all on stage or into the recording studio and take written notes on when and where to play each in a song. The leading synth manufacturers, of which there was only a handful back in the early Eighties, had started developing proprietary ports that allowed only their brand of instruments to connect, but that were not compatible among different brands. Smith believed that if all synths had a universal interface, the industry would grow as a result.

Initially, Smith didn’t have a lot of support for the idea that would become the MIDI. At an audio engineering society event in 1981, he presented what he described as “a call to arms.” “I said, ‘We really need to do something. Who wants to get involved?'” Smith recalled. None of the American manufacturers got behind it, but the Japanese company Roland did, along with four other Japanese manufacturers. Roland’s founder, Kakehashi, offered up his team of engineers and the digital interface they’d been working on for its own synthesizers. Less than a year later, Smith and Kakehashi successfully connected a Prophet 600 to Roland’s Jupiter-6 at the National Association of Music Merchants (NAMM), and soon after, started shipping synths with built-in MIDI jacks.

“The response was near turmoil,” Smith said. “Manufacturers resisted it.” But with Roland and the other Japanese manufacturers, plus Sequential Circuits, MIDI launched with a 50-percent market share. The word got out among musicians, and manufacturers felt pressured to include MIDI in their products. By the late Eighties, MIDI was ubiquitous. “Back then, the industry was still pretty small,” Smith said. “If we tried to make it happen today, it would be difficult.”

Yet as the MIDI flourished and the synthesizer industry grew, Smith’s company hit hard times. Smith said Sequential Circuits grew too fast, employing up to 170 people in San Jose, where its synths were manufactured. The business had also tried to enter the computer market too early, he said, working on synthesizers that connected to personal computers before home recording had really taken off. Sequential Circuits was sold to Japanese manufacturer Yamaha in 1988.

In the mid-Nineties, Smith developed a software synthesizer, a computer-based instrument, but decided he didn’t like the sound. He returned to making analog synths ten years ago, slowly growing Dave Smith Instruments from his house. Today, Dave Smith Instruments employs a dozen people. The company sells a few thousand instruments a year to artists like Trent Reznor, Richie Hawtin, and Hot Chip. Smith’s favorite band, Radiohead, also uses his synthesizers.

With MIDI’s thirty-year anniversary this year, many have contemplated what its legacy will be, from the corny synth music it created in the Eighties to the tools it has given artists today. MIDI is still one of the cheapest and easiest ways to make music using only a keyboard connected to a computer. As Smith put it, “Anyone can use MIDI.” Now whether that’s a good or bad thing, Smith smiled and said, “It kind of depends on who you ask.”