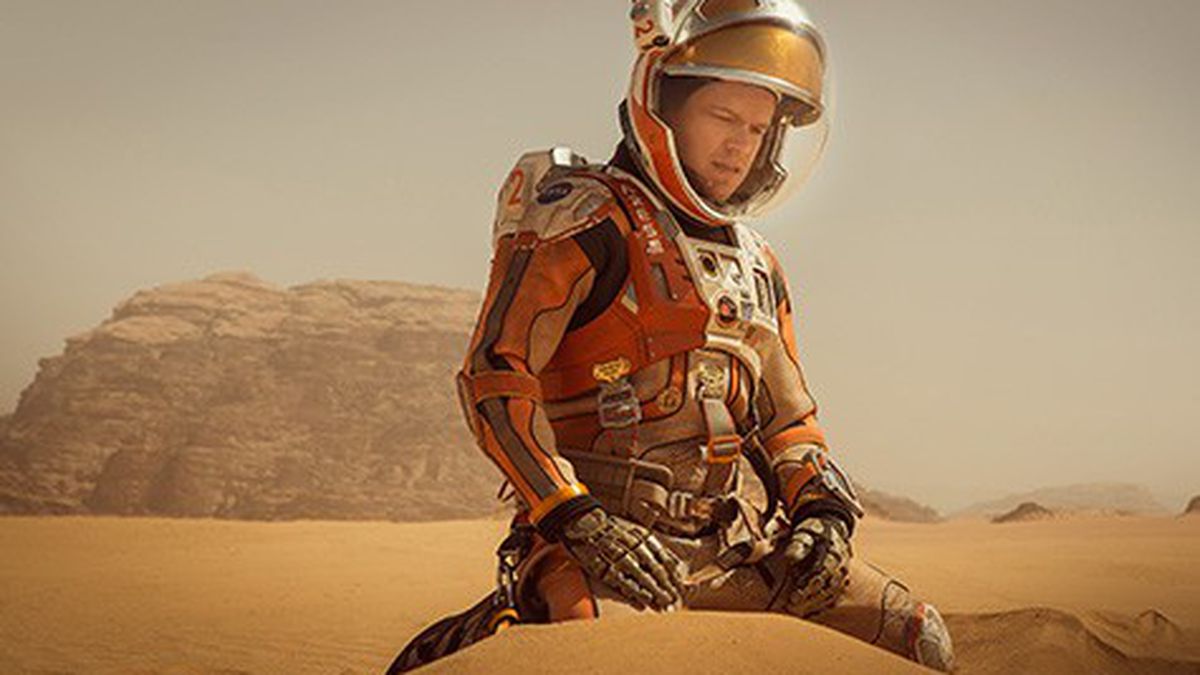 ‘The Martian’: All Is Not Necessarily Lost

Ridley Scott's latest, starring Matt Damon, takes all the romance out of Mars, but substitutes in its place science, cooperation, and human perseverance.

With The Martian, it’s almost as if Ridley Scott felt personally challenged by the award-winning grandeur of Alfonso Cuarón’s Gravity, and then decided to show the movie-going public that he, the creator of Blade Runner and the Alien franchise, was still king of the spacey sci-fi cinematic world.

He comes amazingly close to proving just that. Filmmaker Scott’s 34th directorial effort, the adventures of an astronaut named Mark Watney (Matt Damon) accidentally left behind for dead on the title planet by his teammates, refits a well-thumbed space-opera plot with superior special effects — always a plus for its intended audience — but also with the ingratiating presence of able-bodied everyman Damon, now more than ever the go-to guy for spy-soldier-spaceman heroics combined with All-American approachability. Even talking to himself inside his mission’s abandoned red planet HQ, he’s easily the most interesting man on Mars.

Mark stays thirsty, my friends. Also hungry. He faces the same general obstacles that Robert Redford did in the solo-yachtsman-adrift yarn All Is Lost. In the midst of inventing ways to keep himself alive, interplanetary botanist Mark carries on a long, drawn-out communication with the NASA support staff back on Earth, including the agency chief played by craggy Jeff Daniels. One of the charms of The Martian is that absolutely no ordinary “outside” citizens are depicted, only scientists and astronauts. All nerds, all the time, with a full cast of awkward, bespectacled weenies featuring Chiwetel Ejiofor, Mackenzie Davis, Sean Bean, Kristen Wiig, pilot Jessica Chastain, and Donald Glover as Rich Purnell, the ultimate techie — he can’t walk across a room without tripping over the furniture, but has the know-how to save the day.

Mars looks a lot like New Mexico. It was reportedly shot in a Jordanian desert known for its reddish hue. While we’re waiting for Mark to be rescued, it occurs to us that the formerly mysterious red planet is rapidly filling up with space junk and assorted military hardware — joining Iraq, Afghanistan, and other choice locales at the end of the line for our tax dollars. And yet such mundane objections fly out the hatch when Mark does his Iron Man imitation in deep space. The Martian takes all the romance out of Mars, but substitutes in its place science, cooperation, and human perseverance. Fair bargain.

Letters to the Future