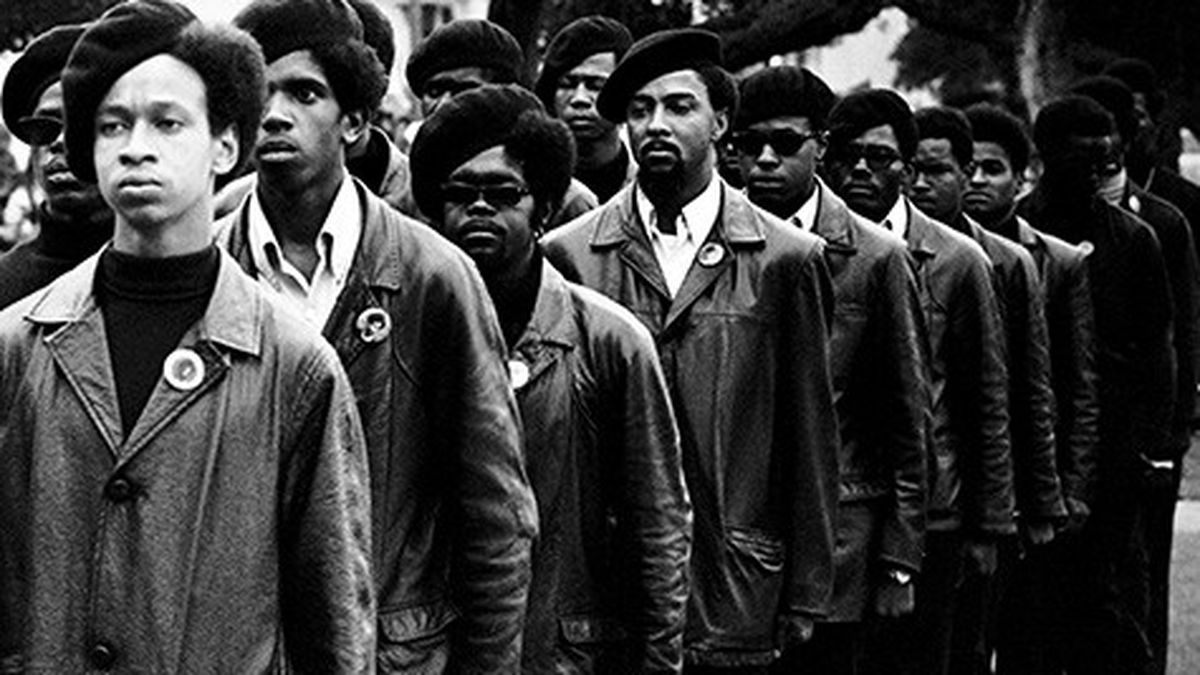 Right On!: ‘The Black Panthers: Vanguard of the Revolution’

This rousing, sorely needed documentary shows how much, and how very little, has actually changed when it comes to police brutality and Black resistance.

Difficult as it might be to believe in today’s atmosphere of “wars without end” and unprecedented police/security/military intrusion into the social mechanism, there was once a time in which large numbers of ordinary people talked openly of revolution. Stanley Nelson’s bracing new documentary The Black Panthers: Vanguard of the Revolution takes us back to that time.

It started in Oakland. Outfitted with a bonanza of thrillingly candid broadcast news footage and still photos, the doc shows how Huey Newton, Bobby Seale, Eldridge Cleaver, and other like-minded young East Bay African Americans banded together, circa 1966, to protect themselves from police brutality. They called themselves the Black Panther Party. In the days before ubiquitous metal detectors and SWAT teams, Newton apparently studied the laws and found that citizens had the right to carry unconcealed firearms. The sight of leather-jacketed, beret-wearing Black men walking the streets with shotguns in their hands shocked America from coast to coast, provoking fear among nervous police and politicians, or in the Black community, awakened resistance to injustice.

A multitude of more than fifty talking heads explains that unlike the Southern civil rights movement and its voting campaigns, the Panthers’ emphasis on such survival issues as housing, education, and nutrition was something Northern Black people could relate to. It caught on all over the United States. Anyone could join right off the street. And the Panthers displayed a remarkably sophisticated leftist political approach, with anti-imperialism at the forefront during the Vietnam War. Combined with the popular free breakfast program, free health clinics, and food giveaways in poor neighborhoods, the BPP demonstrated a powerful sense of community.

They also galvanized a dedicated group of enemies. J. Edgar Hoover’s FBI, rightwing pols from Nixon to Reagan (the latter was California’s governor during the Panthers’ heyday), local police departments across the nation, alarmist DAs, hostile judges, COINTELPRO infiltrators, and snitches — but notably few mainstream news orgs, in those pre-Fox News days — declared war on the Panthers. Tellingly, a former LAPD officer admits that the BPP’s “Off the Pig!” battle cry only really bothered cops when it was suddenly taken up by white college students. While lefty intellectuals hosted “radical chic” cocktail parties (a veteran Panther chuckles at the memory) and anti-war youths formed alliances, law-and-order officials seriously worried about mass civil unrest, especially during the horrendous events of 1968: the MLK and RFK assassinations, the Chicago Democratic Convention riots, etc.

Producer-writer-director Nelson, who made the blistering history-lesson docs Jonestown and Freedom Summer, organizes the issues and personalities of the 1966–1975 era with a free-flowing command (fine film editing by Aljernon Tunsil) that could ideally put the Panthers in perspective for younger viewers as well as the ones who lived through it. Nelson’s film may indeed be the way to tie in our heated recent national discourse on police-African American relations with the struggles of not so long ago. Eventually, most Panther leaders dropped out of sight and out of the public mind: Newton killed in a drug shootout; Cleaver rendered irrelevant; Chicago revolutionary Fred Hampton murdered in his bed by police; with only Bobby Seale surviving as a present-day activist. The “pigs” of that era may have won the big battles, but they eventually lost the war. See Nelson’s rousing, sorely needed documentary and be amazed at how much, and how very little, have actually changed. What goes around comes around.