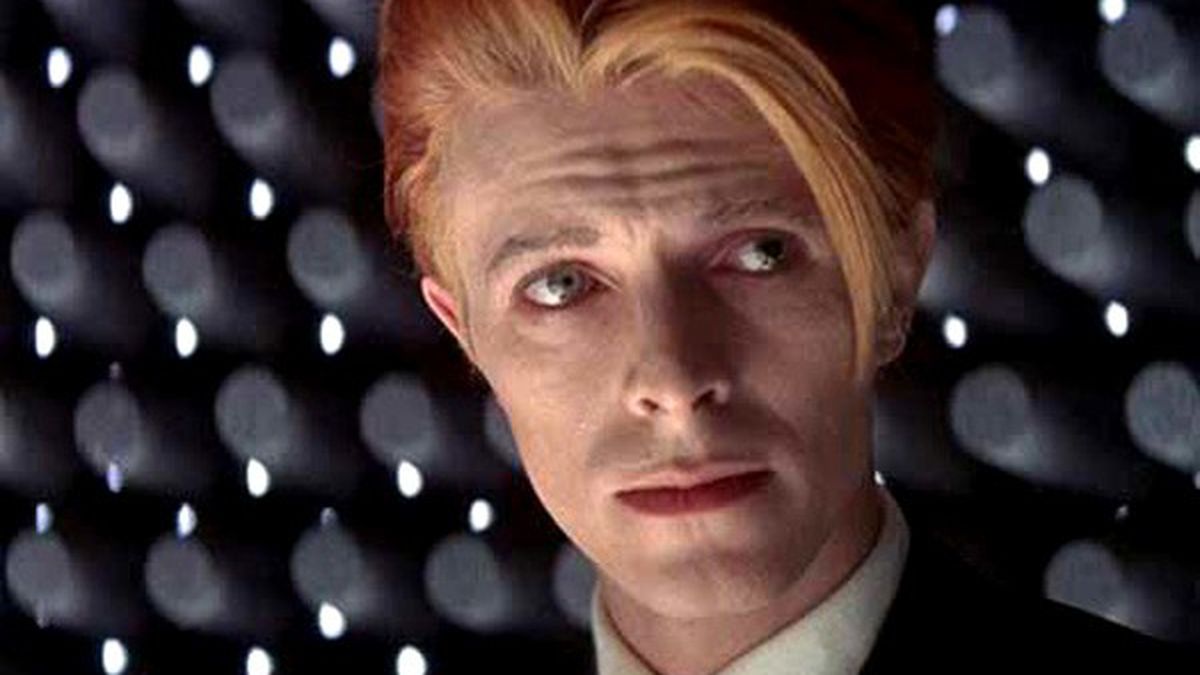 The Man Who Fell to Earth

Film historian David Thomson thought the 1976 cut of Nicolas Roeg’s The Man Who Fell to Earth was narratively incoherent, a “bleak parable” that is “nonsensical and precious.” Reviewer Christopher Long, speaking of the restored version now being re-released on home video as well as in theaters, said “the film could now be considered not quite entirely incomprehensible.” Critic Dave Kehr saw the original version as “ultimately an empty thing.” Roger Ebert’s 2011 review of the re-release opined that “the plot isn’t worthy of the performances.”

But never mind all that. The wonderment threshold has been raised considerably since the days when Roeg and his leading man David Bowie were pop-culture sensations. And so it’s an opportune time to revisit Roeg’s misunderstood sci-fi idyll, especially in light of Rialto Pictures’ new “director’s cut,” which restores some twenty minutes of the filmmaker’s intentions.

It’s still a little wobbly in the story department. Extra-terrestrial traveler Thomas Newton (Bowie) splashes down in a New Mexico lake and soon becomes one of the world’s richest men via the “nine basic patents” he files with the help of his obliging lawyer, Oliver Farnsworth (Buck Henry). But despite wealth, superior intellect, and his resemblance to Ziggy Stardust, Tommy is unhappy. He misses his family back on the unnamed home planet.

So he moves with his girlfriend Mary-Lou (Candy Clark), a former hotel maid, to the aforementioned lake and launches his own private space program in order to get back home. Meanwhile, sinister quasi-governmental intelligence operatives are conniving with Tommy’s scientific adviser, Nathan Bryce (Rip Torn) — a university prof with a satyriasis problem — to do to Tommy what national-security spooks always do to aliens: lock ’em up and dissect ’em.

Roeg, a former cinematographer (The Masque of the Red Death, Fahrenheit 451) who moved to directing with the Mick Jagger vehicle Performance (1970) and the Australian dazzler Walkabout (1971) — his two best films — gives his $1.98 space-man allegory a visual style that seems dated by 2011 standards. Too many zooms, à la most movies from the Me Decade, but also some very subjective shot blocking and an odd feel for his protagonists, especially the wan, brilliant-redhead Bowie. The trippiness of the camera work lends itself to Tommy’s otherworldly predicament, but only in the most literal way as he bounces from one alienating set to another. Attitudes and references are applied to the screen like bandages. There’s always a TV set on, and it’s often garbage. The soundtrack jukebox never stops. Roeg’s tour of America is as jaundiced and facile as that of Michelangelo Antonioni in Zabriskie Point.

For such a skeletal scenario, the casting is excellent. Bowie’s iconic face was never captured so enigmatically, although his acting remains a question mark. Clark, a Bowie doppelganger, displays an extra helping of the folksy candor that made her the It Girl of 1976. Torn does what he’s told in a thankless role as the horny scientist — the added footage consists largely of sex shots, including full frontal male and female nudity. The Man Who Fell to Earth must have been fun to watch at a midnight show with a stoned audience back in the day, but now it’s kind of a chore. The real stranger from another planet is Nicolas Roeg, not Thomas Newton.