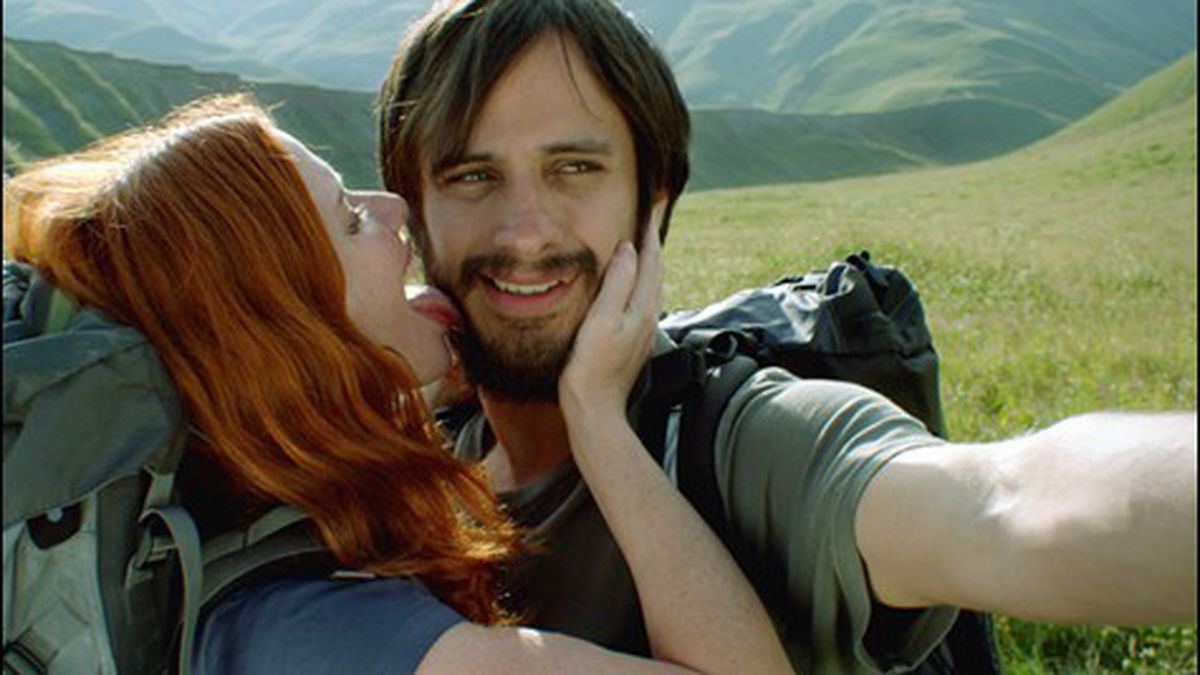 Baby, it's a wild world.

Julia Loktev’s The Loneliest Planet puts us in mind of Kelly Reichardt’s Meek’s Cutoff, another movie featuring long scenes of taciturn, preoccupied characters bumbling through the wilderness. But the similarity ends there.

The trek through the ominous Caucasus Mountains by tourists Alex (Gael García Bernal) and Nica (Hani Furstenberg) and their gruff local guide, Dato (real-life mountaineer Bidzina Gujabidze), has more to do with primal male-female relations and the mysterious mechanism of fight-or-flight than with quixotic searches for overland routes to the ocean. For some reason, the two innocent foreigners choose Georgia — the former Soviet republic where everyone carries a rifle and subtexts have a way of coming to the surface with alarming suddenness — for their romantic getaway, but now they’re beginning to regret it. Alex and Nica behave as if they don’t have a care in the world, but they forget that they’re in a part of the world where you cannot afford to be careless. They didn’t do their homework.

New York-based Ms. Loktev, a native of St. Petersburg, Russia, shies away from Deliverance-style overt weirdness, but we feel it all around the two tenderfeet as they slip on rocks and misunderstand the landscape as well as its inhabitants. Even though the stresses that pull on their relationship are tiny and mostly below the surface, they run deep. Nothing hurts quite as much as self-doubt, and The Loneliest Planet is carpeted in it. It’s a tough film to love, but it rewards close attention with candor.