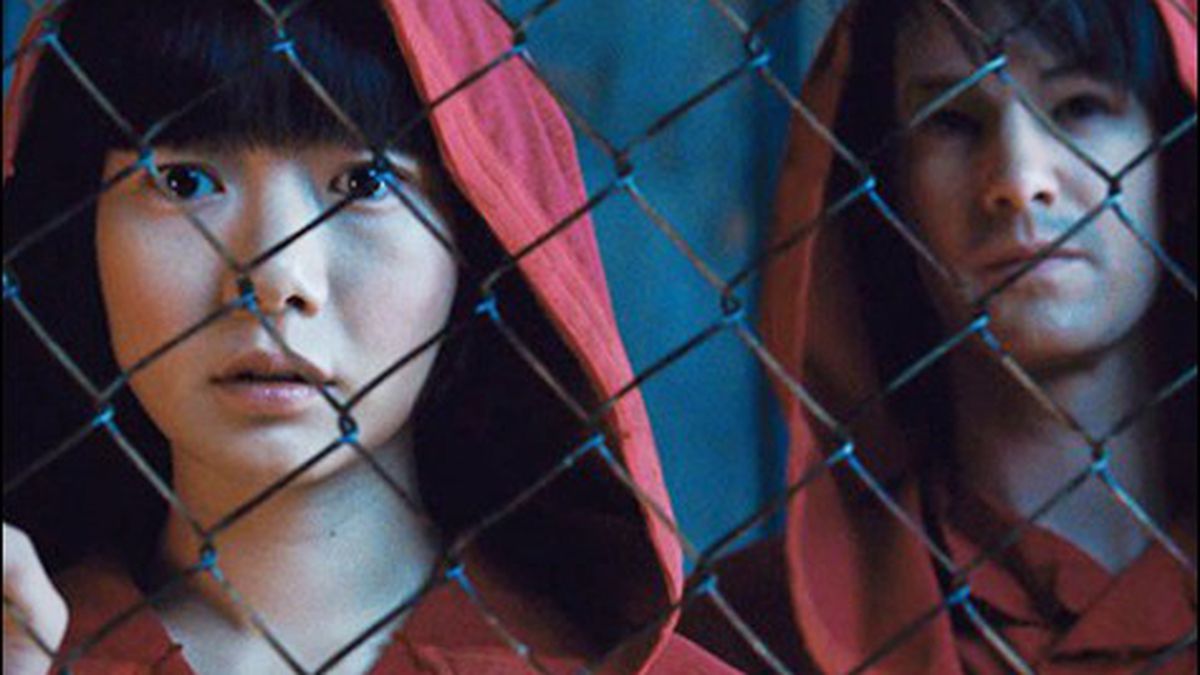 Once upon a time in the future.

In bringing author David Mitchell’s labyrinthine Cloud Atlas to the screen, the directorial tag team of Tom Tykwer, Lana Wachowski, and Andy Wachowski was faced with narrative dilemmas revolving around the novel’s length (509 pages), its frequently ornate language, and the complexity of its six interlocking plots. It’s a pleasure to say the filmmakers not only solved the low overcast problem, but also that their collaboration is one of the few major releases of the season that lives up to its hype.

Don’t worry about those six competing novella-size stories getting in each others’ way. There’s nothing here the mosaic-wise modern media audience can’t handle. The best strategy is to relax, drink in the images, put your brain on cruise control (while still listening to the characters), and let the movie sort itself out.

Chronological order matters, at first. The anchor of the piece is the 19th-century tale of a writer whose chance acquaintance with a “savage” stowaway aboard a ship bound for San Francisco from New Zealand changes the history of the world. Then, advancing in time, we witness: a 1930s contest of wills between a young classical music composer and his tyrannical employer, a crotchety maestro; a reporter investigating a malevolent utility company in the 1970s-era Bay Area; the comic predicament of a man imprisoned in a senior living facility in 2012 England; the grim chronicle of a “fabricant” restaurant worker and her unlikely ally in mid-22nd-century Neo-Seoul, Korea; and, finally, a struggle between peaceful villagers and cannibals on the “Big Isle” of Hawaii sometime “After the Fall.”

Instead of presenting each story as a discrete nugget, the co-directors interweave the events in a long, careful crescendo of crosscutting. It takes some getting used to, but we’re shepherded by the recurrence of actors as well as by the continuity of Mitchell’s persistent theme: rebellion against tyranny. The most compelling narrative centers on Sonmi-451 (played by South Korean actress Doona Bae), a disposable, semi-robotic restaurant waitress whose love story with a human named Hae-joo Chang (Jim Sturgess) awakens her conscience and her social responsibility as an Earth dweller.

As the stories unfold, Bae and Sturgess play multiple roles, as do Tom Hanks, Halle Berry, Jim Broadbent, Susan Sarandon, Hugh Grant, Ben Whishaw, David Gyasi, and James D’Arcy in the large cast. Hugo Weaving, nemesis of the Wachowskis’ Matrix movies, sticks to villainous parts throughout (his Nurse Noakes is a wonderfully hideous piece of work), but Hanks, Broadbent, and Grant all cross back and forth from protagonist to antagonist, with elaborate changes of makeup.

And yet what we can only call the moral thrust of Cloud Atlas remains consistent. Mitchell’s novel plays to the Wachowskis’ and Tykwer’s strengths as creators of characters in conflict with oppressive hierarchies — check Run Lola Run, V for Vendetta, The International, etc. The lesson of all six fables: Don’t be cowed by bullies and bosses. Link up with like-minded folks and resist. Make them pay. (We’d like to see these three filmmakers produce an intelligent screenplay on the Occupy movement. America’s urban protestors appropriated the Guy Fawkes mask from V for Vendetta — it’s time to return the favor.) Other major threads: tattoos, masters versus slaves, the notion that women will not be denied, oceans and shores, violence, and reincarnation. Metaphors rebound on each other. The novel’s lustrous prose survives in abridged form. The problem with most sci-fi is its limited ambition. Mitchell’s fiction, however, has real substance and a beauty of language to go with its universal humanity.

Hanks’ “Dermot Hoggins” cockney accent is awful, but his prosthetic overbite in the Dr. Henry Goose role is somehow ingratiating — he seems to enjoy playing daffy characters. Ditto Broadbent the old pro, growling and whimpering. Grant’s underhanded corporate technocrat Lloyd Hooks bears a disturbing resemblance to the Mittens. Berry convinces as the nosy magazine writer and also as the ultimate keeper of the Kona hearth. Whishaw and D’Arcy, playing unlucky lovers Robert Frobisher and Rufus Sixsmith, provide one of the keys that unlock the chain of coincidences.

Bae and Sturgess may be the unlikeliest of lovers, the subdued-but-studious clone and the guy in the fake-looking “oriental” makeup, but their adventures in the bowels of Neo-Seoul provide the necessary Matrix-style shootouts to go with the elliptical workings of Mitchell’s time travels. The Wachowskis directed the two futuristic episodes plus the Adam Ewing sailing ship tale; Tykwer handled the composer, reporter, and old folks’ jailbreak stories, and also composed the music score, including “The Cloud Atlas Sextet,” Frobisher’s elusive main musical cue. It’s entirely possible to enjoy Cloud Atlas solely for its spectacular visuals and grandiose play-acting, but anyone wishing to get down to the heart of the myth has only to pick up on Sonmi-451’s words: “Our lives are not our own. From womb to tomb we are bound together, past and present.”