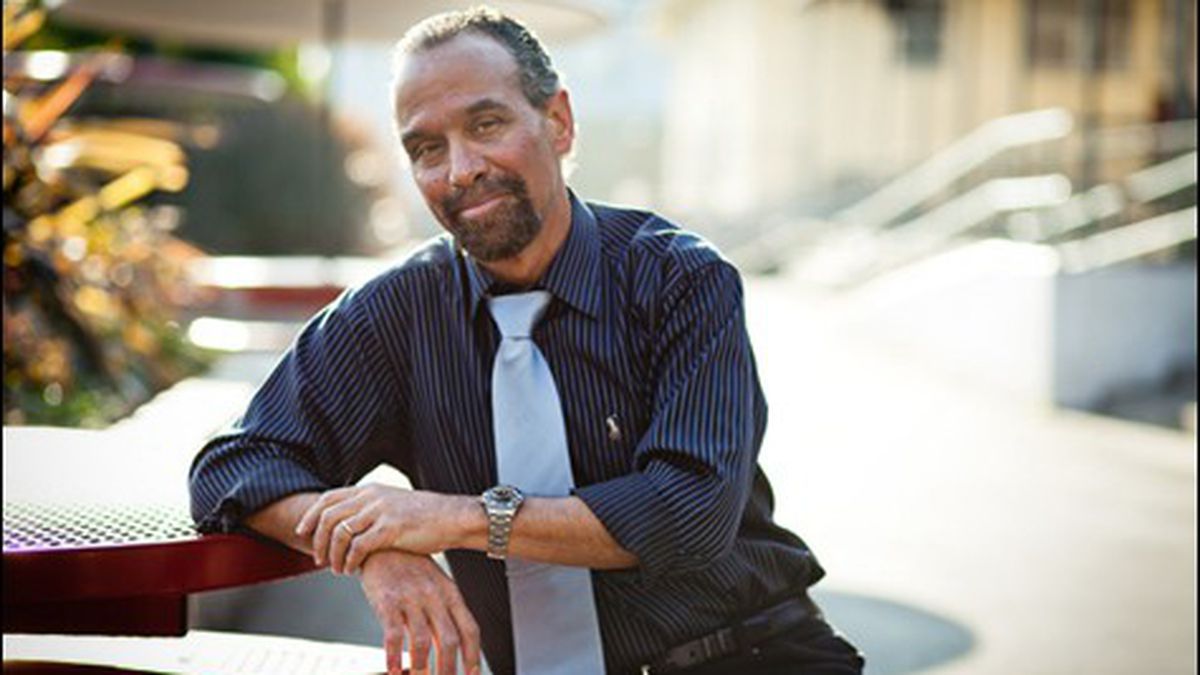 Oakland School of the Arts is becoming increasingly competitive as other public schools slash arts programs.

Even if you’re not trying for it, it’s almost impossible to not think about Fame when you walk into Oakland School for the Arts’ facilities in the Fox Theater building. Every corner you turn, there are clusters of middle-school students practicing flute and violin in miniature makeshift orchestra pits; gaggles of theater kids running lines together for Les Miz or Of Mice and Men; impossibly graceful girls practicing modern dance steps alone in front of a mirror with impenetrable focus. The walls are papered with student-drawn art and fliers for upcoming performances; you half-expect a musical number in every hallway.

And indeed, it took the school’s executive director, Donn Harris, all of four minutes in a recent interview to draw the Fame comparison himself, if in a slightly tongue-in-cheek way. Harris is the school’s third director since it opened in 2002 as then-Mayor Jerry Brown’s baby; back then, the school had only a fraction of the student body it has now and operated out of the Alice Arts Center. Since then, OSA — a free public charter school open to all California residents between sixth and twelfth grades — has grown to serve 599 students in the 2010-2011 academic year, each specializing in one of nine arts disciplines.

OSA is regarded nearly as highly for its arts programs as for its academics: In a school district where roughly four in ten students drop out before the end of high school, OSA maintains a near-perfect graduation rate. Students have gone on to Columbia, Stanford, and Berkeley, as well as a slew of high-profile art schools. “We really do try to balance a rigorous college-prep curriculum with pre-professional, conservatory-style arts training,” Harris said.

All of this is increasingly important as cuts to education funding have meant public-school arts programs are disappearing up and down the state. According to a survey of local education agencies conducted by the California Department of Education, some 48 percent of districts were forced to cut or eliminate their arts, music, and drama departments between 2008 and 2010, and many educators predict further cuts down the line as funding continues to shrink. With that in mind, Harris said, OSA’s mission becomes even clearer. “We’ve always occupied a niche,” he said. “But with cuts like this, our purpose becomes even more illuminated.”

Yet as kids with artistic ambition and aptitude have fewer and fewer options, OSA is increasingly in the position of turning down prospective applicants. Harris said that last year the school admitted about 120 kids out of 400, for an acceptance rate of less than a third. In other words, it’s statistically easier to get into eight of the ten UC schools than it is to get into OSA. The admissions process is also about as involved as the college-application process (that’s where the Fame comparison comes in): In addition to transcripts, prospective students are required to submit teacher recommendations, after which they must do an interview and an audition. From there, the requirements vary based on discipline, but they’re all equally rigorous: Literary arts concentrators, for example, submit a portfolio of work and do an on-site writing exercise, according to a bulleted list in the admissions handbook; vocalists sing a three-minute musical selection a capella; and dance students need to be able demonstrate classical knowledge and dance in an ensemble.

None of this is intended to be draconian or exclusionary, of course, and Harris said teachers also give great weight to potential and enthusiasm, especially for younger kids. OSA also makes efforts to recruit from underserved districts and communities; at this point, about 75 percent of its student body comes from public schools. But with those public schools besieged by funding cuts, OSA is faced with an unfortunate irony: As poor communities are increasingly deprived of arts programs, it’s more and more important to Harris and his colleagues to get those kids in the door. But they often lack the training they need to make it through OSA’s exhaustive admission process. Even if school officials are willing to take a chance on a kid that exhibits passion over polish, that can only be extended so far when students are expected to play in an orchestra or dance in a ballet with students of more training. “It’s harder and harder to get kids from public schools,” Harris said. “It becomes a class issue.”