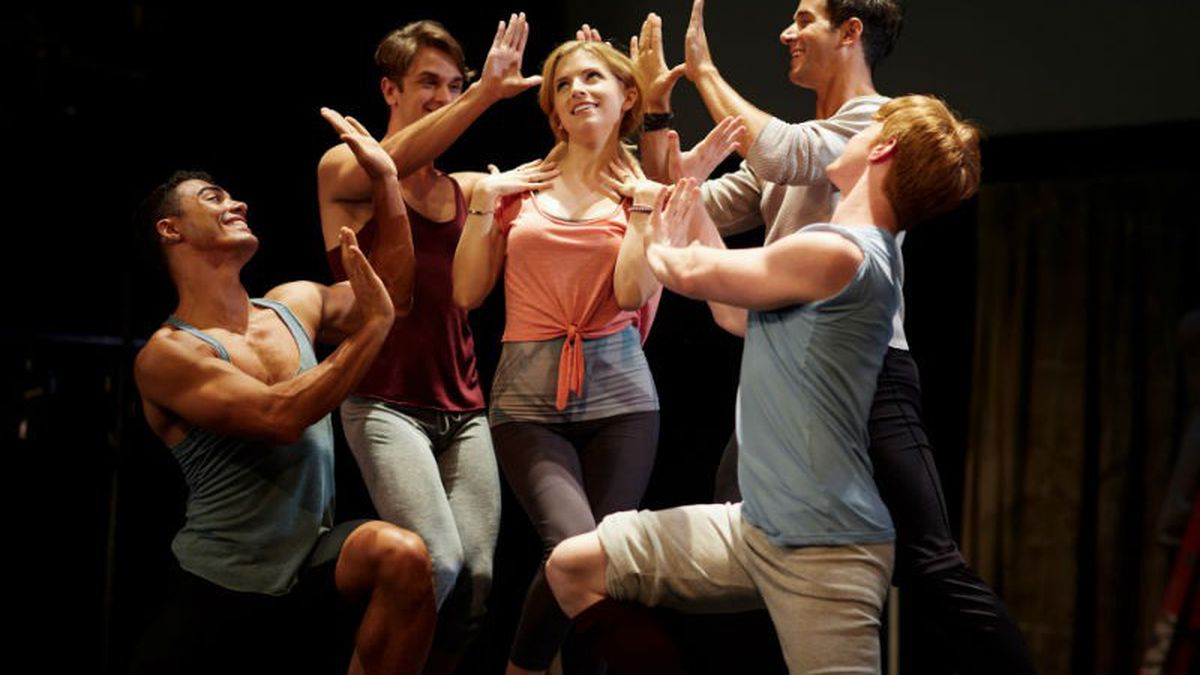 Another dispatch from the Way-Back Machine. Cathy (Anna Kendrick) and Jamie (Jeremy Jordan), the young lovers in Richard LaGravenese’s The Last Five Years, behave like screen musical characters from fifty years ago. The tale of their unfortunate tryst, told in a gimmicky back-to-front/front-to-back style courtesy of writer-composer Jason Robert Brown’s Broadway play (adapted and directed by LaGravenese), is coated with a maudlin glaze it cannot shake.

Unsuccessful actress Cathy sings her version of the story arc from the ending (when she and Jamie break up) back to the beginning scene, when they first meet in Brooklyn. Intercut side-by-side with her performance is successful novelist Jamie’s side of the relationship, arranged from the beginning to the wreckage, also in song. She’s his “Shiksa Goddess”; he’s her, uh, boogie-woogie bagel boy. At midpoint, when he proposes marriage and she accepts, they sing a love duet in Central Park. On either side of that deliriously happy high point, their affair is pretty dismal, as are the songs themselves.

Kendrick’s Cathy has a fragile, doll-like beauty, as if she were created in a lab. She and Jordan’s Jamie make a pretty homogenized-looking couple for contemporary New York, despite their diverging trajectories. His career moves up as hers sinks (I will not fail so you can be comfortable/I will not lose because you cannot win). Their affair is almost as full of doom as West Side Story but the melodies are nowhere near as memorable. Once more, we realize how much we miss the team of Leonard Bernstein and Stephen Sondheim.

It is possible to understand the impulse to bring a hit stage musical to the big screen, but sitting through The Last Five Years is one of the most enervating experiences of this young year at the movies. Five years? Feels like five hundred. The staging is very imaginative for such a routine drama. The performances are of a requisite professional standard. However, the tunes are almost as depressing as the scenario itself, which is enough to send audiences home to stick their heads in the oven. What could Cathy and Jamie have possibly seen in each other? And what would make them want to put us through the same agony?