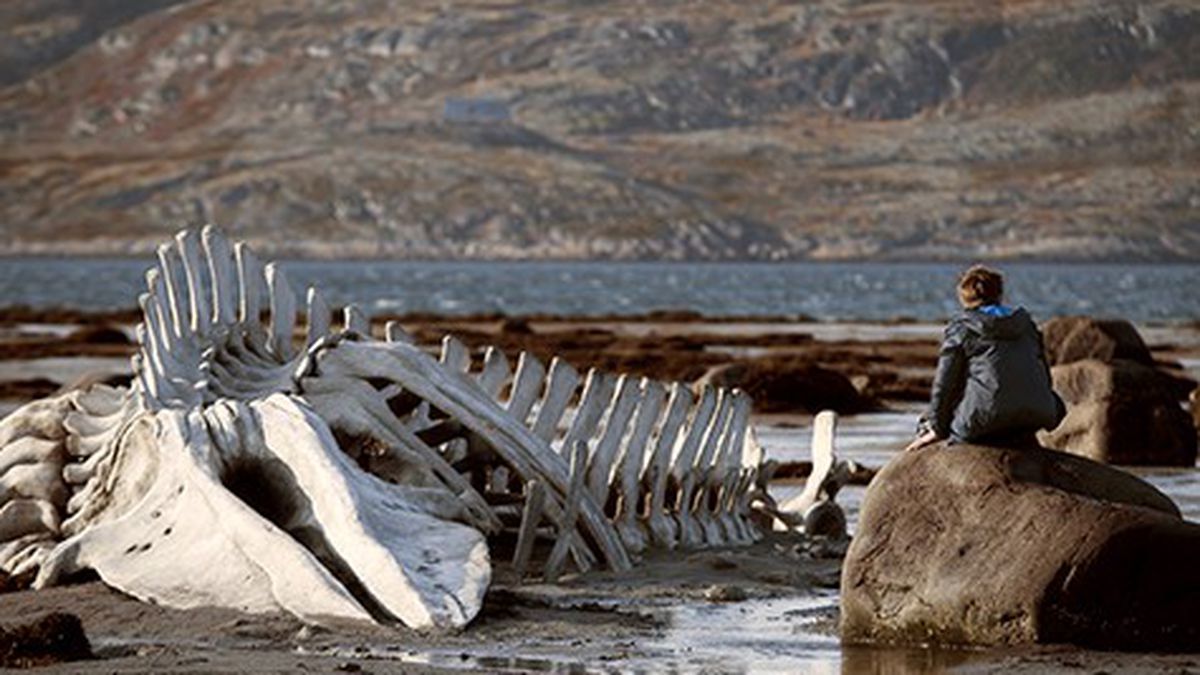 A bitter modern-day parable on the "new" Russia.

The recent release Red Army takes a light-hearted view of the transition from the communistic Soviet Union to the capitalism-with-strings of the Russian Federation, through the eyes of a star ice hockey player. Andrey Zvyagintsev’s Leviathan covers the same general territory — how life is lived in the former USSR — but with a cold-blooded jaundice that asserts itself in the opening few minutes. To borrow a hockey metaphor, it takes off the gloves and starts a bench-clearing fight in the first period.

Kolya Sergeyev (Aleksey Serebryakov) is an independent spirit who runs an auto-repair business out of the house he shares with his much younger wife Lilya (Elena Lyadova) and his teenage son from a previous marriage, Roma (Sergey Pokhodayev). The house is the focal point of Kolya’s tribulations. It’s a modest home but the setting is magnificent, on a rise overlooking the Barents Sea in a backwater fishing community in northern Russia.

It’s immediately established that the town’s mayor, Vadim Shelevyat (Roman Madyanov), wants Kolya’s land and will stop at nothing to get it. Vadim, a fat, drunken, greedy, arrogant boss man, is an obvious holdover from the old Soviet system, which uses the police to lean on the small-fry handyman. The mayor offers a buyout, but Kolya stubbornly refuses. Kolya recruits his lawyer friend Dima (Vladimir Vdovichenkov) to take tough action against Vadim and his cronies, who claim they want Kolya’s property for a communications center. Long-standing resentments are enflamed by vodka. Kolya gets invited to an eerie guns ‘n’ booze party on the outskirts of town. The stage is set and it’s not going to be pretty.

Director Zvyagintsev, who wrote the screenplay with Oleg Negin, takes his time moving the human chess pieces into position. This is not the sort of movie in which the hero rises up and carries the day to the cheers of his neighbors. We are very pointedly set down in a place where cynicism rules and the fix is built in, where the monsters of the deep gobble up little fish without a second thought.

Kolya is a disagreeable character in his own right, combative when he ought to be wary. His friend Dima may be a little slicker than the situation requires. Everyone else, with the exception of the hotheaded son Roma, sits on the fence like a row of crows, cackling and waiting for the scraps. You wouldn’t want to live in this town, but we can take a lesson from our visit. Zvyagintsev (who made the similarly dispiriting The Return) has a talent for bitter, modern-day parables, and it may be reassuring for us to believe that what happens to Kolya only happens in places like the “new” Russia. Keep telling yourself that.