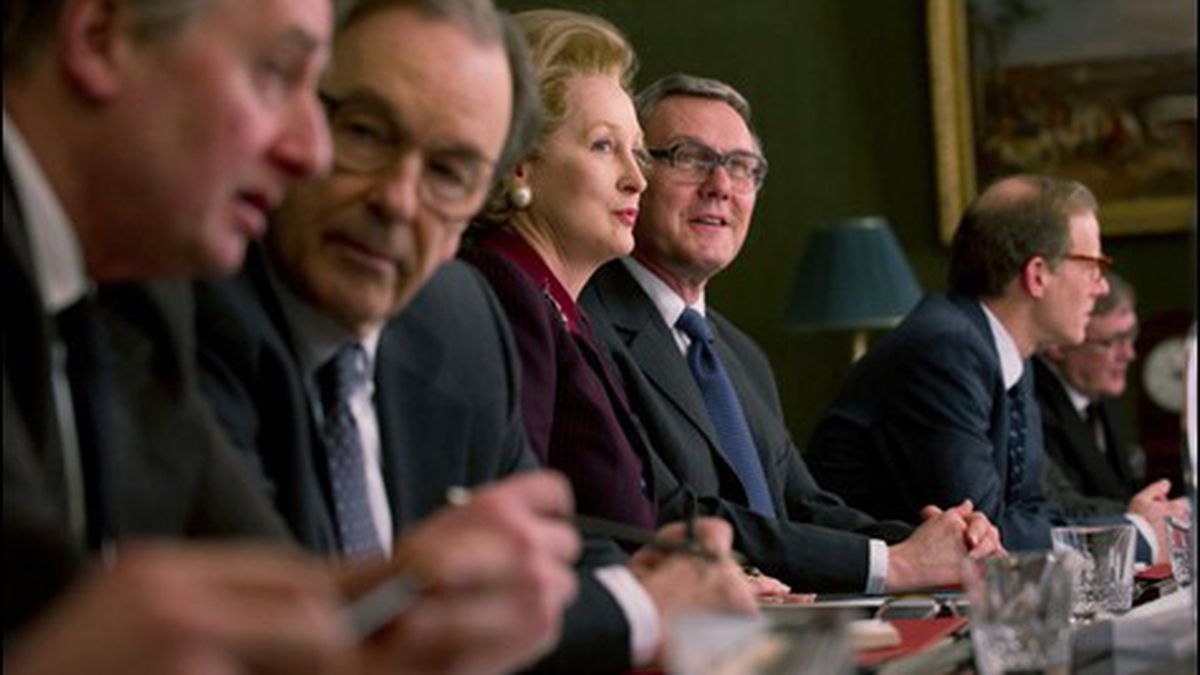 Odd piece of work, The Iron Lady. Not exactly a concept to set spirits soaring. It’s hard to picture the nation’s multiplexes suddenly filled with eager audiences, bubbling with anticipation of having their chance, at last, to find out what really makes Margaret Thatcher tick. Yet that’s the setup of Phyllida Lloyd and Meryl Streep’s sober and rather limited biopic.

The key ingredient is Streep, not necessarily former UK Prime Minister Thatcher. Like Clint Eastwood or Jackie Chan, the 62-year-old queen of American movie actresses is in the business these days of carefully adding cherries to the pinnacle of the stupendous ice-cream sundae of her career, searching for that final, perfect ornament — and seemingly never knowing when to stop.

She should have said no to the Thatcher idea. It can never have been a joyous prospect to portray such a divisive political figure, even though director Lloyd — a stage veteran and ABBA fan who used Streep in Mamma Mia! — and playwright/screenwriter Abi Morgan (Shame, Brick Lane) take pains to envision the conservative career politician as a bundle of apparent contradictions. If showing Ms. Thatcher at home in the throes of senile dementia, hallucinating her late husband Denis Thatcher (Jim Broadbent) and drifting back to the past is intended to humanize her, it’s a pretty faulty device.

What the flashbacks show us is a woman determined to stand up for herself and succeed in the rough-and-tumble man’s world of British politics. We don’t discover much philosophical underpinning for Thatcher’s “straighten up and fly right” public ethos, other than that as a grocer’s daughter the thrifty Margaret Roberts learned the value of hard work and came to scorn the “shackles of socialism” and all that lefty rubbish about feeling sorry for laid-off coal miners and such (“People don’t think anymore; they feel”). The great privatizer also disdains welfare slackers who “take, take, take” — presumably as opposed to enterprising corporations hampered by labor unions and do-gooder regulations in their efforts to give-give-give.

Morgan and Lloyd evidently intend a bit of irony to trickle down through Maggie’s reveries. It does, but not enough to matter. What The Iron Lady is all about is Meryl Streep and her uncanny acting abilities. Our own personal recent favorite from Streep’s gallery is the scolding nun in Doubt, with her horny divorcee from It’s Complicated and the Anna-Wintour-ish fashion harpy from The Devil Wears Prada running closely behind. On the all-time list it’s Silkwood, Deer Hunter, Julia, Manhattan, Ironweed, The River Wild, and Kramer vs. Kramer. In common with most other character actors, Streep is only as good as her script. When the writing stinks, she does too (Adaptation, The Bridges of Madison County, etc.).

Her portrayal of the controversial confidant of Ronald Reagan and Henry Kissinger is certainly some sort of miracle of the pretender’s art (not to mention the makeup department), but more to the point it’s an immense White Elephant, one of the most ponderous in the past year of grandiose impersonations of dubious historical and artistic figures: J. Edgar Hoover (J. Edgar), King George VI (The King’s Speech from 2010), Nicolas Sarkozy (The Conquest), Sigmund Freud and C.G. Jung (A Dangerous Method), Saddam Hussein and family (The Guard), and so on. When it comes to monarchs and heads of state, the crazier the better, as in Vanessa Redgrave’s histrionic imagining of Elizabeth I in the otherwise forgettable film Anonymous.

Alas, ideological hatchet-wielder Thatcher is neither eccentric nor charismatic enough to furnish the baggage a dedicated ham actor like Streep requires. In this case, the subject isn’t quite big enough for the movie star. What historical female is worthy of the treatment? Preferably someone who hasn’t been covered too much. Imelda Marcos? Nah, too much of a makeup challenge. Eleanor Roosevelt? Ditto. Mother Teresa? Puh-leeze. Eva Braun? Might be a contender, on the eerie side. But none of these political femmes has the gusto of an artistic figure Streep could play with one hand tied behind her back: photographer Annie Leibovitz. Try to picture that during the dead spots in The Iron Lady. You’ll have plenty of time for musing.

Ramen Shop and Other Delicious Destinations