.The Hatch: Beer, Burgers, and the Return of a Long-Lost Chef

Plus, the Kwik Way lives again (for a while, anyway). 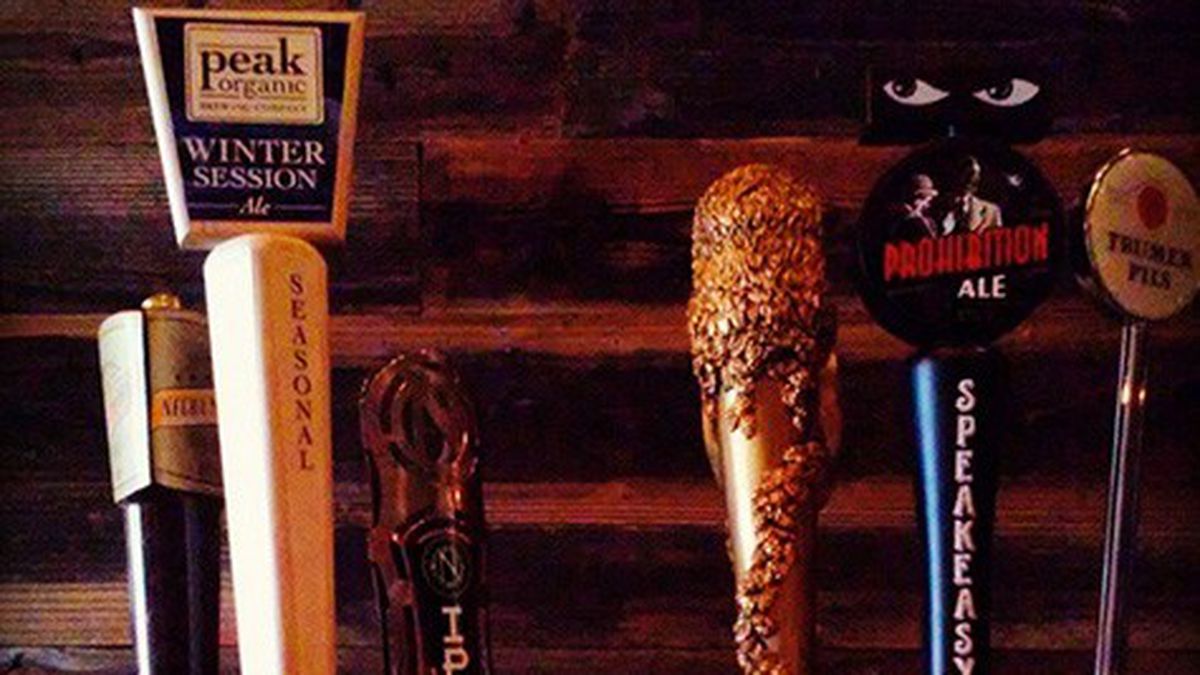 These are heady times for the Oakland beer buff: It seems like an interesting new brewery, beer garden, or craft beer bar opens its doors in The Town almost every week. The Hatch (402 15th St.), which opened in downtown Oakland last month, offers a compelling trifecta. The bar offers the kind of East Bay-centric beer list that locavores have come to expect, plus live entertainment, and, as an added bonus, the return of a beloved Oakland chef. Rico Tiongco, the former chef-owner of Rico’s Diner, is a partner in the venture, and he’ll be getting back behind the grill to run The Hatch’s beer-friendly food program.

Co-owner Pancho Kachingwe has had plenty of experience managing bars and restaurants (including the original Bissap Baobab in San Francisco’s Mission District), but The Hatch is the first place of his own. Kachingwe wanted to open a bar that was intimate and communal, with good food and a space where small acts — particularly bands that don’t necessarily have a huge following — could perform. He said the two-story space on 15th Street, a former Hawaiian Walk In Restaurant, was perfect because of its small upstairs loft, at which The Hatch has already been hosting a variety of live performances and open mic nights.

“We want it to be a place where musicians can feel at home,” Kachingwe said.

As for the food, Kachingwe said he met Tiongco through a mutual friend and approached him about putting together a simple food program — “nothing crazy.” As it turns out, The Hatch is located right next door to Tiongco’s former restaurant, Rico’s Diner, which is now occupied by Hi-Life, a late-night pizza and beer spot. He’ll be competing with Hi-Life for some of that late-night business, too: One of The Hatch’s features will be a late-night takeout window.

I wasn’t able to speak to Tiongco prior to this printing, but Kachingwe told me that for the first month the bar has only been selling bacon-wrapped hot dogs — similar to the ones sold by street vendors in the Mission. Soon, though, Tiongco will expand the menu to include items such as sliders, French fries, and tater tots. Fans of the elevated diner fare at Rico’s will be happy to know that there’s a very good chance that Tiongco’s legendary milkshakes will make an appearance.

If you’ve been mourning the death of Oakland’s Park Way Drive In (500 Lake Park Ave.), aka the Kwik Way, here’s good news and bad news: Despite a developer’s plans to tear the building down and turn it into an apartment complex, the old-school burger restaurant will reopen in the meantime, albeit not strictly as a burger joint and only on a temporary basis.

The Contra Costa Times reports that Alex and Charles Hahn, the owners of the Kwik Way building, have made a temporary arrangement with Merritt Bakery — another iconic, if recently beleaguered, Oakland restaurant — while they finalize their plans to sell the building to an unnamed developer. The bakery has already put up signs in the Kwik Way window and will open the restaurant as a second Merritt Bakery outpost sometime this month.

It’s unclear how long Merritt Bakery will occupy the space, but the Hahns told CCT that it would take the developer one to two years just to secure permits for the proposed construction project. (Whether the city will actually allow the historic Kwik Way building to be torn down completely remains to be seen.)

In an email, Charles Griffis, who runs the 62-year-old Merritt Bakery, told me that he plans to open the restaurant as the Merritt Bakery Kwik Way “Bakery Department” as early as this week. Initially, the Kwik Way outpost will only sell cakes and other baked goods for the holidays, but Griffis said that, starting in January, the original Merritt Bakery location on East 18th Street will be closed for three months in order to install a city-mandated fire sprinkler system. At that point, Griffis said, the equipment used to cook the restaurant’s most acclaimed item, its fried chicken, will be transferred over to the Kwik Way — welcome news for those looking for an alternative to the KFC located a few doors down. Griffis didn’t respond to a request for further menu details, so it’s unclear whether burgers and milkshakes will be served as well.

The collaboration brings together two restaurant entities with tumultuous histories. The Kwik Way, of course, sat empty for years before restaurateur Gary Rizzo reopened it in 2011, only to close it again abruptly this past August: The kitchen was stripped of all equipment overnight, and an accusatory note directed toward the landlords, presumably written by Rizzo, was left on the window.

Meanwhile, Merritt Bakery has suffered serious financial difficulties. In recent years, the restaurant was bailed out by a series of loans from the City of Oakland, and the latest renovation project comes in the wake of a major fire that temporarily shut the restaurant down last May.

Next ArticlePresident Obama Signs ‘Ceasefire’ in War on Medical Marijuana