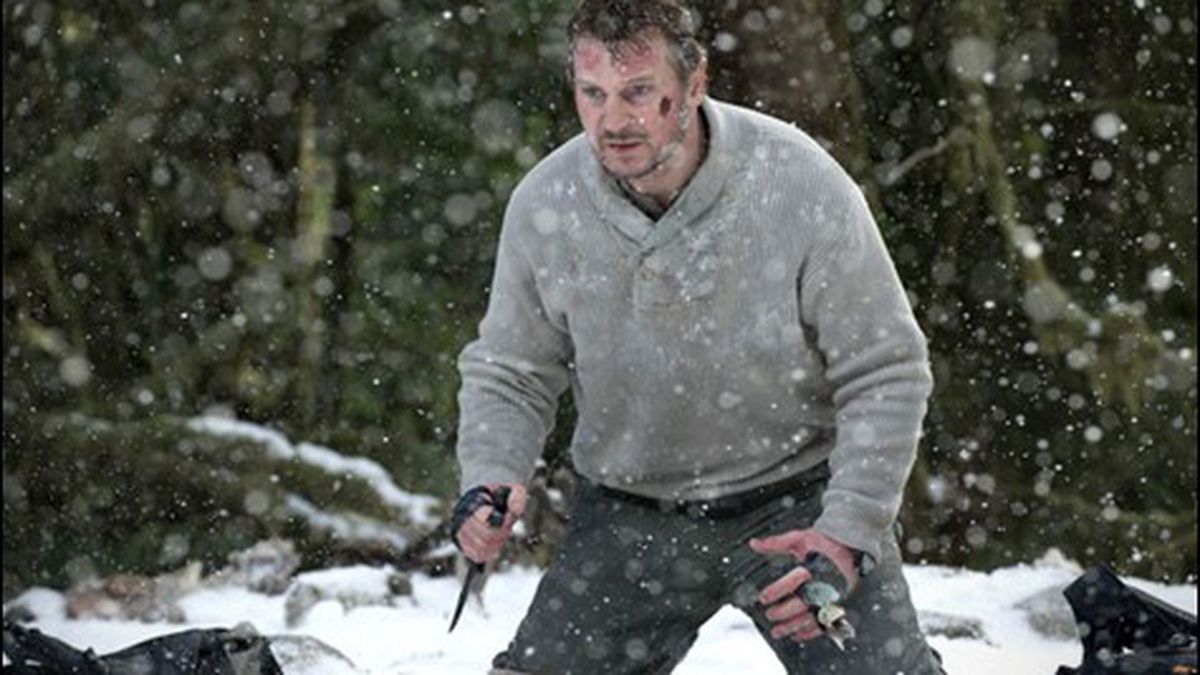 If you wanted to make a thrilling outdoor action movie about a group of jet-crash survivors marching across the frozen Alaskan wastes in the dead of winter while fending off ferocious wild animals, it would be better if your wolves didn’t look silly.

The wolves in The Grey look silly. They’re more than twice the size of actual wolves, steroid-pumped and massive, as tall on all fours as Liam Neeson is on two, outfitted with enhanced electronic howls and growls, able to leap twenty yards in one bound, and worst of all their eyes glow bright red even in total darkness with no light source. Somebody must have been studying the Twilight movies ver-rr-ry closely.

Perhaps we’re putting too much emphasis on the state of the critters in The Grey, animatronic and CGI as they might be. After all, there are real live human beings in the story, too. The aforementioned Neeson stars as Ottway, a petro-company employee whose job it is to shoot wolves before they attack the company’s pipeline workers at work in the far northern oil fields. Conditions are brutal, the men are uncouth and ruthless, and so when a plane carrying Ottway and a group of roughnecks crashes in the middle of nowhere en route to civilization for R&R, the six men who stagger away from the wreckage already hate each other. And then come the canny canines.

It would be nice to surmise that action honcho Joe Carnahan — who directed Neeson in The A-Team and did stuff like Smokin’ Aces and Narc — might have aspired to make The Grey a tight, realistic adventure. He certainly has all the ingredients, including actors Dermot Mulroney and Frank Grillo and the harshly beautiful British Columbia location scenery around Whistler. But that silliness creeps in, and it doesn’t matter very much onscreen that Neeson is claiming he chewed wolf jerky to prepare for his role. He could have eaten pinecones and road-kill raccoons and it wouldn’t have mattered. Save your money and rent one of these instead: The Way Back, Never Cry Wolf, White Fang (1991 version), Into the Wild, or Neil Jordan’s The Company of Wolves. And try to avoid oil fields.

Facebook
Twitter
Previous articleHow Long Would It Take Mitt Romney to Make What You Make in a Year?
Next articleWednesday Must Read: OPD Must Now Report to Court Monitor; Swanson Drops Out of Senate Race
18,637FansLike
0FollowersFollow
67,429FollowersFollow