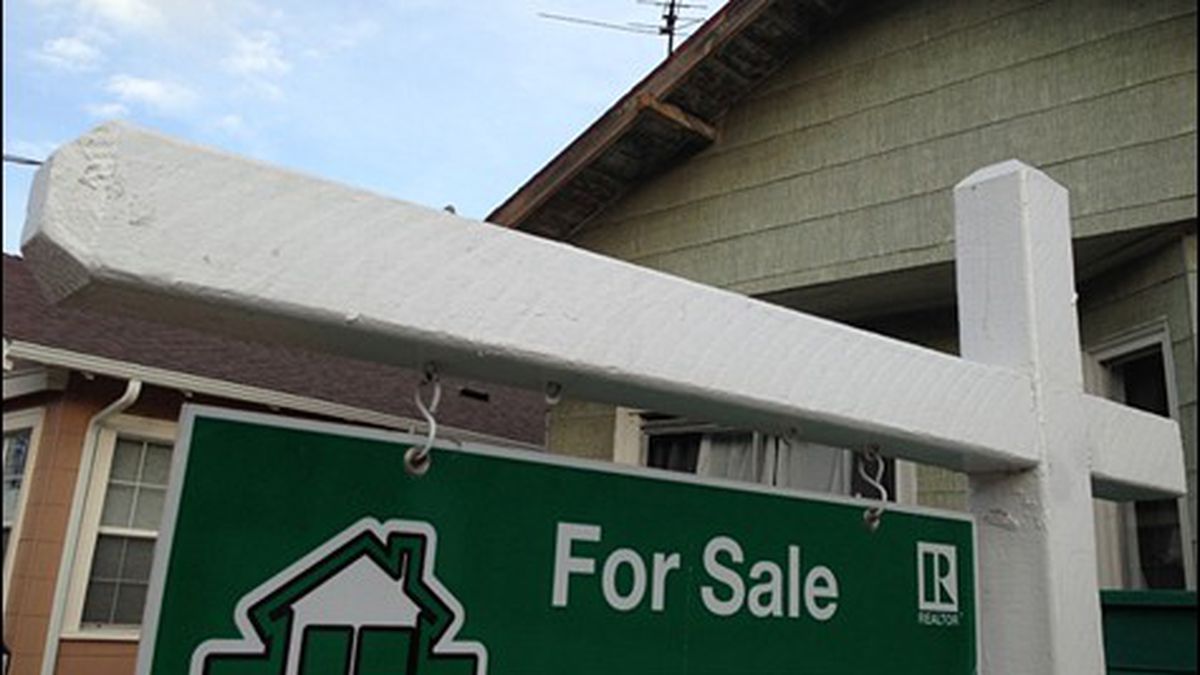 When Jordan Machardy and his girlfriend started looking to buy their first home in Oakland in June, they were optimistic. “We’d finally saved enough and knew it’d be cheaper than renting,” Machardy said. Six months later, after spending nearly every weekend searching for a fixer-upper for less than $450,000 in neighborhoods that are within walking distance of BART, the couple is incredibly discouraged. “I feel like we’ve been priced out,” Machardy said.

Although the couple had been easily approved for a conventional bank loan with a low interest rate, they discovered that they couldn’t compete with investors who buy properties with cash and flip them quickly at much higher prices. This flipping frenzy has grabbed hold of Oakland’s real estate market, especially in 2012. Machardy said they lost out repeatedly on homes that were sold to cash buyers, only to see those same homes re-listed within a few months at prices too high for them to afford. Other times, they were simply outbid, most recently on a house in North Oakland where Machardy said they bid $115,000 above the asking price and included a clause that waived any contingencies.

The seller of that home received 21 offers. And if the house went to a cash buyer, which Machardy thinks was likely, that buyer will probably never live in the house. “They’re making it so we can’t compete to buy a home in the working class neighborhoods where we can afford to live,” said Machardy, acknowledging that because he’s an experienced contractor, his situation is somewhat unique because most buyers don’t have the skill set to restore a distressed property. “It’s a classic gentrification story, but this year in Oakland, it’s like watching that story on steroids.”

The flipping phenomenon has been developing slowly since the housing crisis began in 2008. Typically, in a foreclosure or short sale of a distressed property, banks prefer cash offers. A typical flip is completed in four weeks or less, depending on the condition of the property, and it’s perfectly legal.

According to a report produced earlier this year by the Urban Strategies Council, a respected nonprofit that has analyzed Oakland’s housing market, 42 percent of the 10,000 homes in Oakland that ended up in foreclosure from 2007 through October 2011 were purchased by investors — either at trustee sales on the courthouse steps or directly from financial institutions. Many of these homes were then later flipped at much higher prices.

But while the flipping trend has been tough on first-time homebuyers, it appears to have been a boon for the City of Oakland. The city recently reported an increase of $2.06 million in real estate transfer tax receipts in the fiscal year that ended June 30. According to Brad Johnson, a financial analyst for the city, the increase in real estate transfer tax revenue was caused primarily by rising home prices.

If you ask buyers like Machardy, the investors who flip properties for a quick profit are the enemy of working people. But if you ask Mila Zelkha, the image of the moneybags investor is only one side of the story. She contends that some people who flip homes for a living are small business owners like her. And she argues that she and other independent investors have by no means made a killing doing flips.

Zelkha started in 2009, buying a foreclosed home in the Maxwell Park neighborhood. That first flip helped her buy another house, adding up to as many as ten that year, she recalled. It was a risk-averse market back then and she was often the only bidder on the properties. That year and through 2010, she said her return on investment ranged anywhere from 25 to 35 percent. By 2011, she had a $1 million investment fund dedicated to Oakland flips, but she soon realized the market had changed: Many new investors had jumped into Oakland real estate; foreclosures had slowed down, which meant even less inventory; and returns diminished to 15 to 20 percent. Unable to meet investor expectations, Zelkha dissolved the fund and walked away.

But unlike most people and investors who do flips, Zelkha said she cared about the quality of her work. A designer by trade, she said her flips won multiple local awards for restoring historic homes and using green building upgrades. She admitted that she probably didn’t represent the norm, noting that most flips are done to turn the highest profit: “Those IKEA cabinets may look nice for awhile, but it’s just trash,” she said.

Still, Zelkha contends that some large investors have helped Oakland more than they’ve hurt it. “Sometimes there is nothing wrong with large players who know what they’re doing,” said Zelkha, adding that these investors have flipped many blighted homes that few homeowners have the ability to restore. “People don’t realize how many risks go into this work or how complicated it can be.”

First-time homeowner Maureen Lee bought a flip with her boyfriend in the Laurel neighborhood after months of looking in San Francisco, Berkeley, and other neighborhoods in Oakland. Lee, a manager in online advertising, said they didn’t care about being close to BART and knew they’d have to forego the excitement of being in a hot neighborhood like Temescal. Instead, they focused on finding the right house in their price range. They found it in a flipped two-bedroom house, which had gone into foreclosure and was bought by an investor who works in real estate as a listing agent. He paid $170,000 in December 2011, and Lee and her boyfriend bought it for $369,950 in June 2012. Lee’s realtor, Wendy Graves, emphasized that the flip was well done with many energy-efficiency upgrades, but added that she has also witnessed the “pitfalls of flipping too quickly.” Graves said that, at a minimum, buyers should do their research to find out whether a property has been flipped and should pay for a thorough property inspection and pest report. Zelkha also recommends that buyers review the building-permit history.

As for Machardy and his girlfriend, they’re still hoping to land their Oakland home. For now, they’ll keep paying inflated San Francisco rents until they find a place to buy, and they’re even willing to buy a flipped home now — if one in their price range comes to market. But, Machardy said, these days that feels like a big “if.”

Correction: The original version of this story erroneously stated that Mila Zelkha worked on flips for Community Fund LLC and REO Homes LLC. She did not.