‘The Father of Prop 8’ Going to San Francisco

Oakland Bishop Salvatore Cordileone, who, you may remember, helped conceive, fund, and organize the same-sex marriage ban Proposition 8, is headed to San Francisco — you know, that bastion of anti-gay rights — to replace retiring Archbishop George Niederauer. Does that make any sense?

It was odd enough when Cordileone was chosen to lead the diocese in Oakland — a progressive city with a sizable LGBT population — in March 2009, just months after helping Prop 8 to victory. Cordileone, who is currently chairman of the Subcommittee on the Promotion and Defense of Marriage of the US Conference of Catholic Bishops, has never been shy about his stance against same-sex marriage. (Read our 2009 cover story on him here.) In fact, this is what he recently said at a news conference, according to ABC 7 News: “Marriage is the union between a man and a woman because children can only come about through the embrace of a man and a woman.” Which really makes you wonder why the Catholic Church would put him in a city where 75 percent of voters were against Prop 8. 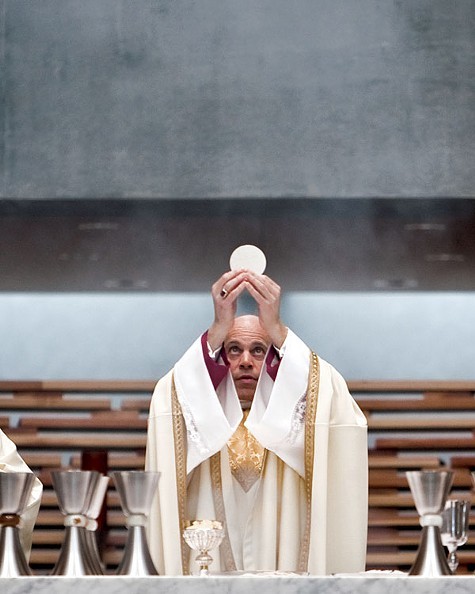