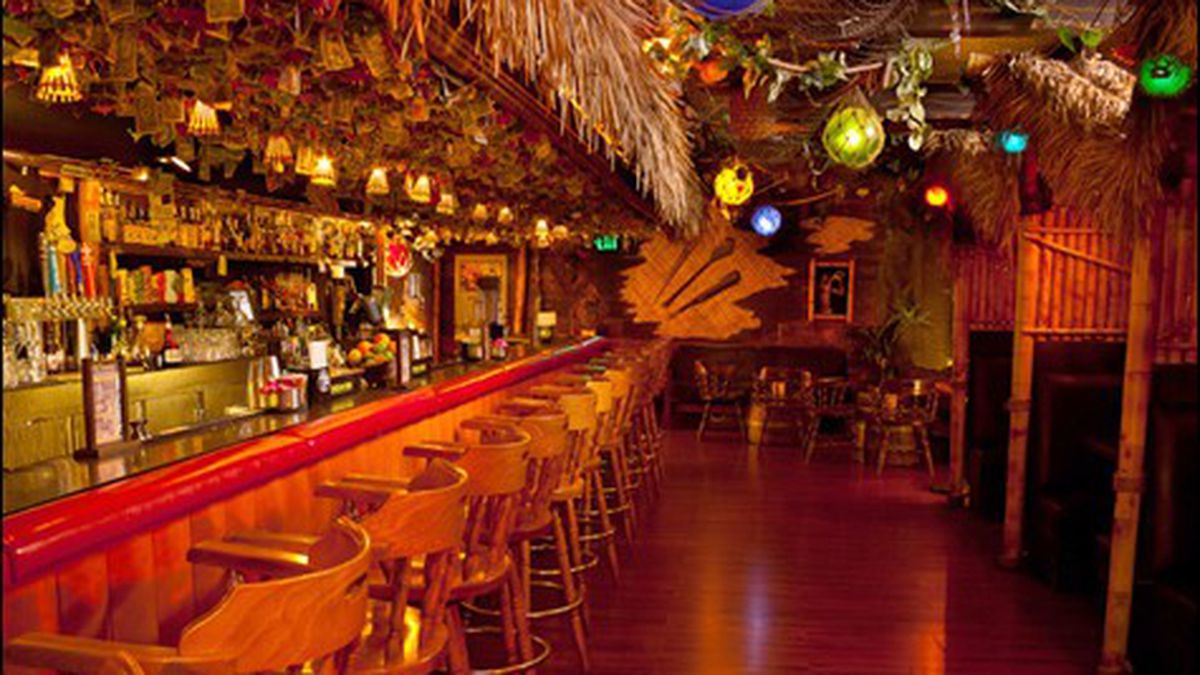 If you must go to a bar when you're hungover, go to this one.

I like to do my so-called research for this column on Sundays — the bars are quieter, the crowds are thinner, the staff is more open to answering my inane questions. However, like a normal human, I occasionally like to consume alcohol on Saturday nights. Probably not like a normal human, though, because I happen to be friends with the kinds of people who buy Patrón at Costco and think 1 a.m. is a perfectly acceptable time for more shots.

You see where this is headed. At the (very real) risk of sounding like an ingrate: If having to go to work hungover is one of the great indignities of adult life in a capitalist society, imagine, for a moment, how much worse it is when your work is to drink.

Fortunately, Forbidden Island is a spectacularly great place in which to be hungover. This is thoroughly, proudly, loudly, a tiki bar, which actually sort of suits the particular sensibilities of someone desperately in need of a detox: The lighting is mercifully low; the seating appears to be made of organic materials and is entirely nap-friendly; the music is of the supremely soothing tropical-instrumental variety; the drinks are almost entirely juice-based and thus basically just smoothies when made virgin. If it’s this pleasant when nothing else is, I can only imagine how excellent it is when life is good.

By the time I made it there, it was 6 p.m. and my first successful effort that day at venturing beyond the ten-foot axis between the bathroom and my bed. I looked like a goddamn mess: holey cutoffs and coffee-stained flannel; unwashed hair and face; an unfortunately sexually-transmitted-looking bit of rug burn on my upper lip (sustained from a piggyback ride gone awry); that watery, alien, singularly hungover look in my eyes. I walked in and was immediately greeted with a level of respect I wholly did not deserve. Out on the back patio, sun-basked and umbrella-shaded people in much better physical and mental shape than me seemed to be enjoying themselves mightily: A big group of thirtysomething women shared a multicolored and very pretty scorpion bowl of some kind, deemed, fairly ingeniously, “ambience on top and bad decisions on the bottom.” A group of guys smoked cigarettes and played with an impossibly fluffy dog. An older couple, each with blue hair and many piercings, sat in near-silence, just soaking it in. A truly massive tiki totem looked down munificently. I thought about how lovely all this would be if I didn’t also kind of want to die.

Inside, Forbidden Island is darker and cooler, all low ceilings and thatched everything, with velvet paintings and old movie posters lining the walls and the bulk of the room’s light coming from multicolored blowfish lights hanging over the booths. Behind the bar, fifty-some-odd different types of rum glint menacingly/seductively (depending on how you happen to be feeling) from jewel-toned bottles; above it, the ceiling is entirely papered with dollar bills, like some sort of upside-down shag carpeting for millionaires (according to one of Forbidden Island’s Hawaiian-shirted and endlessly hospitable bartenders, the tradition stems from Alameda’s history as home to a naval base, and the WWII-era tradition of sailors leaving dollars at their favorite bars as something of a down-payment on drinks upon their return). In the corner, a little faux-grotto burbles along bucolically.

Forbidden Island takes the whole house-made syrup/fresh-squeezed juice/small-batch liquor thing much more seriously than a theme bar has to, and its cocktail list is long, enticing, and exceptionally diverse, with modern-sounding, 2000s-era craft masterpieces mixed in effortlessly with tropical classics like hurricanes and mai tais. I had a virgin Leilani Volcano — pineapple, guava, and coconut, $4 (with rum, $7) — which came creamy, coral-colored, orchid-bedecked, and absolutely delicious. If and when my liver decides to cooperate, I will definitely be returning for the real thing.