Is the East Bay undergoing a kosher renaissance? 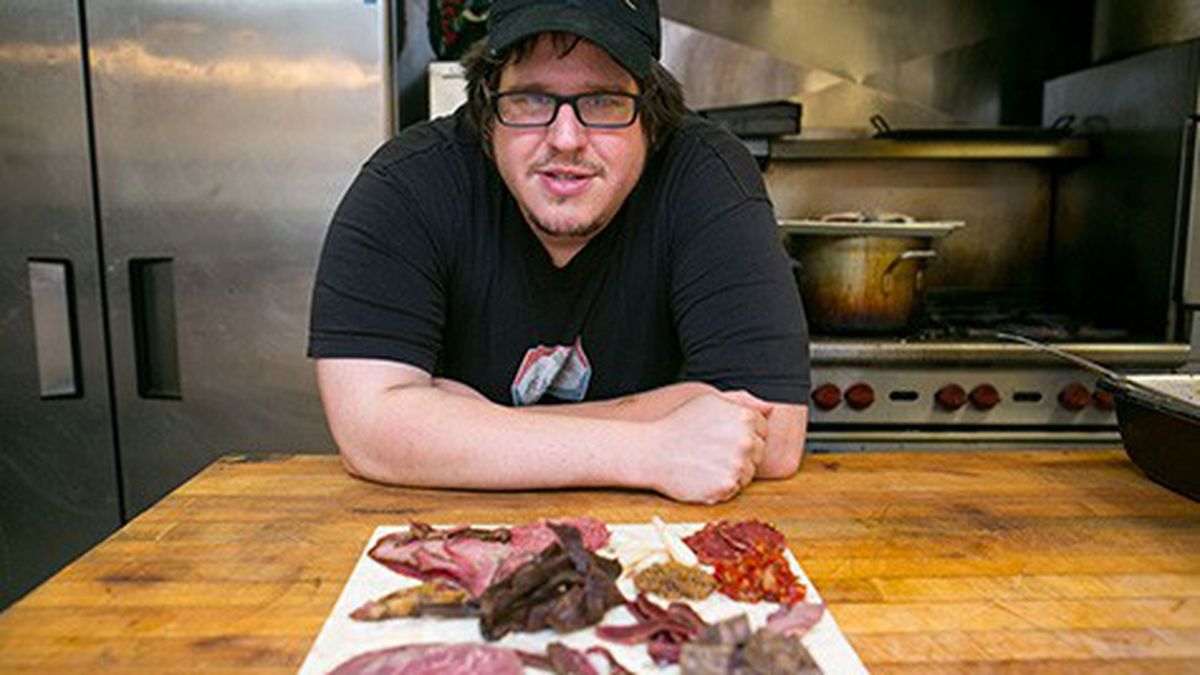 Pardon a gentile food writer’s ignorance, but of all the niche culinary genres, kosher food isn’t one that’s ever seemed particularly innovative or sexy. Yet in the past year alone, the Bay Area’s kosher community has welcomed into its midst the following: a caterer who specializes in kosher charcuterie; a maker of artisanal kosher cream puffs; and even one San Francisco-based catering company, L’Chaim, that claims to serve the world’s “first and only sustainable kosher sushi.”

Rabbi Ben-Tzion Welton, who heads the Berkeley-based Vaad Hakashrus of Northern California, has been supervising kosher food businesses for thirty years. He said the sheer variety of kosher options in the Bay Area is greater now than it has ever been before.

“It’s not just grandma’s gefilte fish anymore,” Welton said. “Kosher is for everything.”

So what’s happening here? Could it be that the practice of keeping kosher — that is, adhering to the Jewish dietary laws known as kashrut — is experiencing a sudden and unprecedented growth in the Bay Area?

In a word, no. Scores of previously non-observant Jews aren’t lining up to swear off bacon, or to don the black hats that are stereotypically associated with Orthodox Judaism. Quite the contrary, according to Adam Berman, founder of Urban Adamah, a Jewish educational farm and community center in West Berkeley. “I think there’s a small percentage of Jews in this community that care about eating strictly kosher,” Berman said. “I think that’s been true for as long as there has been a Jewish community in America.”

Of the roughly 250,000 Jews who live in the Bay Area, Berman estimated that only 3 percent will only eat food that’s kosher-certified — a percentage he thinks might even be declining. Rabbi Welton, whose organization supervises the majority of the Bay Area’s kosher restaurants, is more optimistic. He thinks that figure might be as high as 10 percent and estimates that 100 new kosher families moved to Berkeley this year alone.

Still, any way you slice that pie, it’s a miniscule proportion of the overall dining public. And yet the fact remains: The number of noteworthy, ambitious kosher food businesses opening up seems to be higher than ever.

Part of it has to do with what Berman calls a broad wave of “Michael Pollan-ism” — a reference to the Berkeley author and food activist whose work has inspired many Americans to reconsider the ethics and sustainability of their dining choices.

Specifically, kosher foods conform to the Jewish dietary laws that prohibit, for example, the consumption of pork and shellfish, and require that animals used for meat be slaughtered humanely according to strict guidelines. According to Berman, what kashrut hasn’t traditionally addressed are the conditions in which a cow or chicken is raised, and the impact that those animal husbandry practices have on the broader environment.

That’s one of the reasons why Peter Levitt, co-owner of Saul’s Restaurant and Delicatessen (1475 Shattuck Ave., Berkeley), has long maintained that his non-kosher — but “kosher style” — restaurant holds itself to higher ethical standards than many so-called kosher establishments.

As Levitt put it, “Being kosher is a religious decision and does not determine whether food is farm-to-table or sustainable or good.”

That said, a number of Jewish community members are working to bridge the gap between centuries-old tradition and today’s renewed interest in sustainable agriculture. For instance, Urban Adamah runs a rabbi-supervised, kosher, chicken-slaughtering workshop to teach participants how to kill a bird compassionately. The most recent session became the subject of some controversy, and was ultimately canceled, after animal rights activists caught wind of the event, but Berman said the program was a good example of how the farm works to teach members of the Jewish community who eat meat how to do so in a thoughtful a way.

Berman credits a handful of East Coast kosher meat suppliers — KOL Foods and Grow & Behold, in particular — with helping to take kosher ingredient sourcing to the next level. Part of a growing “sustainable kosher” movement, these small-scale producers offer grass-fed beef and pasture-raised chicken, addressing the Slow Food movement’s sustainability concerns in addition to dotting every kashrut “i.” Such companies don’t yet exist on the West Coast — the kosher community being too small, still, to support it, so kosher families in the East Bay often buy their meat from those two East Coast suppliers.

Meanwhile, Isaac Bernstein, who runs an Oakland-based catering company called Epic Bites, addressed what is perhaps the even bigger elephant in the room: For a long time, Bernstein said, kosher food has been synonymous with bad food. Kosher sushi meant a piece of seared fish overloaded with spicy mayonnaise. A kosher French restaurant might serve mostly fried foods.

Now, he said, a younger generation of religious Jews are opening restaurants and catering businesses not primarily as a money-making enterprise, but because of their passion for food.

“I’m a cook first and foremost,” Bernstein said. “I just happen to be kosher.”

Bernstein explained that he was trained at a non-kosher culinary institute but decided to open a catering business because he found so many of the existing kosher caterers in the Bay Area to be subpar. For bar mitzvahs and corporate events, he’ll elevate standard items like chicken schnitzel and Israeli salad through the use of higher-quality produce and interesting garnishes. But he feels most passionate about his more experimental, less traditionally kosher dishes: cured yellowtail served with a kumquat chili jam; bacon and other charcuterie that’s made with, say, lamb belly instead of pork; and a play on a Reuben that features long-cooked beef short ribs and rye gnocchi.

What Bernstein would really love is to open a kosher restaurant in the East Bay. But, as he recently told KQED’s Bay Area Bites blog, the costs associated with running a strictly kosher restaurant are daunting. Indeed, Bernstein said he would only a do it if the restaurant were completely underwritten by a synagogue or some other Jewish organization.

For all this talk of a kosher food renaissance, the East Bay has exactly one kosher restaurant: Amba (6464 Moraga Ave.), a traditional Israeli restaurant in Oakland’s Montclair neighborhood. (Oakland Kosher Foods is also kosher-certified but is more of a butcher shop and marketplace than a full-blown restaurant.) And Amba’s owner Jonathan Wornick had enough trouble making his restaurant profitable that he recently added kosher meat dishes to his falafel-centric vegan menu.

Part of the challenge is having to be closed for the shabbat on Friday nights and Saturdays, when other restaurants do the most business. Wornick explained that there’s also the added expense of sourcing kosher ingredients and of having to employ multiple mashgiachs (kosher supervisors).

Still, Wornick said he’s determined to keep the restaurant open because of the gathering place it provides for the Jewish community. While a non-kosher Jewish deli might be very popular, Wornick explained, only a kosher restaurant could provide a place where every Jewish person is able to eat.

Correction: The original version of this story misspelled the last name of Amba owner Jonathan Wornick.