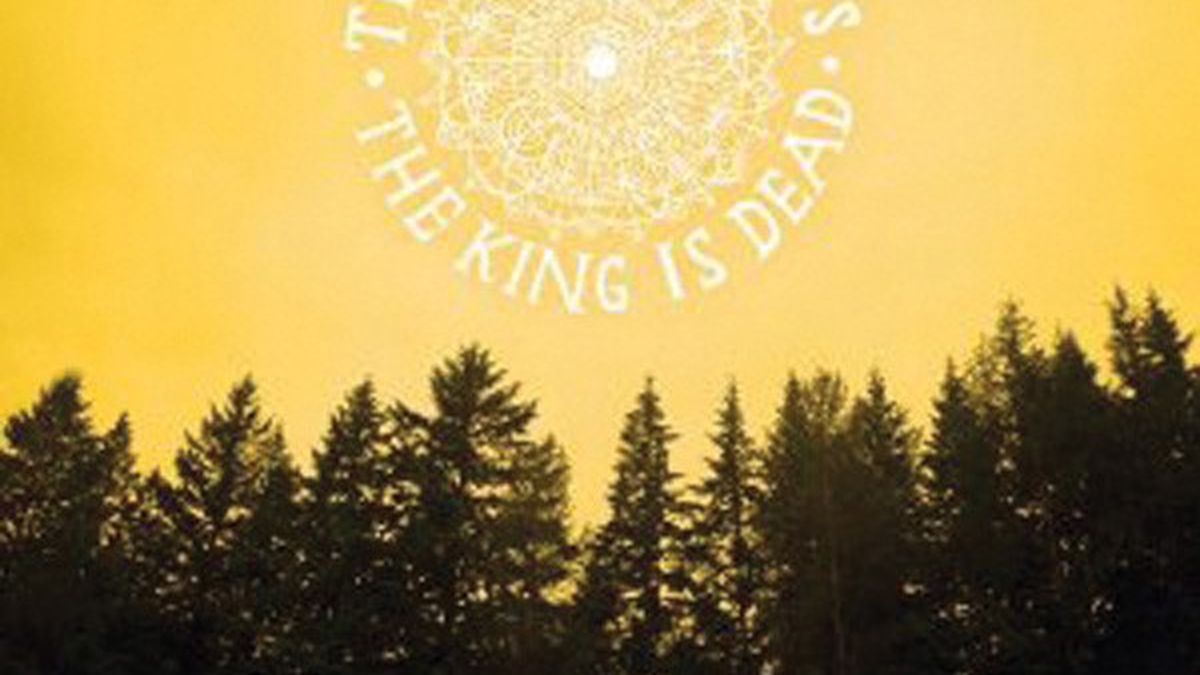 The King Is Dead

The previous Decemberists opus Hazards of Love proudly asserted the influences of 1970s progressive rock (“prog” for short these days) such as Genesis (when Peter Gabriel, not Phil Collins, was singer) and Jethro Tull. For The King Is Dead, singer Colin Meloy and company downplay that ornate and fastidious sound in favor of a much more earthy, organic approach. If one discerns echoes of early REM (i.e., its first five albums), that’s not exactly a fluke — that band’s guitarist Pete Buck makes his presence felt all over this album, with his chiming six strings.

So call The King Is Dead The Decemberists “folk roots” album. Chris Funk‘s pedal steel guitar is brought to the forefront, Jenny Conlee‘s accordion is more prominent, and guest Gillian Welch sweet-tartly sings background vocals throughout. Many songs have that quasi-rustic, not-quite-country-not-quite-rock quality evoking, though not imitative of, The Band and Neil Young. There’s a British Isles folk flavor to some of the ‘brists’ new songs — take the saturnine “Rox in the Box,” with its distinctive Irish lilt via fiddle and accordion. “Rise to Me” is a country-flavored near-waltz that wouldn’t sound out of place on a Gram Parsons or Sandy Denny album. Meloy’s voice is hearty, plainspoken, and plaintive (without being mope-y) and the songs have alluring and sturdy melodies that bear up under repeated listens. King won’t win any awards for originality, but that’s okay. Since when did originality necessarily equal quality? That’s what counts, and this disc has it to spare — the only shortcoming is that it clocks in at a measly forty minutes. (Capitol)

Welcome to Fattyland: A Clothing Swap for Curvy Women