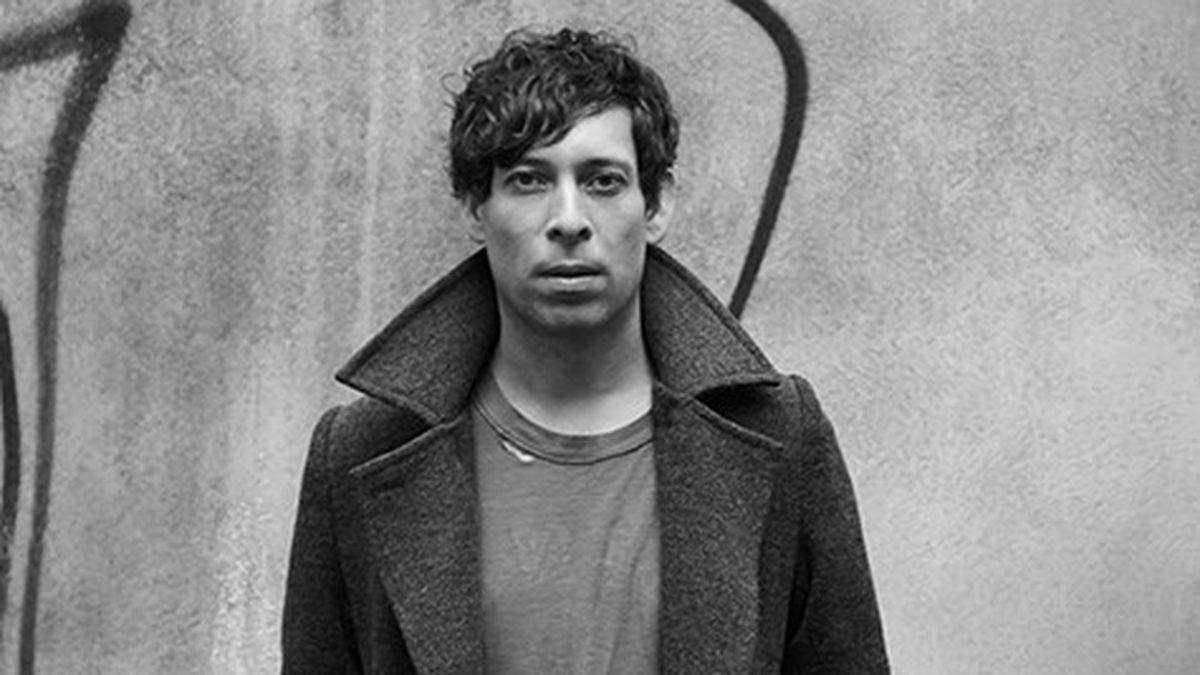 The Dark Side of The Soft Moon

Luis Vasquez abandoned his life in Oakland to write his new album, Deeper, on the other side of the globe.

Take me far away/To escape myself/I was born to suffer, sings Luis Vasquez on “Far.” The track is from his new album, Deeper, a synth-driven dance pop record with gloomy, industrial overtones that constitutes his third full-length release under the moniker The Soft Moon.

Vasquez’ washed-out voice floats over the jittery synth riffs and pounding beat of “Far” with unexpected clarity, bringing his self-reflective lyrics to the fore. The song’s opening lines reference the period of self-imposed isolation that Vasquez went through to write Deeper, which he described in a recent interview as his most introspective work to date.

Formerly based in Oakland — where he started The Soft Moon and built a large, international following — he temporarily relocated to Venice, Italy in 2012 to work on the album. After its completion, he moved to Berlin, where he’ll stay for the foreseeable future, he said. However, he travels frequently: At the time of our interview earlier this month, he had embarked on a North American tour to promote the new release. On January 29, he’ll play his first hometown show in years at The New Parish.

While Venice — with its museums, piazzas, and canals — might seem like a place that an artist would purposely seek for inspiration, Vasquez said that he ended up there almost by happenstance. His manager is originally from the city and recommended it when Vasquez told him he wanted to remove himself from the routine of his Bay Area life in order to focus on writing music.

“It could have been anywhere, as long as I was alone,” Vasquez told me over the phone while on the road to a show in Athens, Georgia — the first stop of his tour. “I was home writing every day.”

Vasquez originally started The Soft Moon as a bedroom project that offered him respite from the demands of his job as a graphic designer in the fashion industry. After he released his first, self-titled full-length album in 2010, national online publications such as Pitchfork began publishing stories about Vasquez as an Eighties Goth revivalist, likening his work to that of Joy Division (though I would say his sound is closer to that of the grittier, angrier Skinny Puppy).

The Soft Moon blew up, and music soon became Vasquez’ full-time job. He said that while he wrote the tracks on The Soft Moon without intending to ever perform them live, his approach evolved when crafting Deeper and he composed the album with his accompanying live band in mind. In the studio, however, Vasquez has largely adhered to his original process, playing guitar, bass, and synth himself on the majority of the songs.

Though it might seem like Vasquez’ work is nostalgic (“retro-futurist” was a label critics favored for a while), the singer-songwriter maintains that his aesthetic was born out of intuition rather than emulation of bands from previous decades. Indeed, to avoid the influence of other works of art when writing songs for Deeper, he stopped listening to music, reading books, and watching films altogether, he said. While it might be hard to imagine going without entertainment for the entire year and a half it took to write the record, Vasquez insisted that it was the only way his vision for the project could remain free of outside influences.

“I wanted to stay as pure as possible,” he said. “That way my expression could be sincere and honest and unique to me.”

He said that in Venice, he sat in front of his equipment for hours each day waiting for inspiration to strike. “I felt like a novelist sitting in a room in front of a typewriter, basically,” he laughed. “I was just alone and smoking a lot of cigarettes. I actually started smoking cigarettes because of this album. … My goal was to quit when I released [it], but then I wanted to smoke a cigarette when it was released, and then it continued.”

This reclusive period offered Vasquez the opportunity to confront his emotional issues — a driving force throughout his body of work. His previous release, 2012’s Zeros, was a concept album based on his recurring nightmares. And while Deeper doesn’t have an explicit theme, he said that its title alludes to peeling away layers of himself to confront his buried sources of turmoil.

“It’s hard to face all this shit that I’m dealing with, but it’s a means to search for happiness,” he admitted. “I’m starting to realize that after all these years, I might just be a masochist and into torturing myself and living in the chaos.”