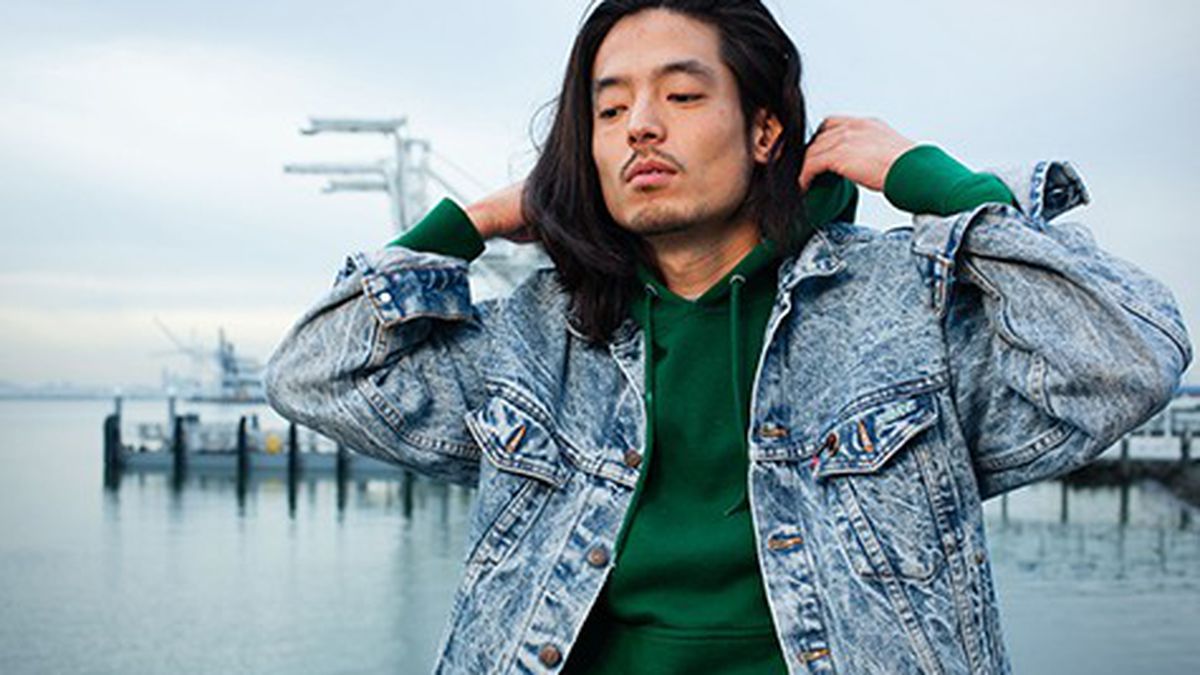 Azure Invites Us to Fall in Love with Our Idiosyncrasies

The rapper's new album, Leap Year, is a mosaic of playful instrumentation, jazzy samples, and poetic lyrics that celebrate the imperfections of everyday life.

Last year, Rapper Azure (Justin Park) recorded his new album, Leap Year, in his then-apartment near Oakland’s Lake Merritt, with his equipment and a gaggle of collaborators crammed into his tiny bedroom. Some folks pulled up chairs while others sat on the bed, the floor, and even in the adjoining bathroom.

The playful, collaborative feel of those sessions is palpable throughout the record. It contains a patchwork of laidback flows and spoken-word poetry; esoteric samples with an old-school, jazzy feel; and piano interludes that often last for long stretches. Leap Year’s unhurried pace and indulgent instrumentation suggest that conveying a sense of instant gratification is not a priority for Azure (who now splits his time between his native Pinole and Los Angeles). Instead, his tracks linger on particular motifs, examining them from all sides as if they were precious objects.

Take “Momz (Intalude),” for instance, an instrumental piano track that takes its time unfurling its whimsical flourishes; or “Crazy,” on which Azure delivers a poem reflecting on coming of age and seeing his creative practice blossom. He recites it over the chatter of a noisy party, as if stepping away from the revelers to confide in the listener. Azure’s conversational lyrics cultivate a sense of shared intimacy: His effusiveness is one of the album’s most charming features.

Even on the album’s hookier tracks, the rapper readily exposes, and even celebrates, his flaws and vulnerabilities. It’s family portraits over paparazzi/Slumber parties over hotel lobbies/Meals together over perfect bodies, he rhymes on “Alive & Well.” He finds beauty in the mundane rather than glorifying the unattainable, which, as a listener, feels validating.

Azure is a member of the sprawling hip-hop collective HBK Gang. But given his penchant for lyrically dense, conscious rap rather than slappers, the party-oriented crew might seem like an unlikely fit for him. However, in a recent interview, he said he’s been friends with the other members in the collective, such as IAMSU, Jay Ant, and P-Lo, since taking music production classes at Youth Radio, an Oakland nonprofit, when he was in high school. He explained that as disparate as his aesthetic might seem from that of the rest of the group, their camaraderie feels natural because of their shared history.

“A lot of the time, people call me The Internet of HBK,” he said, referring to Syd Tha Kyd’s neo-soul band, which is an unlikely outgrowth of the irreverent LA hip-hop collective Odd Future. “As unnatural as it may come across to somebody, internally, it’s still natural. We’ve known each other for ten-plus years, so it’s organic in its own way. … Just like how I reach and fuck with club bangers, they reach and fuck with poetic shit, too.”

Though primarily focused on his solo career, Azure found more compatible collaborators in Clyde Shankle and Dayvid Michael, with whom he formed the hip-hop trio Down 2 Earth after moving back to the Bay Area following his stint at UC San Diego. At the time, Azure was using his Eastlake apartment as a makeshift recording studio, helping other local rappers with their mixtapes for side cash. He and Michael began to collaborate three years ago after a particularly fruitful recording session for Michael’s track, “Great America.”

Azure recalled being drawn to Michael’s thoughtful, politically aware lyricism and invited him to record together. Eventually, Michael invited Shankle to work with him and Azure. Shankle and Azure, who are both also producers, bonded over their love of obscure samples. (“He won’t just bring me an Anita Baker album — he’ll bring me Anita Baker’s keyboardist’s side solo album that was never released,” Azure enthused.) On their latest mixtape, 2015’s Wildfire — with its early Nineties-tinged production and back-and-forth wordplay — it’s apparent how well the trio gels.

“We’re not the average rap group,” said Azure. “We make tea and listen to funk records and classic rock and shit. I read a lot; Clyde reads a lot. … We’re on a weird, different path.”

The members of Down 2 Earth’s shared affinity for poetic, conscious rap helped them find common ground with one another, but makes them outliers in the rap scene both locally and nationally. As Kamaiyah, another rising, local rapper recently stated in an interview with Pitchfork, “We live in a melodic world” where lyrics are secondary to innovative flows, and beats take precedence over content. However, Azure is heartened by the rise of rappers such as Kendrick Lamar, J. Cole, and Chance the Rapper, who share similar tastes for infusing positive messaging and social observations with candid self-reflectiveness.

“Conscious rap can definitely get super corny. So for artists like myself, we walk a fine line,” he said. “It can’t just be like, ‘Oh, fuck gold chains and fuck expensive whips. You need to involve yourself in community and politics.’ It has to be that mixed into, ‘Let’s smoke a blunt together. And I do have sex with girls, and I’ll tell you about that, too.'”

However, there are several tracks on Leap Year with more of a pop sensibility. A particular standout is “Cut the Lights,” which features a hook and guest verse from Bay Area-raised, LA-based singer Marc E. Bassy. Over the groove of a bouncy bass line and glossy guitar sample, Azure proclaims his adulation for a woman in the endearing fashion of a shy guy being bold.

The end of “Alive & Well,” the album’s coda, contains a bonus track with a feature from IAMSU. After Azure says goodbye to his listeners over an improvisatory piano and trumpet duet, a skit leads us into the bonus track: It features a woman talking smack about Azure and doubting his Bay Area credibility, calling into question the lack of slappers in his oeuvre. It’s a setup for Azure to prove her wrong. The track explodes into a rambunctious beat that’s quintessentially hyphy. It’s that dumbass knock, IAMSU repeats between his and Azure’s high-energy verses.

Indeed, when Azure performed the track at his show at Prime Development in downtown Oakland last week, he had everyone gigging. But based on the strength of Leap Year, Azure’s preemptive rebuffing of his haters seems unnecessary. His going with his gut and sticking with styles that come naturally to him prove that local rappers don’t need to be pigeonholed into a particular style in order to rep the Bay.

Quick Check-In Interview with Oakland’s G-Eazy as The Rapper Embarks on...