.The Damage of Youth Solitary Confinement in California 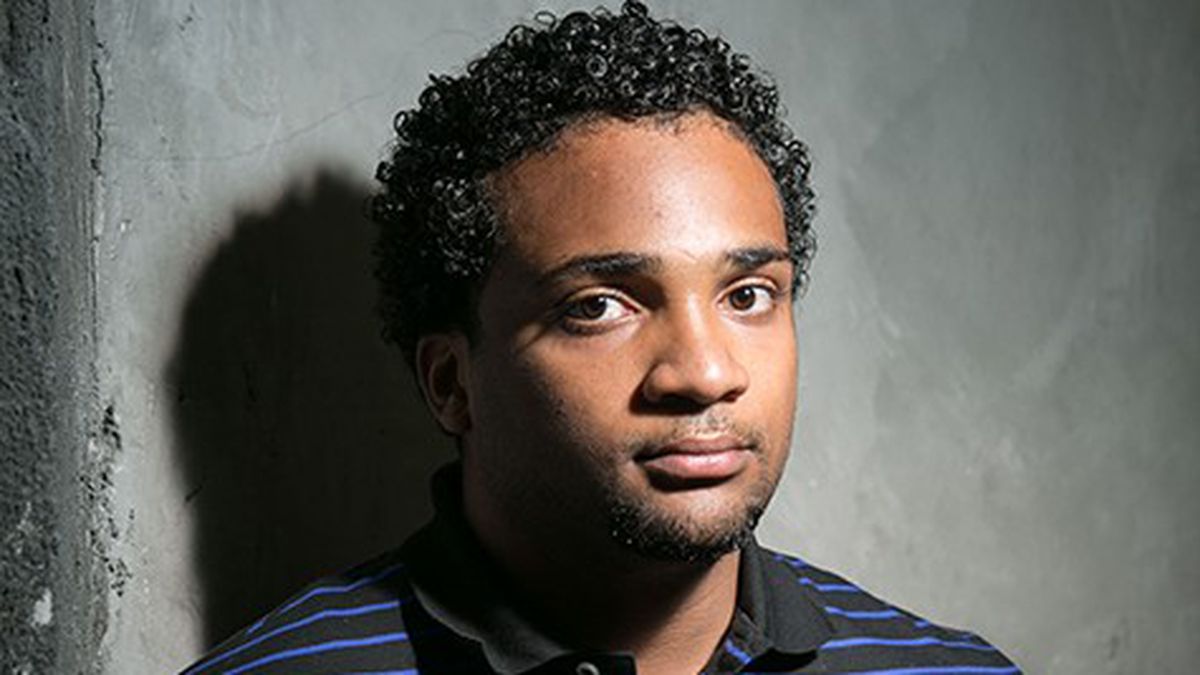 In 1995, when he was two-and-a-half years old, DeAngelo Cortijo witnessed his mother attempt suicide. After that, he lived in a shelter and eventually ended up in long-term foster care. By age seven, he was regularly acting out in class, and on one particularly bad day when he was ten years old, he locked himself in a van on the way back to a group home, he recalled. That behavior landed Cortijo in San Francisco Juvenile Hall, where he soon got in altercations with other youth.

Faced with a number of childhood traumas, persistent gang violence in the neighborhoods he lived in, and a lack of stability and support at home, Cortijo ended up spending a significant amount of time in the juvenile detention facility during the next seven years. By age seventeen, he had spent a total of 882 days behind bars in San Francisco for a range of offenses — and subsequently spent roughly two more years in the state Division of Juvenile Justice (DJJ), which houses youth convicted of serious offenses.

The fact that he spent so much of his childhood in detention facilities demonstrates that the juvenile justice system for years failed Cortijo in its stated objective of rehabilitation. On the contrary, he said his treatment behind bars greatly exacerbated his trauma and mental health struggles. And according to Cortijo, that’s largely because officers in San Francisco and multiple DJJ facilities frequently locked him up in solitary confinement — isolating him in a small cell for hours or days on end allegedly for his own safety or as part of some treatment program to address behavior problems.

“At thirteen and fourteen years old, I was not some hardened criminal. But they were trying to paint me as being this monster,” said Cortijo, who is now 22 years old. He was released from DJJ in 2014 and currently works as a youth representative at the National Center for Youth Law in Oakland. “I was going through a lot. I was angry. I was confused. I just wanted normalcy,” he said.

Cortijo and a group of East Bay criminal justice reform advocates are now fighting for the passage of state legislation that would dramatically limit the use of solitary confinement for juveniles in county and state detention facilities. Senate Bill 124 — co-sponsored by state Senator Mark Leno, D-San Francisco, and the Ella Baker Center for Human Rights, an Oakland nonprofit — would ban the use of solitary confinement for longer than four hours at a time. The bill would prohibit officers from using solitary confinement as a form of punishment and would only allow isolation when juveniles pose an immediate, substantial risk to themselves or others. If an inmate poses a threat as a result of a mental disorder, facilities could not use solitary. The bill would further require facilities to document all instances of solitary through a new statewide reporting system.

Proponents of SB 124 cite extensive research that demonstrates the serious mental harms associated with solitary — especially for juveniles — and argue that the legislation will ensure that kids in detention aren’t mistreated. But the bill — which passed the Senate in June and will soon face a vote in the Assembly Appropriations Committee — is up against substantial opposition from county and state probation and correctional officials. They contend that the restrictions would endanger staff and make it impossible to control violent inmates.

In a Senate hearing on SB 124, former East Bay Assemblymember Alberto Torrico, speaking on behalf of the State Coalition of Probation Organizations, characterized juvenile inmates this way when arguing against the bill: “Mentally, they’re juveniles. They’re kids, obviously. But some of them, physically, are not kids anymore — sixteen-, seventeen-year-olds, eighteen-year-olds that are 6-foot-2, 240 pounds. … Unfortunately, some of these kids are very dangerous … and they are sometimes physically imposing.”

In a phone interview, Karen Pank, executive director of the Chief Probation Officers of California, said, “There are times where the safety of staff or others is certainly a big issue that we have to address.” And Bill Sessa, spokesperson for the California Department of Corrections and Rehabilitation, which oversees DJJ, said: “The youth [in DJJ] are no hubcap stealers. … In many cases, they have a violent background.”

SB 124 supporters said these arguments reinforce harmful stereotypes of youth inmates — primarily young Black boys — as dangerous aggressors. And statements about the safety of staff tend to ignore the fact that even young pre-teens, who have often suffered intense traumas, are currently subject to cruel forms of confinement, advocates said. “They’ve been creating this image of a particular profile of a kid who’s locked up. But we have kids who are twelve or eleven years old,” said Jennifer Kim, Ella Baker Center’s director of programs, who helped write the legislation. “It’s fear-mongering.”

The state’s three DJJ correctional facilities currently house about seven hundred juveniles — all youth convicted of violent felonies or sex crimes, according to Sessa. Cortijo ended up at DJJ after a juvenile hall officer in San Francisco accused Cortijo of assaulting him. But Cortijo told me that he did not provoke the physical confrontation, and that the officer had previously threatened and harassed him. Cortijo provided me with records showing he had filed a formal grievance against the specific officer two months before the alleged assault.

And Cortijo further noted that his mental health had deteriorated significantly while in San Francisco as a result of long periods of isolation. Instead of helping him address his childhood trauma, the officers would discipline him through confinement, he said. Sometimes, he said, he would be isolated for 23 hours a day for several weeks and that there was a time when he spent several consecutive months primarily in isolation.

“Having to sit in my room by myself, it broke me down,” he said. “I remember being in my room crying a lot or trying to get out and escape. It was like torture.” After extended periods of solitary confinement, “I would not care whether I lived or died,” he added.

San Francisco juvenile hall officials did not respond to requests for comment.

Opponents of SB 124 also contend that California juvenile facilities don’t use the kind of solitary confinement tactics that advocates and inmates describe. State and county officials say they sometimes temporarily separate youth from the general population for safety reasons — and further claim that during the time that the inmates are separated, they do not lose access to education, mental health care, religious services, exercise, attorney visits, and other activities.

Alameda County’s juvenile facilities rarely separate youth by themselves, said Esa Ehmen-Krause, assistant chief probation officer. When officers do separate a juvenile inmate, it is only for a short period and only in response to a safety risk, she said, adding that SB 124 would not affect the county (the Alameda County Board of Supervisors, however, has formally endorsed the bill).

In the absence of comprehensive data on the use of solitary — a problem SB 124 also seeks to fix — Leno’s office has cited 2011 court documents that revealed that there were 249 incidents of solitary confinement during a fourteen-week period at five juvenile facilities in California. At one of those facilities, youth were only allowed out of confinement for an average of forty minutes per day.

Sessa, the state spokesperson, said those incidents involved inmates with the most violent behavioral problems (assigned to the same program that landed Cortijo in solitary in DJJ). And the facility where inmates only had forty minutes a day out of their cells was a unique case in which a single detention center was struggling with an influx of “violent gang members,” Sessa said. “The purpose of the program is to give them the counseling and the education they need to move back into the general population as quickly as they can.”

Currently, 35 out of 700 DJJ inmates are in an intensive behavior program in which they are confined to a single cell, and they spend an average of 44 to 60 hours a week outside of the room, Sessa said. And a majority of them move back to the general population within two months.

Sessa and Pank, director of the chief probation officers’ group, both also argued that the current language of the bill would prevent facilities from protecting youth facing mental health crises who need to be temporarily separated and observed under “suicide watch.” But advocates argued that those youth require immediate medical attention — not confinement. “There is absolutely no data, none, that suggests that using solitary on these youth improves their behavior or mental status,” Leno said in an interview. “It’s quite the opposite.”

And even if — as the state contends — youth only spend a limited amount of time alone and have access to services during those periods, the physical separation can still lead to psychological trauma, advocates argued. “They are basically kept away from social interaction,” said Roger Chan, executive director of the East Bay Children’s Law Offices. Chan, who previously represented Cortijo in juvenile hall, recalled of his visits to San Francisco: “The experience of being shut up in a room caused further agitation, anxiety, depression, stress, frustration, and anger. … A lot of times, [Cortijo] just needed some human contact, someone to listen to him.”