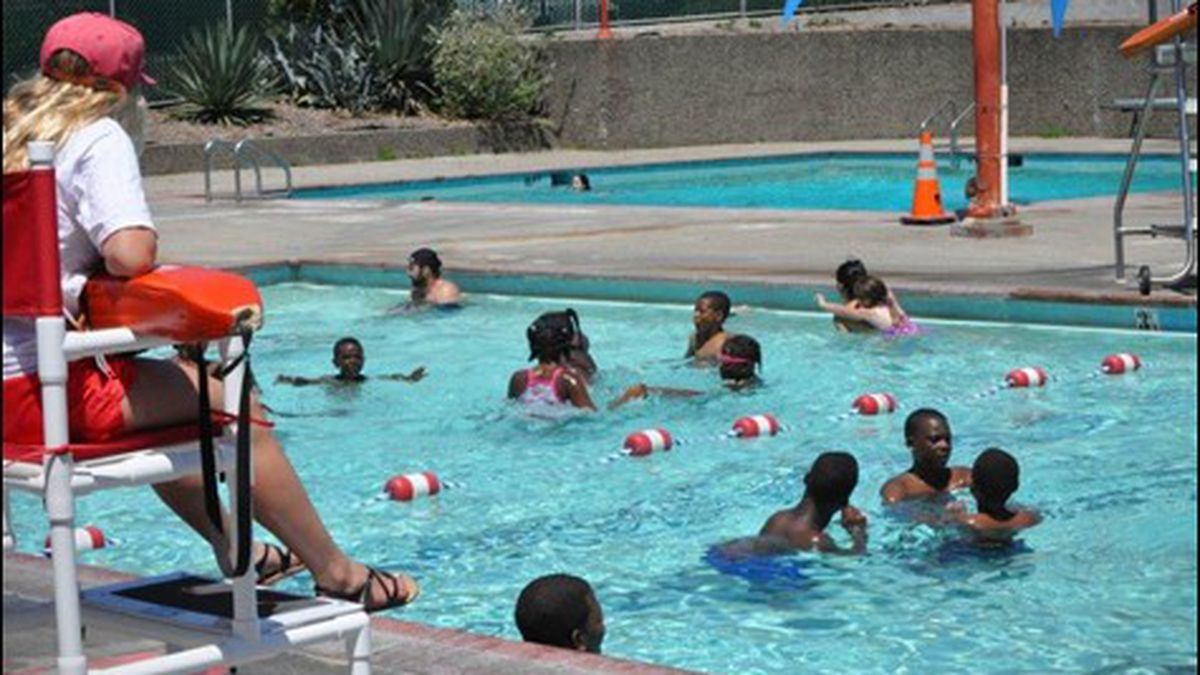 The Closure of Berkeley’s Willard Pool

On July 1, Willard Pool was locked and eerily quiet. A 62 percent vote for a measure a few weeks earlier that would have rebuilt or upgraded Berkeley’s four swimming pools wasn’t enough to save the pool, which closed indefinitely June 30. State law requires two-thirds approval for parcel tax measures.

Still, Willard neighborhood residents and some city council members are refusing to bow to the will of a minority that said no to Measure C. Since its defeat, the city has been abuzz with last-ditch efforts to keep open/re-open the south side pool, if only for the summer swim season. What, if anything, can be done to save Willard Pool will be back before the city council July 13, the last meeting before the council’s two-and-a-half-month summer break.

Patricia Moore, who learned to swim as a student at Willard Jr. High, was watching the four children she had brought on the pool’s last day. “I hate it that they’re closing,” said Moore, who said she walked almost daily to Willard with the children from her Alcatraz Avenue home.

About 100 Willard Pool supporters packed the June 22 city council meeting, where Councilmen Gordon Wozniak and Kriss Worthington tried to persuade colleagues to reallocate some funds to the pool that were designated for street repair in their council districts. Councilmen Jesse Arreguin and Max Anderson supported shifting the funds, but most of the council sided with Councilwoman Linda Maio, who said if there were funds available, a panoply of city needs should be back on the table, including child-care subsidies and funds for the Women’s Daytime Drop-in Shelter. “There’s a bigger pie we are not considering,” Maio said.

Wozniak brought another unpopular plan to council on June 29, an idea hatched by George Beier, district seven council candidate and Willard Park Association president. Beier called his proposal “Pools not perks.” The idea was to reduce the portion the city pays for city workers’ $62 per month YMCA membership from 75 to 50 percent, saving the city about $77,000. Beier said that would keep Willard open through the summer. “We’re choosing between an employee perk and a vital resource,” Beier said at the council meeting. However, only Wozniak supported the plan.

It turns out that asking employees to pay more for their Y memberships would mean re-opening contract negotiations with all the city employee unions — a move City Manager Phil Kamlarz said would be nearly impossible. And council members said they would not ask city workers to make new sacrifices. Staff had just voluntarily increased furlough days to two per month and reduced their work-week — and, thus pay — by 2.5 hours to help balance the city budget and avoid layoffs.

Worthington, who’s running against Beier in what is likely to be a hotly contested rematch for the district seven seat (and also against Alameda County Democratic Party Central Committee member Ces Rosales), called Beier’s plan “poorly thought out” and asked, “Why are we attacking employees who have just given up, voluntarily, millions of dollars?” Maio defended the benefit, saying the Y had been added to city workers’ contracts in the late 1990s to counteract soaring claims for job injuries. Anderson questioned the proposal’s sincerity. “I hope this wasn’t a political stunt in a political year, rather than a serious effort to find a solution,” he said.

In an interview, Beier said he didn’t realize his plan would force reopening union contracts. “I thought it was a pot of money that we might go after,” he said. “It was a creative way to share the burden.”

Both Wozniak and Worthington criticized the process — or lack thereof — in deciding that Willard should take the brunt of the city’s hard times. “The whole process around Willard taking the hit for Measure C not passing was not a fair process,” Wozniak said at the council meeting.

According to city spokeswoman Mary Kay Clunies-Ross, city staff’s decision to close Willard Pool was based on the pools’ master plan that showed that Willard needed at least $2.5 million in repairs just for safety measures. Measure C had allocated $4.5 million for upgrades. She added that keeping Willard open during the summer would cost $80,000 to $150,000, which could be done only by drastically cutting programs at the other pools. Clunies-Ross said the city would offer the fifteen part-time Willard Pool staff other positions.

Also at the June 29 meeting, Councilwoman Susan Wengraf called for a council subcommittee to approach the school board to ask it to include updating Willard Pool as part of the school construction bond the board plans to place on the November ballot. The pool is located on school property, but operated by the city.

However, school board President Karen Hemphill said she was surprised by the proposal. “The measure’s already written and approved” with no mention of the pools, she said, adding that a joint facilities agreement between the district and city would have been required before adding the pool to the bond measure.

A Sample of Sparkling Wines