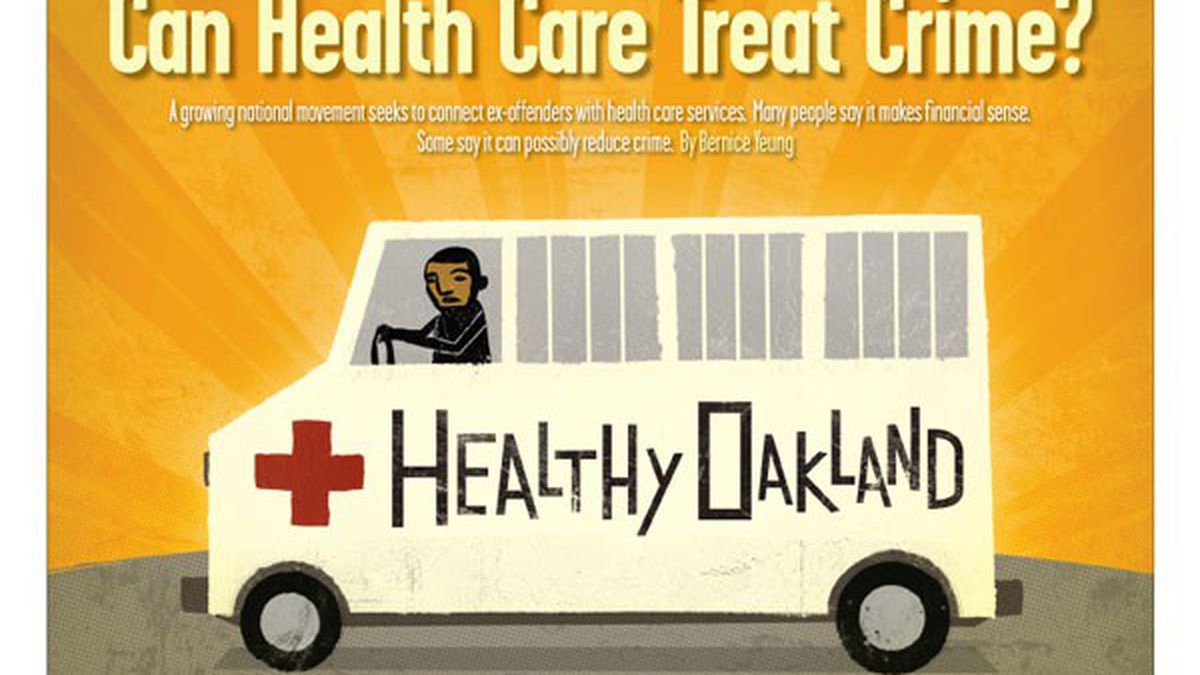 Where are the adults? Who is in charge? What is wrong with all our leaders? Why do they think they are above the law? When we learn to lead by example, then California might have a chance.

it’s a matter of fact

The amazing thing is that Alameda County voters will put one of these “truth-challenged” women into the supervisor seat. The voters’ standards are at an all-time low.

Another amazing thing is that there is a strong chance that Oakland voters will put Don Perata in the mayor’s office. Oakland voters have even lower standards than other Alameda County voters.

Mandela Foods Cooperative Executive Director Dana Harvey defines food security as “all people having access to affordable, healthy, and culturally appropriate foods at all times.” This seems a terribly elitist sentiment. I suspect that many of the lower-income folks who shop at the 99-cent store next door find that getting enough to eat on a tight budget is what entails real “food security,” likely the reason they patronize the competition.

Oakland yet again flushes hundreds of thousands of dollars down a rat hole that “sounds good” but only benefits a few, at the cost of further impoverishing the many. A business like this that can only be sustained via a massive infusion of public cash cannot be seen (except perhaps with rose-colored glasses) as a positive influence on the community at large, but as only as another of Oakland’s glittering Potemkin Villages.

A Great Place to Shop

I always see a decent number of shoppers when I shop there, but it’ll be great if even more people find out about it. Small space but they have all the basics, great produce selection, lots of foods in bulk. And the worker owners are always friendly and helpful. Good luck Mandela, so glad you’re here!

I’m a resident of Oakland and have been to the West Oakland BART Station a few times. I had never heard or even noticed Mandela Food Markets till a month ago. Could it be that it lacks physical visibility to the BART commuters? Here are some ideas to get more customers:

2. Several tables and chairs for folks to sit and eat.

3. Offer free fruit or other food samples at a table nearby or while walking around across the street.

When in Doubt, Sue

Berkeley should learn from Oakland’s mistakes. Oakland’s Sunshine Ordinance is a joke. The Public Ethics Commission has no actual power to enforce the laws. Oakland has a pattern and practice of routinely violating the Public Records Act and its own Sunshine Ordinance, and has basically been allowed to get away with it, because the only real remedy is a lawsuit. But now a lawsuit has been filed, and Oakland will finally have to answer for its illegal and corrupt practices. My recommendation to Berkeley is: If citizens think the law is being broken — sue! Prevailing parties are entitled to attorney fees under C.C.P. Section 1021.5. Sunshine ordinances can be used in such a way as to con citizens into thinking they have more rights than they really do. The state laws are actually pretty comprehensive, and the reality is that the only true enforcement mechanism is a private lawsuit.

The best sign that this attempt at needed more-open government in Berkeley has gone too far is that the local League of Women voters abandoned its participation well before the final version was crafted (by a self-selected citizens committee and not a formal taskforce) — after, as one member put it, “tearing our hair out” over the direction the proposed ordinance was taking. The problem is that the group has been dominated by a conservative minority faction that simply doesn’t like what the city council has been deciding — especially on development and pro-transit issues — and wants a “sunshine” ordinance to use as a political club. The resulting proposal simply makes it harder for the council to get ANY business done, and enables anti-government zealots to sabotage the council with a flood of complaints that would be dealt with by a star-chamber style enforcement mechanism (which, for example, exempts itself from the meeting notice requirement it establishes for all other branches of city government).Berkeley does need a functional sunshine ordinance — but not this one. A proper ordinance would start from the premise that the city’s indirect form of democracy needs to be improved, rather than the ability of right-wing “people’s democracy” advocates to prevent efficient, open and transparent decision-making by well-informed elected officials.

Weed Out the Wackos

Ah, the old bugaboo. When you don’t like something an opponent is doing in Berkeley politics, you label them as “conservative” or “right wing.” The people working on this initiative (I’m not one of them) have tried to engage the council for literally years. In the interest of “efficiency” the council would rather work behind closed doors. The only quibble I have with the proposed ordinance is the three-minute comment at public hearings. Having listened to too many wackos at Berkeley public meetings, I would like to add an adjudicated private “audition” for people who want to speak at meetings. Any cogent, articulate, spokesman for any point of view would pass the audition and be allowed to speak. Wackos would be weeded out. The adjudicators could be chosen from the ranks of people who appeal a parking ticket in court and lose — pay the $60 fine or spend two hours previewing wackos who want to speak in public. I know which I would choose.

Berkeley needs this ordinance. Kris Worthington has been working nearly a decade to get something passed and the city council has done NOTHING. Guess what city council? Chickens have come home to roost/time to pay the piper. This sunshine ordinance will expose corruption and ineptitude far beyond what would have been exposed if you had acted in a politically expedient manner and passed some toothless ordinance.

About time, Express. Forbidden Island is just about the best tiki bar anywhere. Certainly the best quality drinks in Northern California. Great staff and lots of fun events make this place a constant destination for myself and my friends.

OMG! This is so well written. As a member of Covenant, I get to be blessed by this ministry often, but to have it here for the world to see is awesome. We don’t need no music to glorify the Lord!

I find it extremely ironic that whereas a city can be extremely liberal and tolerant in so many respects, the enforcement of building codes in Berkeley as in many other cities is highly draconian and destructive. Who the heck is really harmed but Joe Schmoe if Joe Schmoe takes a bath with rainwater he collected, or if he trips on stairs he built that are too steep, or lives in a room that is two inches lower than the arbitrary mandatory ceiling height some arbitrary petty authority has set as the unbreakable rule, or if he has built his house in such a way that its roof will leak in two years? We need to decide who really owns a house, the homeowner or the city in which it sits. A person who owns a house should be able to do with it whatever wise or foolish thing they please, as long as it doesn’t create a serious hazard for neighbors, such as a fire hazard. In my view, all that our complex building codes do, for the most part, is make it harder and much more expensive for anyone to own or even rent a residence. Just think: If we banished much of the safety overkill of building codes, people could easily build $10,000 homes for themselves, most anyone could own a house, and homelessness would be nearly unheard of. Some may point to Haiti and say that what you get without building codes is 150,000 dead in an earthquake instead of just 40 dead, but those Haitians would not have died in such vast numbers if they had lived in houses of sticks and grass instead of unreinforced concrete. More primitive structures would have served them better. Building codes are for the most part unnecessary and, as is the case with most laws, simply protect the privileged while pricing a vast number of people out of the ability to own or even rent a residence. Shame shame Berkeley that it’s taken you all this time to allow a person to risk their lives bathing in rainwater.

The 6/30 Ear Bud incorrectly stated the potential buyer of the Henry J. Kaiser Convention Center. It is Peralta Community College District, not the Peralta Colleges Foundation.

In “Retail Stars and Rental Propects,” we misstated how often Zand’s Middle Eastern deli makes spanakopita. It is made fresh every other day.