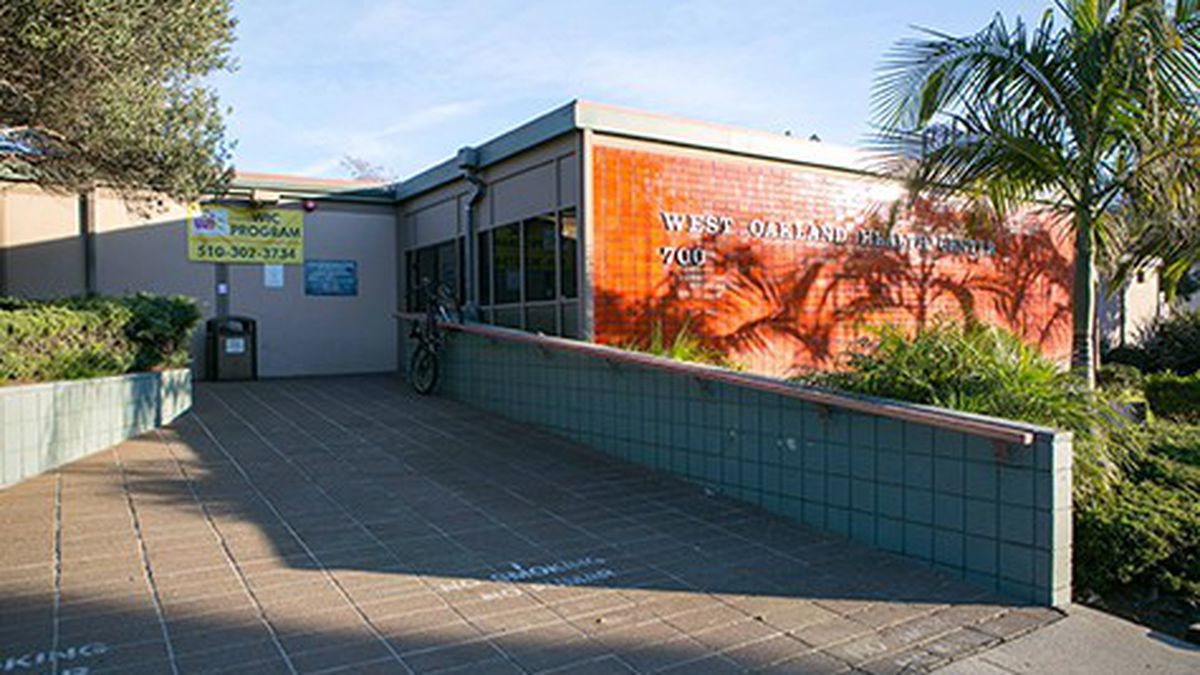 A critical safety-net health center for the uninsured and poor is losing its federal funding because of mismanagement and inadequate patient services.

For more than 45 years, the federal government has helped low-income and uninsured residents access primary medical care through grants to health centers throughout the nation. The West Oakland Health Council (WOHC), a nonprofit that formed in 1968 and now runs multiple health centers in the East Bay, was one of the first organizations in the country to receive this funding from the Health Resources and Services Administration (HRSA). For many years, the West Oakland nonprofit, with its strong ties to the African-American community, served as a model for urban health clinics, treating local residents who couldn’t afford to pay for their care.

More recently, however, WOHC leadership has run a dysfunctional operation and failed to meet the needs of patients in the community, according to federal officials. And soon, the critical safety net that the organization provides in West Oakland may unravel altogether. That’s because HRSA has determined that the nonprofit has neglected many of its obligations as a recipient of federal support and has decided to terminate its funding to WOHC in March.

WOHC, which received $3.4 million from HRSA in 2014 and reaps other fiscal benefits from its status as a so-called “federally qualified health center,” has appealed HRSA’s decision. At the same time, several other East Bay healthcare nonprofits, with support from county health officials, have also applied for HRSA Health Center Program funding in hopes of ensuring that the region does not lose those critical dollars — even if WOHC does. Regardless of the outcome, healthcare advocates say the future of primary care access for many West Oakland residents remains uncertain — and that it’s the most vulnerable patients who stand to suffer the consequences.

If Oakland loses the federal funding, “It would hit the area hard, and for people of color in particular, it would be an enormous hit,” said Reverend Thomas Harris, a West Oakland pastor and former longtime member of WOHC’s board of directors. “People’s livelihoods are at stake here.”

WOHC currently runs seven facilities, including the West Oakland Health Center, the East Oakland Health Center, and additional clinics in Oakland and Berkeley. According to HRSA data from 2011 to 2013, nearly all of the organization’s patients were people living in poverty and the vast majority of them were African American. In 2013, 41 percent of patients were uninsured and 43 percent of patients had insurance through Medi-Cal or the Children’s Health Insurance Program — both government-sponsored programs for low-income people.

The patients also have high rates of chronic illness and other problems. In 2013, 32 percent of all patients suffered from hypertension, 13 percent suffered from diabetes, and 9 percent were homeless. The organization provides a range of services, including primary medical care, dental, vision, mental health services, and substance abuse recovery.

Federally qualified health centers like WOHC also have significantly higher Medi-Cal reimbursement rates than centers without the federal designation. That means the government insurance program covers a much greater portion of the cost of care for low-income patients than typical medical facilities. The specific rates are not publicly disclosed and are different for each health center based on location: in general, federally qualified centers can receive hundreds of dollars more per Medi-Cal patient visit simply because of the HRSA designation.

In exchange for those benefits, HRSA monitors the health centers and reviews them for compliance with a number of specific requirements. After a three-day site visit in June 2014, HRSA found that WOHC was failing to comply with fifteen different requirements — and was compliant in only four categories. According to a 34-page HRSA site visit report obtained by the Express, the feds found that the organization was failing in a wide range of categories, including accessibility to its facilities, staffing, and financial management.

While a few of the findings appeared to be relatively minor, many were tied to seemingly systemic problems and some were directly related to patient services. HRSA found that some patients were failing to complete needed testing possibly because of limited services at certain locations. HRSA auditors further stated that the organization has violated its own policy by failing to properly review patient satisfaction with its limited hours of operation — 8:30 a.m. to 5 p.m., weekdays only.

WOHC’s after-hours system is also poor, HRSA auditors wrote, noting that patients calling in the evening were not warned to call 911 in emergencies and were not given appropriate assessments by on-call operators. The organization also lacked a clear sliding fee policy for low-income residents and was failing to make patients aware of their rights to access care regardless of their ability to pay, HRSA auditors wrote.

According to the feds, the health center also lacks necessary contracts or memoranda of understanding with area hospitals regarding referrals and hospitalizations. That means that WOHC does not have formal arrangements and policies for transferring and tracking patients in emergency situations or with other medical issues that WOHC facilities can’t address (such as mothers in labor). At the time of HRSA’s visits, officials also determined that basic staffing records were missing, such as proof of immunizations.

Finally, HRSA auditors raised a number of concerns about governance and financial management. Auditors stated that there was a void in medical leadership at WOHC, because the organization’s longtime executive director, Dr. Robert Cooper, was also the nonprofit’s health services director (positions that HRSA said must be separate). WOHC also lacks a chief financial officer, chief operations officer, and chief information officer and doesn’t have a plan to deal with ongoing financial challenges. The nonprofit’s board of directors has also failed to properly evaluate the performance of the executive director.

WOHC has also experienced massive declines in its total patient population, which healthcare advocates and officials note is a serious concern, given that the needs of the poor and uninsured have not declined in the region. Though this drop-off is not covered in detail in the HRSA compliance report, and it’s unclear what’s driving it, federal data shows that the number of patients treated by the health council has decreased by 60 percent over three years — from 20,767 in 2011 to 17,029 in 2012 to only 8,395 in 2013. In fiscal year 2011–12, the organization only treated 54 percent of its target number of patients, according to an Alameda County report.

It’s unclear what changes WOHC has made to address the deficiencies since HRSA issued its findings. Cooper and Loyd Ware, chair of the nonprofit’s board, did not respond to repeated requests for comment for this report. In September, Ware wrote a letter to WOHC staffers, saying the board planned to appeal HRSA’s decision and was working to address noncompliance issues.

But in a November letter to the board (also obtained by the Express), staff members said Cooper was failing to make the changes HRSA had requested and urged the board to fire the longtime director in an effort to preserve the federal funding. Harris, the former board member who stepped down at the end of last year, said there seemed to be a “lack of urgency” on the board to make changes and improve its services.

A HRSA spokesperson declined to comment on the specifics of WOHC’s compliance problems, but confirmed that the federal government will end funding on February 28 (because of noncompliance) and has launched a “service area competition” for the West Oakland funding.

Though HRSA has said it plans to award a new grant that would begin in March, some fear that patients who have depended on WOHC will fall through the cracks — or end up relying on already overburdened hospital emergency departments for their primary care needs.

“There could be a gap in services, which we are worried about,” said Amy Shrago, health and legislative policy analyst for Alameda County Supervisor Keith Carson, whose district includes West Oakland. She said her office would work with county health officials to ensure a smooth transition if HRSA gives the funding to a new organization.

“Alameda County has worked hard to be sure that the federal funding will not be lost,” said Alex Briscoe, director of the Alameda County Health Care Services Agency.

In the wake of HRSA’s decision to pull funding from WOHC and launch an area competition, Roots Community Health Center, an East Oakland-based health organization founded in 2008, has applied for the federal money. County officials have supported Roots, which currently is not a federally qualified center, in its HRSA application.

The county also encouraged two existing federally qualified health centers in Oakland — La Clínica de La Raza and LifeLong Medical Care — to jointly apply for the HRSA funding as another option. The directors of those two organizations said that they hope WOHC can resolve its issues with the feds and consider their joint application as a backup option.

“The big concern with them losing the grant was, ‘Who is going to take care of this population?'” said Dr. Noha Aboelata, founder and CEO of Roots. Aboelata said her organization tried to file a joint HRSA application with WOHC but WOHC officials backed out of a potential partnership.

Instead, WOHC, in addition to filing a HRSA appeal, ultimately submitted its own application to HRSA to continue receiving funding, though it’s unlikely that the feds would select the organization given their original compliance concerns.

Even if WOHC loses the HRSA funding and federally qualified health center designation, the organization would still be a licensed medical provider. And Harris said that it appeared that the leadership of WOHC, which also receives limited funding from the county, has no intention of closing it down, regardless of HRSA’s decisions. In other words, WOHC — with significantly less revenue and a potentially unsustainable financial model for its Medi-Cal patient population — could still be accepting patients in March. And assuming HRSA awards the funding to a different organization, there could be a lot of confusion as a new healthcare organization attempts to care for these patients at an alternative location.

Either way, advocates noted, the East Bay is on track to lose a health center that has long targeted the needs of the African-American community and has deep connections to the neighborhood. “We would lose the really West Oakland-rooted services, and that’s really sad,” said Shrago. Briscoe added that WOHC historically has been “one of the most important providers focused on African-American health.”

Aboelata said that if Roots receives the HRSA award, she would work hard to establish services in West Oakland that are “culturally competent for African-American patients,” in part by ensuring that the demographics of the doctors reflect the community and by prioritizing staff with expertise in specific health and social issues that impact people of color.

Roots, she added, would also work to find a West Oakland site as quickly as possible. “We’re open to really do whatever it takes so that patients receive care that’s uninterrupted.”