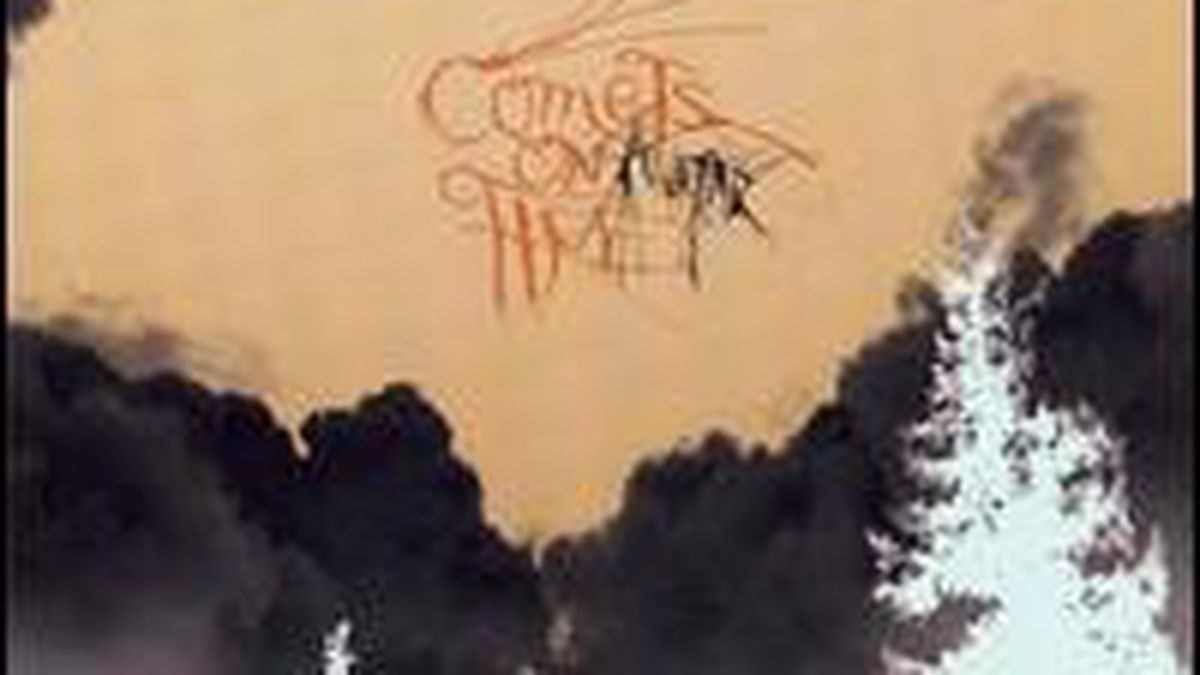 Comets on Fire Avatar Are the members of Comets on Fire totally out of their gourd? Perhaps. Or maybe they’re in complete command of Avatar’s blown-out rock fury — tangled and knotted and blasted by design. “Dogwood Rust” and “Holy Teeth” suggest the former, but mellower blues-tinged numbers “Sour Smoke” and “Lucifer’s Memory” seem to say everything’s okay. The real test is for the listener to cede control to a band that proves in its opening song to be hell-bent on beautiful, psychedelic chaos. (Sub Pop) Link to Comet’s site Link to “Dogwood Rust” MP3

TV on the Radio Return to Cookie Mountain When it comes to Brooklyn’s TV on the Radio, most folks fall into one of two camps: They know nothing of the band, or they’re sick of hearing about them. This year’s art-rock indie darlings have released a triumph so loaded with tension that it takes real work to unpack. The band makes the task fun through stunning vocals, beats, and instrumental breaks that send listeners’ souls straight to Cookie Mountain. Soon a third faction shall emerge: those who never want to leave. (4AD) Link to TVOTR site Link to streaming TVOTR

Crime in Choir Trumpery Metier Instrumental prog-rock is a tough sell, but this San Francisco sextet should get the kids begging for synthesizers and saxophones this year. Improving on 2004’s acclaimed The Hoop, Trumpery Metier sets a new standard for the genre while continuing to mix math-rock and free jazz into an already experimental palette. Across 42 busily indulgent minutes, Crime in Choir changes modes and time signatures like so many itchy socks. The result is as puzzling as it is arresting. (Gold Standard Laboratories) Link to Crime site Link to Crime stream

Songs about eagles mating with men, lakes running through valleys, and kids getting high on mushrooms help plant A Million Microphones firmly in this year’s top ten. Supersystem pinned itself on the tail of the dance-punk movement with its 2005 debut Always Never Again, but unlike !!!, the Rapture, and Radio 4, it never sacrifices melody for rhythm. Microphones is a case study in cool; disaffected vocals and tasteful pilfering from world and electronic music guarantee a long shelf life. (Touch and Go) Link to Supersystem Link to Supersystem stream

The Thermals The Body, the Blood, the Machine Praise the Sex Pistols for inventing three-chord rabble-rousing. Thank the Thermals for learning to play their instruments. Across The Body, the Blood, the Machine, the Portland trio delivers antireligion and antigovernment messages like grenades wrapped in bacon. Hutch Harris’ urgent vocals tumble atop poppy melodies and punk-fueled rhythms. And now we’ve gotta run/A giant fist is out to crush us, he sings in the hook-heavy “A Pillar of Salt.” It’s so simple yet so very right. (Sub Pop) Link to the Thermals site

Link to “Pillar of Salt” MP3

Two Gallants What the Toll Tells If not the best local release of the year, certainly the most anticipated. A headlining performance at Noise Pop, coverage in the Chronicle, and a contract with Conor Oberst’s Saddle Creek label elevated the duo’s profile as well as expectations for its sophomore album. What the Toll Tells delivers country-tinged indie rock at its own pace; four of the nine songs exceed eight minutes and none offers cheap thrills. Musically it can soothe and thrash. Lyrically, it’s deep as a well. (Saddle Creek) Link to www.twogallants.com Link to “Las Cruces Jail” MP3 Link to “Waves of Grain” MP3

Trainwreck Riders Lonely Road Revival Trainwreck Riders rule for anyone who loves country rock but can’t bear Two Gallants’ literary lyrics and extended tomes. The two bands are close friends and frequent tourmates (hell, they got Tasered and arrested together by Houston police), but the likenesses end there. The Riders are all spit and whiskey, playing music cleverly — and tellingly — dubbed cowpunk. Lonely Road Revival could soundtrack a moshpit or a hoedown; both Southern soul and showy solos have their place, but neither emerges victorious. (Alive) Link to Trainwreck site Link to “Xmas time blues” MP3 Link to “In and Out of Love” MP3

Optimus Rhyme School the Indie Rockers Lay underground rap on indie rock and what do you get? Seattle act Optimus Rhyme (nerd reference number one), and some of the most creative hip-hop this side of Us3. MC Wheelie Cyberman raps with aplomb about moderating an Internet message board (number two) and possessing massive Ping-Pong skills (three) over live guitar riffs that sound culled from original Nintendo tunes (four). But the best thing about School the Indie Rockers is you don’t need to be a geek to grasp its genius. (Narcofunk) Link to Optimus site Link to “Just Forget It” MP3

Slackers Peculiar Yeah, we know — ska ain’t cool. Get over it, and then check out the Slackers, the best ska band playing today. Peculiar doesn’t stop there, fusing rocksteady, reggae, and rock into a deeply satisfying and stompin’ good time. The record single-handedly trounces the skanking-and-checkerboard-Vans scene of the mid-’90s revival. Political songs like “Propaganda” and “International War Criminal” lend Peculiar real weight in serious times. Phenomenal sound quality and a hybrid live and studio recording method only bolster its landmark status. (Hellcat) Link to “86 the Mayo” MP3 Link to “Propaganda” MP3

Silversun Pickups Carnavas Fuzzier than your favorite stuffed animal, Silversun Pickups play spacey alt-rock stained with shoegaze and a modern indie-rock aesthetic. The band borrowed not only the Smashing Pumpkins’ sound, but also its initials and employment of a female bassist. You’d better believe Nikki Monniger can hold down a mean groove. Keyboardist Joe Lester lays down the requisite hypnotic texture; Christopher Guanlao presides over a kit with an impossibly tall crash cymbal; and Brian Aubert ties everything together with earnest vocals about who knows what. (Dangerbird) Link to Silversun site