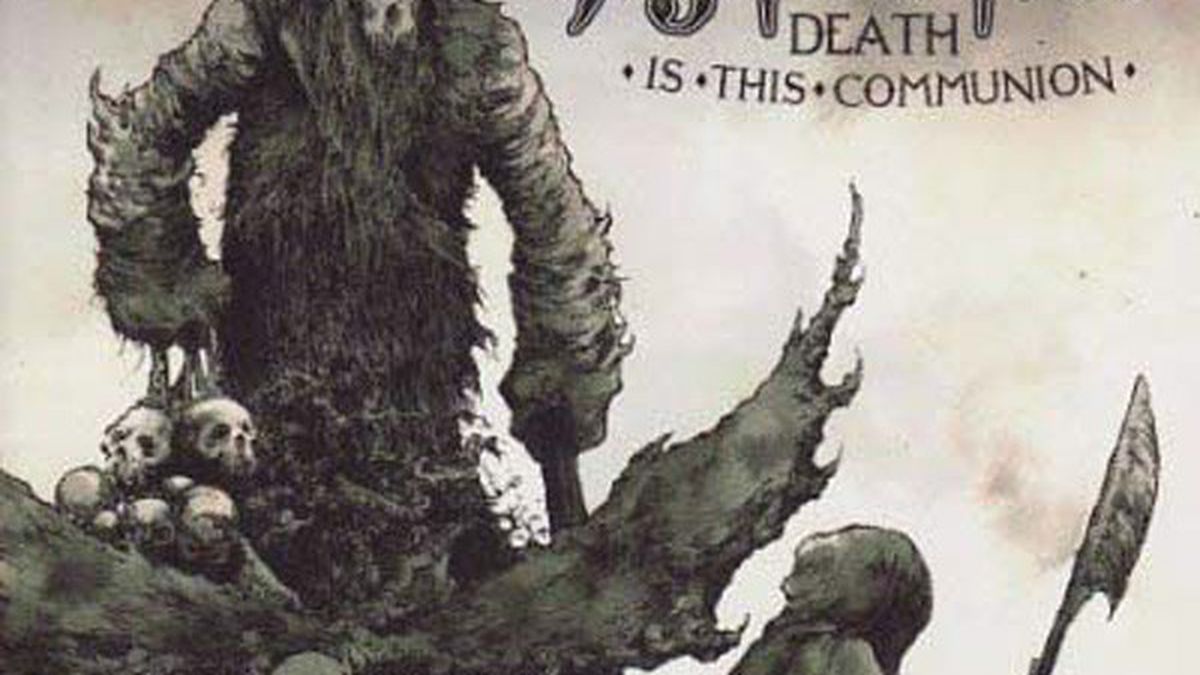 Kathleen Richards' top 10 for the year

High on Fire, Death Is This Communion, Relapse.

By far its most ambitious and catchy album to date, Oakland metal heroes High on Fire continue producing some of the heaviest music on the continent while perfecting tones, vocal range, lyric hooks, and production. Singer-guitarist Matt Pike unleashes even more prodigious riffing with his new custom-made nine-string (how did he ever live without it?). New bassist Jeff Matz contributes some Middle-Eastern meandering, which isn’t as cheesy as it sounds, while drummer Des Kensel continues his thundering beats with more emphasis on texture than brute force. The metal band to convert non-metal fans.

When Birds & Batteries hit the Bay Area music scene last year with Nature vs. Nature, the band quickly established itself as a local favorite with its uncommon mix of lo-fi country and electro pop. On I’ll Never Sleep Again, a revamped co-ed lineup continues to pulse with pedal steel, Rhodes piano, and laptop synths, anchored by singer Michael Sempert’s superb songwriting. But the band is clearly shooting for something higher. These songs sound fresher and more inventive; sweeping arrangements and the occasional sonic freak-out add to the already rich landscape, including an ambitious revisioning of Neil Young’s “Heart of Gold.”

Don’t be fooled by the very forgettable cover of the Clorox Girls’ third album. Inside, the Los Angeles trio (née Red Cross in Oakland) takes it back to the simpler days of punk rock with their third album J’aime Les Filles. With a penchant for Francophilia, ’70s punk (namely, the Jam, also the Ramones and the Buzzcocks), catchy hooks, and sunshiney choruses, Clorox Girls emphasize pop over snarl in these fourteen tracks, which rarely exceed two minutes. If you’re sick of punk bands emulating Rancid and Green Day, these are your dudes.

Even if you’ve never cared for or heard Gonzales’ electronica work, his solo piano compositions merit listening. Surprisingly touching, classical influences of Ravel, Debussy, and the heartbreaking Satie seep through, as do hints of ragtime. The hushed dark chords of “Overnight” are brightened with delicate grace notes, while “Dot” carries like a long, involved novel. Originally released in 2005, Solo Piano saw its stateside release this year, giving an unsuspecting generation a new rainy-day classical soundtrack.

If you’re not familiar with Blonde Redhead, this might be the album to reel you in. Bemoaned by some and hailed by others for being the New York art-rock trio’s most accessible album to date, 23 sees the fourteen-year-old band polishing its brooding, noisy pop into dreamy, grandiose statements. The results, like the My Bloody Valentine-like title track and “Spring and By Summer Fall,” burst with shimmering guitars and synths, demanding urgent listening.

At first, you’re not sure what to make of the falsetto call on “Holy Chord,” the incredibly dramatic, crescendoing opener on Australian indie-rock band Dappled Cities’ second album. It’s awfully powerful, earnest stuff, reminscent of something on the Flaming Lips’ The Soft Bulletin. Almost too much. But by the next song, “Work It Out,” Dappled Cities’ expertly crafted, ’80s-leaning pop writing emerges. And by the danceable “Vision Bell,” that falsetto has grown on you, too. Highly addictive, life-affirming songs, not for the jaded.

It’s not easy to pinpoint just exactly what Priestbird (formerly Tarantula A.D.) is doing on its debut. The members’ self-admitted “schizophrenia-type writing” resulted in songs jumping from orchestrated, ethereal arrangements; to solo piano; to psychedelic, Pink-Floyd-reminiscent rock. All show the band’s accomplished playing, but it’s the latter — especially “Season of the Sun” — that most impresses. A promising start.

Fabienne Delsol, Between You and Me, Damaged Goods.

French chanteuse Fabienne Delsol has the ’60s garage-psyche sound down pat on her second album Between You and Me. Polished by flawless production and an equally skilled band, her voice convincingly ranges from hot-to-trot on “Catch Me a Rat,” nasally but charming on “Le Roi Des Fourmis,” and pining for love on “And I Have Learnt to Dream.” A hidden gem worth unearthing.

Radiohead, In Rainbows, Self released.

Sure, everyone’s been talking about In Rainbows, but it’s not necessarily because of the music. Nevertheless, the songs on the Oxford quintet’s seventh album are worth discussing. Singer Thom Yorke seems to have largely relieved his itch for glitches on last year’s solo effort; In Rainbows is far more organic than past efforts since Kid A, but still continues the exploration into dynamics-driven, electronica-textured “rock” music. The best moments (“Weird Fishes/Arpeggi,” “All I Need”) remind just how skilled the band is at building emotional depth (especially with string arrangements and the ever-eerie ondes martenot), while still remaining largely pop. In Rainbows won’t likely convert any new followers, but will surely keep the masses of devoted faithful.