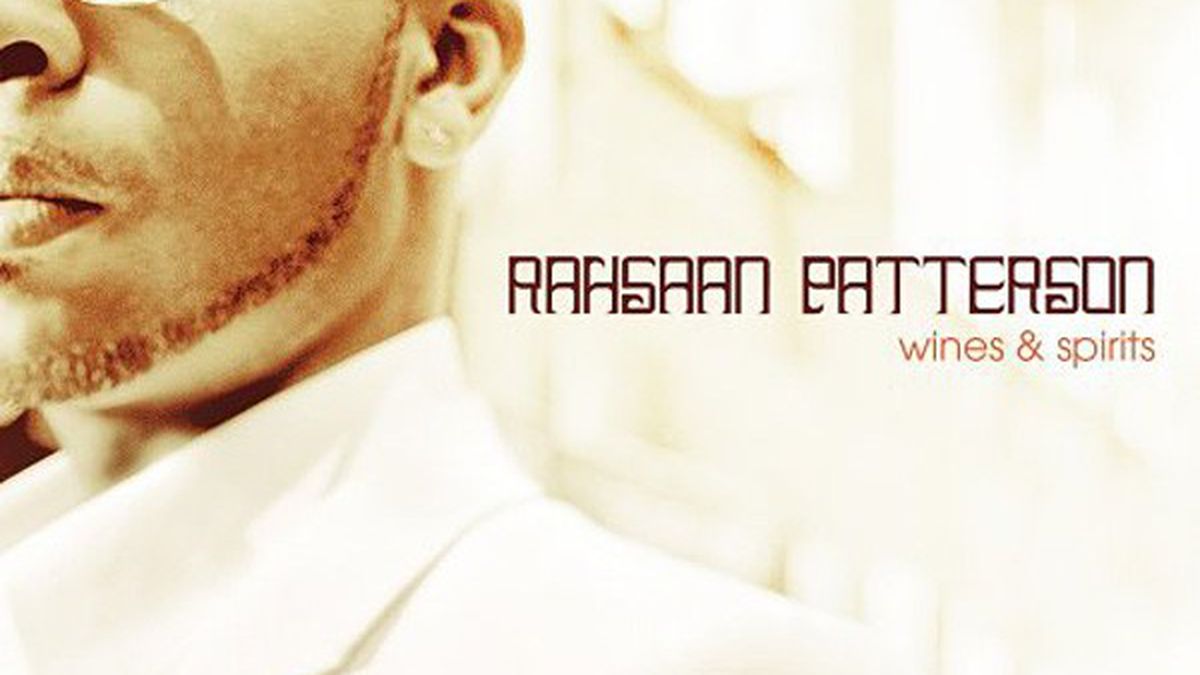 New York singer Rahsaan Patterson puts his stamp on everything. On his latest, Wine & Spirits, Patterson lurches from lean, acoustic rock ballads (like the opener “Cloud 9”) to joyously theatrical R&B (exemplified in the climactic ninth track, “Deliver Me”). He’ll pair a straightforward drum pattern with a boom shaka laka break that could have been sampled from any standard-bearer of the ’70s. He’s fond of talking about vices (especially wine and cigarettes), and he’ll use weird, literary metaphors that sometimes demand a second listen. To top it all off, he’s the undisputed champion of crazy-ass R&B bridges, the kind that allow an artist to completely shift moods on a dime.

Take the aforementioned “Deliver Me,” by far the weirdest song on the album. It starts off with a catchy Al Green-style groove that serves, in part, to smooth out the increasingly strange lyrics: Actually about an unrequited crush, the song uses highly inflated language to describe a feeling that apparently got under Patterson’s skin and suffocated him (he calls it “the abominable dragon”). On the song’s bridge, Patterson shifts to a sweeping, Sound of Music-style aria: Deliver me, oh luuuhhvve! Four bars later, he goes right back to the Al Green groove. It’s like making a direct U-turn.

“Deliver Me” is the best “gotcha!” moment on an album that’s full of “gotcha!” moments, as Patterson valiantly attempts to balance his classical impulses with his innovations. Most of the time, the “innovation” part boils down to a lovingly stretched vowel or a line coming in just slightly behind the beat — something that doesn’t stray too far from the conventional pop template. Still, it’s the weirder songs — the ones that sometimes don’t quite work ­— that make Wine and Spirits worth checking out.