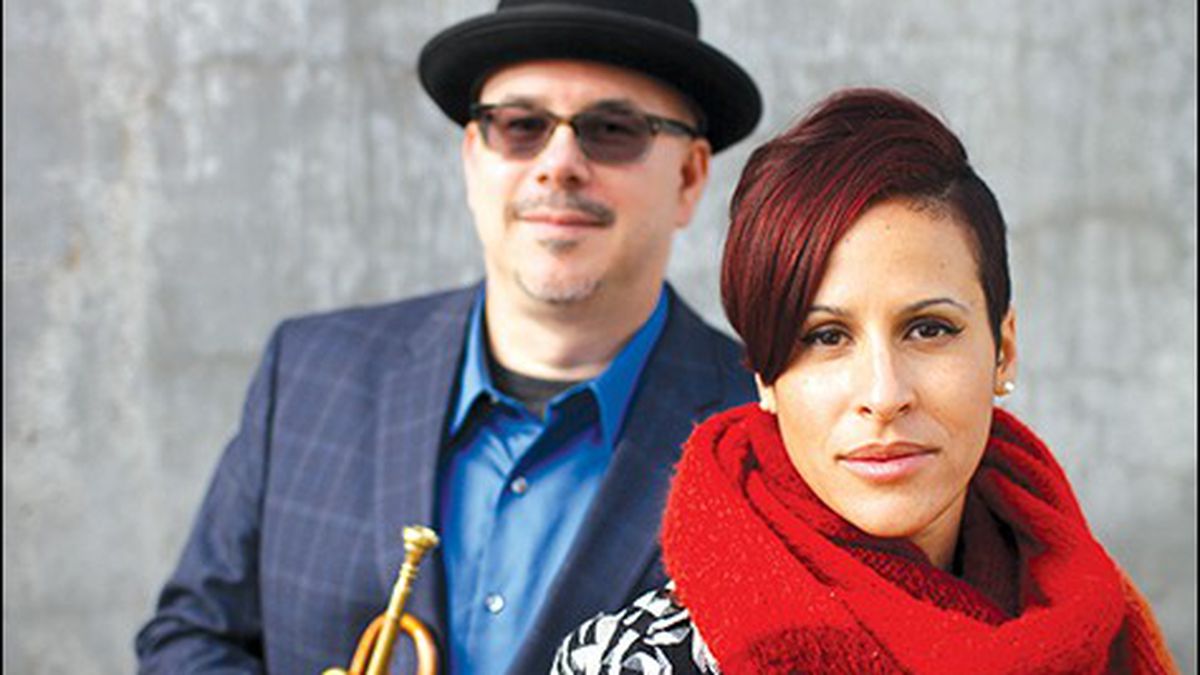 In some ways, Moment to Moment is the ballads album Davis never recorded. Sure, there are Davis discs on the market with titles like Miles Davis Plays for Lovers and Beautiful Ballads and Love Songs, but those are collections of romantic songs such as “My Funny Valentine” and “When I Fall in Love” taken from various Davis albums and compiled after his death in 1991.

One might call the lush performances on Moment to Moment — of the old standards “For All We Know” and “You Don’t Know What Love Is,” more recent compositions by Kenny Barron and Elvis Costello, and originals by Menzies and Phillips — “music to make out to,” although Menzies doesn’t entirely agree. “I don’t think ballads are all love songs,” the 36-year-old pianist said in the dining room of her East Oakland home, following an afternoon rehearsal with Phillips.

When Menzies and Phillips wrote lead sheets for themselves, bassist Jeff Chambers, and drummer Jaz Sawyer to refer to during the recording sessions last summer at Fantasy Studios in Berkeley, they included lyrics to those songs that originally had words.

“I’ve always been attracted to ballads because of their storytelling,” said the 48-year-old trumpeter. “If you’re gonna tell a story through your instrument, it helps to understand what the story is.”

Menzies, who doesn’t sing on the album, suddenly broke into lines from the 1934 Sam M. Lewis/J. Fred Coots composition “For All We Know” — For all we know, we may never meet again. We come, we go, like ripples in a stream — then explained, “Sometimes you’re playing and you’re not keeping the lyrics in mind, but on that one, how we decided to come up with the arrangement was very much dictated by the lyrics.”

The Davis/Evans flavor that’s exhibited throughout Moment to Moment may not have been planned, but it was something neither musician could avoid. “We weren’t going for that, but they’re definitely players who influenced us in different ways,” Menzies said.

“I feel like I’m every bit as influenced by Bill Evans as I am [by] Miles,” Phillips said. “[The piano] is a different instrument [than the trumpet], but the thing about both of them is a heartfelt lyricism that really resonates with me and I know resonates with Cava. Every note was intentional with both of them, and how they interpreted music emotionally and the way they communicated with each other was profound.”

Menzies — the daughter of noted jazz trumpeter Eddie Henderson and granddaughter of Vivian Brown, who once danced at the Cotton Club in Harlem and appeared in Fats Waller “soundies” (both “Ain’t Misbehavin'” and “Honeysuckle Rose” can be found on YouTube) — has taught voice and directed choirs at the Oakland School for the Arts since the charter school for students in grades six through twelve opened a decade ago. “Working with singers to extract emotion and interpret songs and making arrangements for them probably influences why my playing is lyrical,” she said.

Two years ago, on the recommendation of a friend, Menzies hired Phillips as a sub for a regular member of her band for a gig at a Berkeley restaurant. Even though Phillips hadn’t been playing much at the time — due to the demands of his day job as vice president of catalog and jazz A&R of the Beverly Hills-based Concord Music Group — the two made an immediate musical connection.

“He was playing super tasteful stuff,” Menzies recalled. “I was really surprised that he hadn’t been picking up his horn.”

“The first time we played together inspired me to want to play more,” Phillips added. “It made me realize how much I missed playing.”

Phillips and Menzies released Moment to Moment — which is available digitally from The Orchard and physically from CD Baby — on their own label rather than offer it to Concord. “I felt that would be the worst form of self-nepotism, given my position as VP of A&R,” Phillips explained.

No matter. Moment to Moment holds up on its own. Whether playing open horn or with a Harmon mute attached, Phillips’ trumpet radiates warmth and sweetness as it floats over Menzies’ delicate piano chords on the eight down-tempo tunes.

“I felt like we had something really special happening,” Phillips said of playing ballads with Menzies. “We both like to leave space and let the music breathe. When I’m soloing, it’s not just like a solo thing. There’s communication happening.”

Recession Follies: No Cars, No Milk