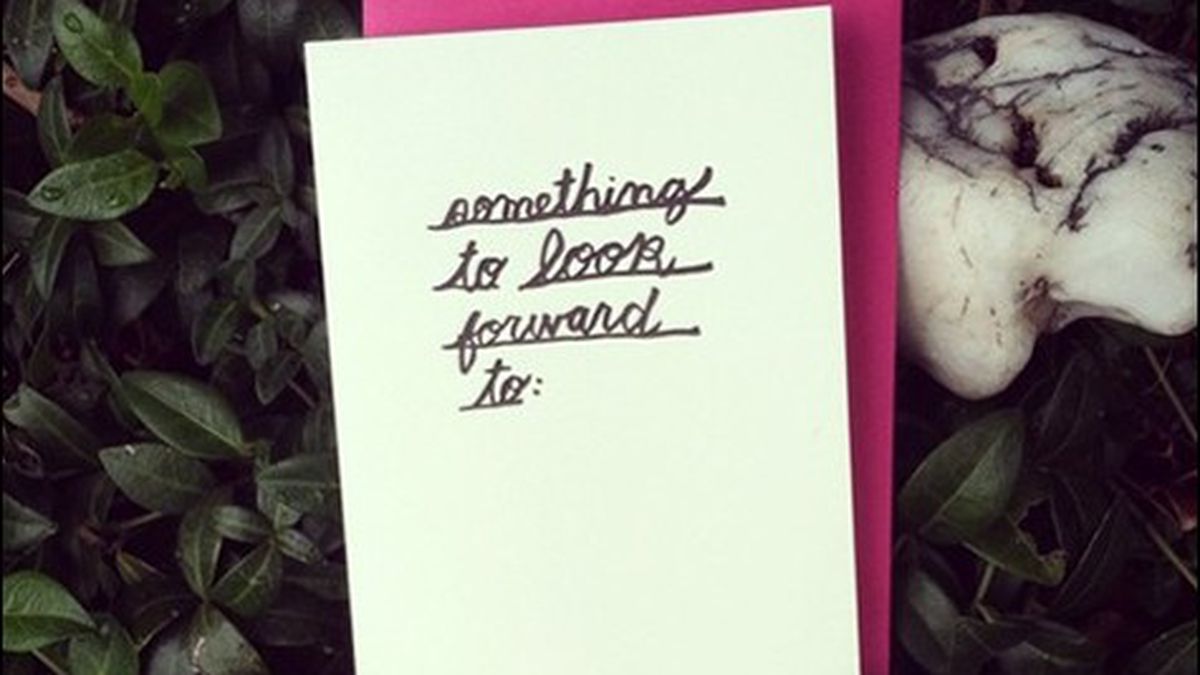 The Art of Hypnotherapy

Two years ago, Carissa Potter got a simple but powerful message from a psychic. The Oakland-based artist had never visited a fortune-teller before and wasn’t entirely sure of the psychic’s credentials, but his words stuck with her. He told her, essentially, that good things were coming her way. She couldn’t help but feel excited about the professional forecast. “Part of me was like, this is bullshit. But then a part of me really wanted to believe it,” she said. “The magic of having this experience was really moving.”

Potter, 31, hopes to leave strangers with a similar feeling of optimism at her new exhibition, Hold Me Like Before, which opens this week at Royal NoneSuch Gallery in Oakland. She won’t be reading tarot cards or gazing into a crystal ball, but she does plan to interact one-on-one with visitors through an activity aimed at helping participants think positively about their futures. The process, she explained, will be less like fortune-telling, and more like therapy.

The month-long, experimental installation integrates art therapy, hypnosis, and meditation; Potter will also be inviting viewers to collaborate on a number of pieces and installations inside the tiny Temescal space. Visitors will play with clay, tie knots as part of a hanging rope installation, and participate in guided group meditations.

“I want people to feel comfortable in a space,” said Potter, a visual artist who specializes in printmaking and is currently an artist-in-residence at the Kala Art Institute in Berkeley. “And I want them to feel better after going into a space.”

Part of the process of “feeling better,” she explained, comes from the therapeutic nature of working on group art projects with others: “The creation of art is a community activity. It is not a solitary activity.” And with her new exhibition, Potter continued, “there’s a relationship happening that’s above and beyond the maker-viewer relationship. You’re intertwined.”

At an opening reception on Friday, Potter will meet individually with visitors in the back of the 200-square-foot gallery for brief therapy-esque sessions. “I want to somehow create a connection between us as humans. I am not a licensed therapist, but I’m a licensed human. I really like people,” she said.

During these conversations, participants will discuss goals for the future while playing with clay, eventually creating a miniature sculpture associated with the stated intention. The discussion, she explained, will follow some basic questions, such as “What is something in your life that you are looking forward to? And “How can we work together to make this shit happen?”

Potter will display the resulting clay sculptures in the gallery for the remainder of the show as part of a group piece called “Something To Look Forward To.”

Kate Pruitt, an Oakland-based artist who is collaborating on the exhibition, said the concept draws on contemporary therapy techniques that incorporate objects and possessions that carry specific significance. “We’re always projecting things onto objects — nostalgia and memory,” she said. “It’s a reminder of an experience or a thought or a feeling.”

Pruitt’s contribution to the show is a piece called “Gradually, It Grows” — a hanging rope that visitors will expand by tying new knots onto it, like a massive friendship bracelet. This kind of repetitive hand motion can be meditative, Pruitt said.

At the same time, Potter is transforming the gallery in a way that she hopes will make the physical space itself meditative and therapeutic — with a comfortable seating area and the walls painted a mint color, in what she hopes will be a soothing pattern.

Then on August 16, Potter will host a group hypnosis session, “Feel Better Now,” which will involve guided relaxation, meditation, and intense concentration.

In a similar vein as “Something To Look Forward To,” the hypnotherapy session is centered on projecting optimism and recreating the hopefulness Potter gained from her psychic reading two years ago: “If you imagine yourself having positive experiences, the chances of you having them are greater,” she explained.

And experiencing group hypnosis aligns with a broader theme of the exhibition: “One of the goals of this project is to hopefully make you feel a little less lonely,” Potter said.

When I met Potter at her East Oakland home studio, she tested out her “Something To Look Forward To” therapy activity on me, which led us to a rather personal conversation about loneliness and relationships.

Potter later said she is drawn to these kinds of intimate discussions with strangers: “I’m just as lonely and lost, so maybe in a way it serves a purpose for me … to feel comforted by the existence of other people.”

And in this way, Potter said she also wants to make sure that the show is accessible and inviting and to avoid the pretentious and competitive atmosphere that can often exist at art openings. “There was this time period where I would go to gallery exhibits and I would just feel alone and disgusted, like I was never going to be anything. I really have the goal of creating the opposite.”

Elizabeth Bernstein, co-founder and co-director of Royal NoneSuch Gallery, said she was drawn to Potter’s art because of the unique way she explores human relationships. Potter also runs her own business selling hand-printed greeting cards, which often have whimsical and touching messages about love and romance, such as “FUCK IT, I LOVE YOU” or “i held this card as i would have held you, if we were together.”

Bernstein said she was interested in seeing how Potter would build on these themes if she had her own space for a month without any pressure to sell her work. (Part of the mission of Royal NoneSuch, which opened in 2009, is that it is not a commercially driven gallery).

Corrections for the Week of March 24