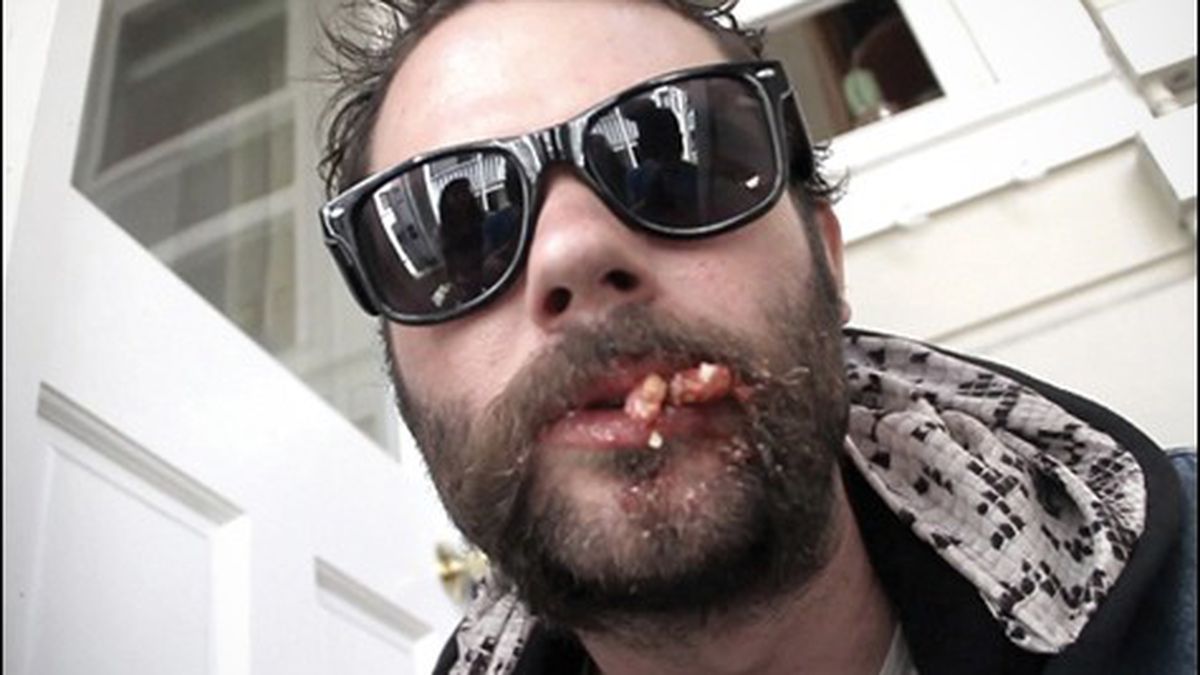 The Art (and Sport) of Music Video Race

In its second year, Music Video Race challenges bands and filmmakers to make a music video in one weekend, fostering community and giving credibility to the low- to-no budget art form.

A scruffy-looking, hooded hipster dude struts around San Francisco, lighting bags of shit on fire and stealing ice cream from little girls, until he stumbles across a sidewalk snake charmer and his leather-vested longtime arch-nemesis named “Mongoose.” This music video’s surreal premise, paired with the noxiously catchy track “Cobra” by San Francisco electro duo doppio, won last year’s Music Video Race, a Bay Area competition that is gearing up for its second year.

Music Video Race pairs twenty filmmakers with twenty bands and gives them one weekend to conceive, shoot, and edit a music video; it’s similar to the popular 48 Hour Film Fest, which challenges participants to create a short film in only 48 hours. Organizers hand -pick the participating filmmakers and bands, and will accept submissions at [email protected] through Tuesday, April 30. Filming will take place Friday, June 7 to Sunday, June 9, and all videos will be screened at a party on Saturday, June 15, at Rickshaw Stop, where a panel of industry experts will pick the best video and award prizes.

Music Video Race embodies the new symbiotic relationship that has emerged between Bay Area musicians and filmmakers in the age of low- to no-budget music videos. MTV’s switch to reality TV in the late Nineties may have signaled the end of the music video’s heyday, but the Internet picked up where the iconic network left off. YouTube has somewhat monetized music videos, mostly for major artists or viral hits: PSY’s “Gangnam Style” collected $870,000 through 1.5 billion clicks. On the other end of the spectrum, last year’s twenty Music Video Race entries garnered a respectable total of 16,000 YouTube views.

Even though music videos seldom make artists rich or famous, they’ve experienced a renaissance online. Music Video Race co-founders Tim Lillis and Jacquelyn Marker — both of whom do video production work for a living — came up with the idea after competing in similar film contests and realizing that the concept could apply to music videos. Lillis also said technology has given music videos a new life. “Pro Tools and home-recording have really democratized the recording process,” he said. “And sites like YouTube and Vimeo have democratized the promotion process. It requires the same effort to find a Rihanna video as it does to find a video by French Cassettes.”

The win for bands — a free music video — seems obvious, but last year’s Music Video Race also helped boost the profiles of novice filmmakers like Dalan McNabola, whose video for French Cassettes’ track “Mouth Drum” won three awards, including “Best Editing.” Though McNabola had little directing experience before concocting the quirky, eye-catching video, afterward he found himself fielding requests to make more videos — first by Van Pierszalowski of rock band Waters and Caleb Nichols of indie pop outfit Churches (both of whose bands participated in Music Video Race). “It’s crazy, things have really picked up,” McNabola said, adding that he has since made five videos, and was wrapping up three more. “I’m actually going over to the French Cassettes’ house later today to talk about ideas for another video.”

Of the ten music videos McNabola has shot, he’s done all but one for free; in some cases, he’s lost money, but he said it’s been worth it because he likes the work. While he has supported himself with a steady stream of freelance editing jobs for ad agencies for more than a decade, McNabola hopes his ever-growing reel of music videos might land him more lucrative gigs directing commercials. “Showing how creative and colorful my work can be with no budget can go a long way to showing what I could do with a bigger budget,” he said.

Of course, not all Bay Area music video-makers put in the muscle for no pay. Fremont videographer Dope Scorsese, who has not participated in Music Video Race, has been making a living directing hip-hop music videos for the past year and a half as part of a small collaborative that shares equipment and works together on larger shoots. Scorsese amassed a valuable network of music contacts during a brief stint studying audio engineering in college, which gave him a head start out of the unpaid gig stage. “[Doing free work] can help you, but you don’t want to get stuck in it. If you’re not getting paid, it’s not really a job,” he said.

Part of Scorsese’s success has come from being been methodical and dogged about his career: Last year he shot a total of 48 music videos. “I can’t remember the last day I didn’t do something that was video-related — writing a treatment, shooting, storyboarding. Every penny I made from video work, I invested back into my job.” Which is not to say things were always easy: “When I first started, everything I used was borrowed: borrowed tripod, borrowed camera, borrowed lights,” he said. “The cool thing about having no gear is it forces you to be more creative.”

It’s this kind of DIY creativity that Music Video Race tries to cull and cultivate. The competition zeroes in on a filmmaker’s ability to make something — preferably something beautiful, funny, or cool — with almost no resources. Last year, the filmmaker who worked with William Ryan Fritch (who scored the film The Waiting Room) shot a “no-budget” video with all-natural lighting and a simple SLR camera. The only money McNabola spent on his video went to pizza and a few rolls of fabric for set dressing.

For bands that miss out on this year’s Music Video Race, McNabola has these tips on getting a free video made: Seek out local filmmakers online, check out their work, and don’t be afraid to start a dialogue by emailing them songs. Once a video is made, it’s helpful to give the director credit, refer them to musician friends, and work with them again to build a portfolio together. McNabola said the biggest mistake he’s seen bands make when asking a filmmaker to shoot a video for free is pitching a specific, inflexible idea.”I understand from a musician’s perspective this song is their baby, and they want to have a say in the creative process. …But I might be hesitant if a band approached me and said ‘Will you do this?'” McNabola said. “It’s like, ‘Here’s what you’re going to do. For free.'”

Bands and filmmakers interested in finding future collaborators are in luck: The first Music Video Race spawned something of an open mini-collective of filmmakers and musicians whose tentacles reach beyond the end of the contest. Co-founder Lillis organizes meet-ups for creatives from both fields to chill together, grab a drink, and network (the next meet-up will take place Saturday, April 27, at Hotel Utah). “We’re trying to be that entity that pinches those two parallel lines [of film and music] together,” said Lillis.