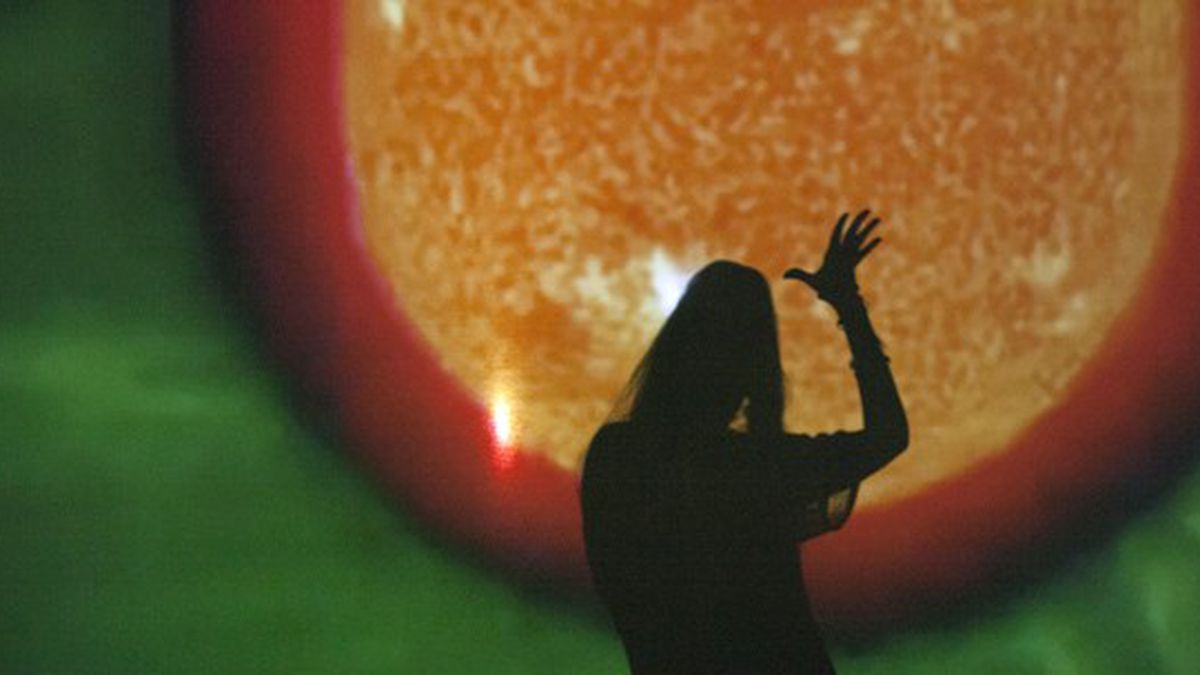 ChuCha at the Ship’s Helm

The Oakland duo returns with an apocalyptic opera and new determination to create pop music on its own terms.

By spring 2012, James Franco had asked about using one of ChuCha’s tracks in a television commercial and the group was booked for three shows at South by Southwest, the make-or-break festival for emerging bands. Songwriter/frontwoman Sofía Córdova recalled the duo’s first SXSW gig: It was 11 a.m., she was drunk, and about five people showed up. “It didn’t work,” Córdova said, sitting in the live/work studio she shares with her husband/bandmate Matt Kirkland.

It wasn’t just the less-than-ideal circumstances. The duo had only ever performed its album with visual projections behind them, sometimes with an entire art show to support the concept. But at their SXSW gigs, the stage was bare. “I realized we can’t actually do that,” Córdova said. “At the time, it was frustrating and maddening.” Kirkland soon joined the conversation, walking downstairs from where he had been writing a paper for a class in his Master of Library and Information Science program at San Jose State University. “[SXSW] is all about the new shit,” Kirkland recalled, buzzing from the cup of iced coffee in his hand. “That isn’t ‘us.” Córdova chimed in: “We welcome success and playing shows,” she said. “We just have to do it our way.”

Though SXSW convinced the two they weren’t interested in chasing indie music dreams, fate further intervened. When Franco’s camp had approached them about using the track “Bright Young Light Pt. 2” for a Seven Jeans ad campaign he was directing, Córdova and Kirkland seriously considered it, even though they hadn’t been offered any money, but, for various reasons, it didn’t work out. If it had, ChuCha’s global-disco-meets-electroclash debut might have gone from buzzed-about to big-time, and perhaps the duo would be anxiously working on a follow-up album right now. Instead, however, the duo is assembling an epic, apocalyptic opera, Odas Al Fin De Los Tiempos (Odes to the End of Time). ChuCha will perform Act Two of the opera on Saturday, April 27, at SOMArts; it will be the first time anyone will hear its darker, more experimental new material.

After walking away from SXSW and — at least for now — the music industry itself, ChuCha is free to create something that builds upon its debut, but explores entirely new themes and soundscapes. Where on ChuCha Santamaria Y Usted, ChuCha used dance music to tell stories about colonialism, assimilation, and reclaiming the immigrant narrative — as the duo explained to the Express last year (see “ChuCha Santamaria Fever,” 2/29/2012) — Odas is less overtly pop and far more abstract.

Odas Al Fin De Los Tiempos revisits the ChuCha persona that Córdova established on the first album — an alter-ego she also plays onstage with outrageous costumes of feathers and sequins and sometimes a blond wig. The two-part opera portrays ChuCha as the last person alive after the 2012 apocalypse, the one supposedly predicted by the Mayan calendar.

In the second act of the opera, ChuCha is trying to piece together her identity after the apocalypse has taken place. The opera contains remnants of the past — specifically, four covers of popular music: a mashup of Mariah Carey’s “Fantasy” with the track it heavily sampled, “Genius of Love” by Tom Tom Club; “China Girl” (the Iggy Pop version); “Domino Dancing” by Pet Shop Boys; and “Approximately Infinite Universe” by Yoko Ono. Córdova almost entirely re-wrote the lyrics and translated them to Spanish, and Kirkland reconstructed the original songs into slowed-down, often cinematic stretches of dark, eerie synths and industrial noise in a style he and Córdova are calling “wreckage.”

Kirkland explained the heavy-handed reinterpretations have a cultural significance: “There’s a tradition of covers in Latin America that tips its hat to the songs, but doesn’t give a shit about respecting source material,” he said. The duo has written “pop” and wreckage versions of each cover, and while the opera will feature the wreckage tracks, the pop versions may be recorded at some point. Act one, which takes place before the apocalypse, will be entirely original material, and the couple said they’re close to finishing those songs.

Córdova was attracted to a sci-fi theme because “it’s a bastard genre like pop” and gave her an opportunity to raise new questions about immigration, climate change, and identity.

“Our obsession about the apocalypse came from a real-world anxiety. Like what we invented wasn’t enough,” Córdova said. “It’s a piece about not belonging. The fantasy takes over.”

Just as with the first album, visual art is a major component of the story. At SOMArts, the duo will perform behind a screen of videos created by Córdova, who works as the studio manager for photographer Richard Misrach and has an MFA from California College of the Arts (CCA). The disorienting, disturbing projections include a live fish being sliced open with a knife, a recurring image of a solar eclipse, and vintage television clips of variety shows.

Young Cubs has expressed interest in releasing the new tracks as a sophomore album, but the duo is first focused on finishing and staging the entire opera, which will likely require a grant. Córdova’s ambitious stage production includes a plan to build Columbus’ boat, the Santa Maria, and perform much of the opera behind its sail. She said she’d gladly accept some corporate cash for that.