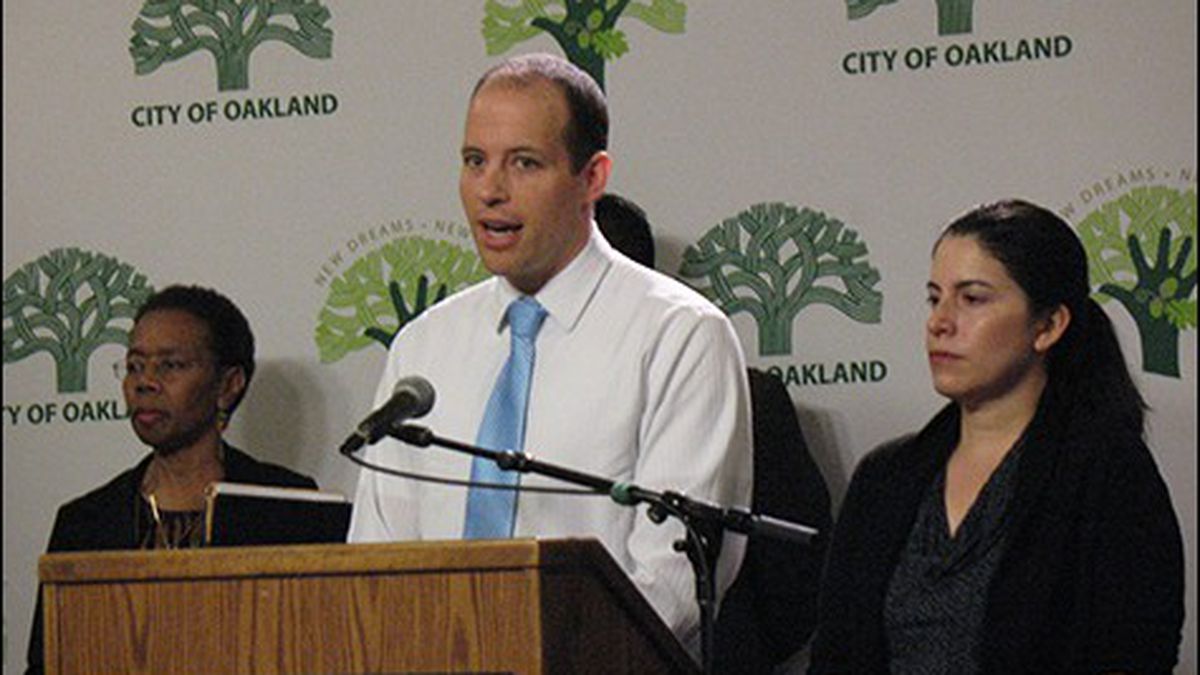 Capitalizing on news reports about immigration reform, sham lawyers and consultants are defrauding undocumented immigrants in the East Bay — and destroying their lives in the process.

In 2008, Alberto Muniz and his wife stopped by a community clinic in East Oakland for a checkup for their newborn baby daughter. While outside, Muniz, an undocumented immigrant from Mexico, noticed a sign on Fruitvale Avenue for “American Legal Services” — a company advertising services for people seeking legal residency in the United States. He entered the business and explained his situation.

The ALS representatives promised to guide him through the application process and prepare him for his interview with immigration officials. First, however, he needed to pay an upfront cost of $700 — and eventually $2,000 total. It seemed worth it.

As it turns out, Muniz was one of dozens of victims defrauded by ALS, an Oakland-based company that purported to offer legal services, but allegedly had no attorneys on staff. Vulnerable undocumented residents like Muniz also lost a lot more than money. As a direct result of the company’s irresponsible advice, many of the victims were placed in removal proceedings, with some ultimately facing deportation and separation from their families. This was largely because ALS advised them to apply for permanent residency when they were, in fact, ineligible. ALS owners allegedly duped clients, including eighteen families represented in a recent lawsuit, into paying exorbitant fees even when they knew US Citizenship and Immigration Services would reject their applications — or worse, move to deport them.

The City of Oakland – which first went after ALS in 2010 through a lawsuit filed by the City Attorney’s Office Neighborhood Law Corps unit — secured a record $15.1 million judgment against the company and its owners earlier this month. The judgment from Alameda County Superior Court Judge Kimberly Colwell imposes a permanent injunction barring the business and its members from operating as consultants and, to date, the city has collected about $200,000 from insurance company defendants. This money is going to the victims, most who lost several thousand dollars each through the scam. The ALS owners — listed in court records as Musa Bala Balde, Irene Penaloza Balde, and An-Nisaa Hamza — have reportedly fled the country, and it’s unclear what portion of the $15.1 million, if any, the city will be able to collect from them. (The defendants’ former attorney, Tiega-Noel Varlack, declined to comment to the Express, beyond confirming that her clients were, as of recently, no longer in the country.)

At a press conference last week, city officials celebrated the victory — the largest award the City Attorney’s Office has ever secured in litigation and believed to be the largest judgment under the state’s Immigration Consultants Act. But the reality is this problem of fraudulent companies preying on immigrants is rampant in the East Bay and across the state and country, according to local advocates and attorneys.

“It’s likely this is the tip of the iceberg,” said City Attorney Barbara Parker.

There isn’t any concrete data on how widespread so-called “notario fraud” is, given that it’s very difficult to track these companies, and that many cases, especially ones ending in deportation, likely don’t reach the radar of licensed attorneys and nonprofit organizations. Eleni Wolfe, immigration program director with Centro Legal de la Raza — an East Oakland-based organization that represented five ALS victims — said that there is at least one person, if not more, at each of Centro’s weekly immigration clinics who comes with a concern about a potential scam. In Alameda County, there are an estimated 124,000 unauthorized immigrants, according to a 2011 report from the Public Policy Institute of California.

Justin Nishioka, lead counsel on the lawsuit with the City Attorney’s Office, said that in his research, he found cases like this all throughout California. “It’s happening in every major city. The worst ones are happening in smaller, rural, agricultural communities where people can’t be tracked. It’s happening everywhere.” He said ALS, which had three locations in Oakland, had hundreds of clients and thus likely many more victims than the eighteen families represented in the suit. These scammers tend to take advantage of news reports on immigration reform by misleading clients to believe they have new options to become citizens.

“I anticipate the amount of immigration-consulting fraud will go up dramatically,” said Nishioka, noting the White House’s recent renewed efforts to enact immigration reforms. Centro Legal receives calls daily from people confused by new reports who think they “need to start paying now to get in line,” said Wolfe.

“So many people want to have the American Dream,” said Michelle Mendez, chair of the American Immigration Lawyers Association Unauthorized Practice of Law National Committee. It’s easy for fake lawyers to prey on victims “when immigration reform is always on the horizon but never really here,” she said, adding that notario fraud exists “across the country and affects all immigrant communities.” These businesses will often set up shop within immigrant neighborhoods and market their services in a way that resembles services in their home countries, she said. And fraudulent businesses are tough to track down and prosecute, because victims may feel ashamed or afraid to come forward — or they may no longer be in the United States due to consequences from botched immigration applications.

“There’s a lot of desperation and really a lack of low-cost or free legal services,” added Wolfe.

In the case of the ALS lawsuit, ten victims were placed in removal proceedings as a result of the company’s actions, and two were ultimately deported to Mexico, said Nishioka. Most others who faced the threat of deportation were, with the help of legitimate attorneys, able to get their cases “administratively closed,” which essentially means they are not currently a priority. Such was the situation for Muniz, who now lives in Hayward with his wife and four children.

But because the government has not yet passed comprehensive immigration reform, Muniz is still considered undocumented and lacks a legal pathway to citizenship. And because of ALS’ actions, his case could, at any time, be reopened — meaning the threat of deportation remains a concern. “It was so terrible. Sometimes I still remember the stress every day, because I was going to have to leave the country in one month and I was not ready. … I still feel that.”

Miriam, a 24-year-old ALS victim whose husband is a lawful citizen, was placed in removal proceedings while she was pregnant with her second child and remains undocumented today (the Express has agreed not to print her full name). She came here from Mexico when she was a teenager and now lives with her husband and three children in San Leandro. She borrowed money from her father-in-law to pay for ALS services and her husband’s family struggled to comprehend the outcome. “How could we all have paid so much money and nothing is resolved?” she said through a translator. “They didn’t understand why this happened to us and there was nothing I could say.” Like Muniz, her case is administratively closed, but the stress of the ALS rip-off — which she said took a toll on her physical health — lingers. “I am still afraid, not so much for me, but for my children.”

Reflecting on the business’ tactics during an interview inside Centro Legal, she got angry. “Why would you say you’re a lawyer if you’re not a lawyer? Why would you take advantage of people who have [a dream] of being able to make a life here?”

The family of Rafael Casanova, 43, was torn apart by ALS, which advised his wife of ten years to first return to Mexico and apply for legal residency there. Instead, she was barred from returning to the United States for ten years, and they have since divorced. “They need their mother,” he said of his daughters who now live with him in Richmond. “We are not a normal family and that really hurts.”

It is cases like these that clearly demonstrate why policy reform is needed, advocates said, pointing out that seemingly arbitrary immigration laws can destroy families who have been in the country for decades. “Unfortunately, there aren’t good options for people who want to do the right thing,” said Wolfe. “These are people who obviously have not done anything wrong other than remain here with their family.”

The iPod’s Deathgrip is Loosening