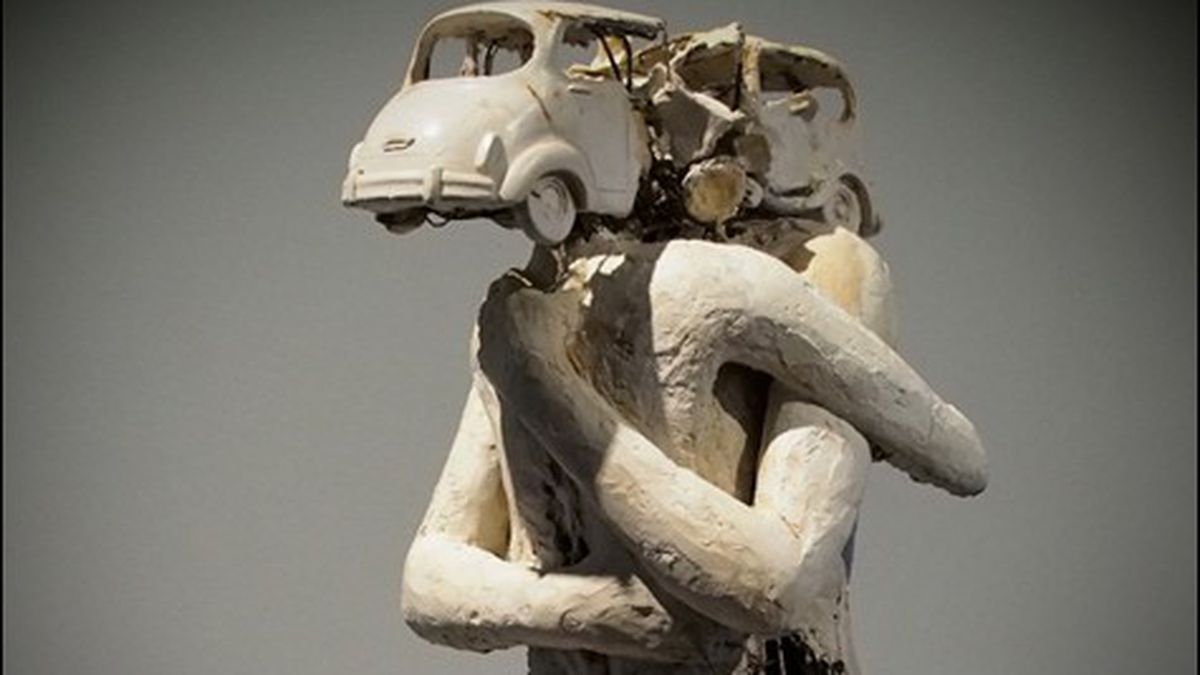 The Absence of Cyrus Tilton

The sculptor's latest exhibition is the fruit of a creative drought.

Cyrus Tilton’s past exhibitions at Vessel Gallery have seemed to brim with confidence in their concepts. The Cycle, for example, filled the gallery’s spacious upper story with more than four hundred handmade muslin locusts, connected to a central armature and rigged up to swarm around viewers. It was a succinct metaphorical commentary on consumption and sustainability.

In the months leading up to Tilton’s current exhibition, however, the artist found that the flow of such self-propelled ideas had run dry. He felt incapable of being “present” to his craft in the right way. Otherwise put, he sensed an absence. So, he figured he would create a body of work about that.

The aesthetic of the works in Absence is still decidedly Tilton. Consisting of an evocative mixture of industrial, domestic, and organic-looking materials (steel wires, muslin, and epoxy appear often), the sculptures betray the artist’s talent as a sculptor as well as his inclination toward unsettling, almost Dadaist absurdities: Gaping cavities and decapitation are common fates for his otherwise shapely figures.

“I definitely have a tendency to favor compositions that fall into the corner of Surrealism,” said Tilton, “but I also favor craftsmanship and think that it’s a shame that this is not held in higher regard by artists and art critics. It almost seems to be a dirty word.”

But whereas past works, especially the kinetic sculptures, were often quite bold, the works in Absence are characterized by a kind of self-effacing shyness. The statue “Vesuvius” hides her head beneath a tarp; the heads of the embracing couple in “Connect” are replaced with classic cars (making for a mangling collision), and the two busts in “Mimesis” lack faces altogether, though they seem to contemplate one another nonetheless.

Other works suggest a similar reticence. Two cast imprints and two shadow paintings bear the impression of a sculpted object that has itself been excused from exhibition. “Blinders” consists of epoxy scaffolds that resolve into the figure of a horse at certain angles and recede into abstraction at others.

It is clear enough that the works in this show are the products of anxiety — about creative virility, finding “presence,” or whatever you want to call it. At times the result is beautiful, at times unsatisfying, but always some degree of intriguing. At the very least, Tilton has come to a greater understanding of his own practice. “I think after working on this show I’m getting closer to understanding my own kind of passion towards life and art. It’s definitely not the clichéd reckless passion that I’ve seen and heard about. It shows itself in a quieter way and maybe in fleeting moments.”

Can I Get a Witness?

Still Hiero, But Not Just a Day