Plus Italian Easter cake from Starter Bakery and an update on China Village. 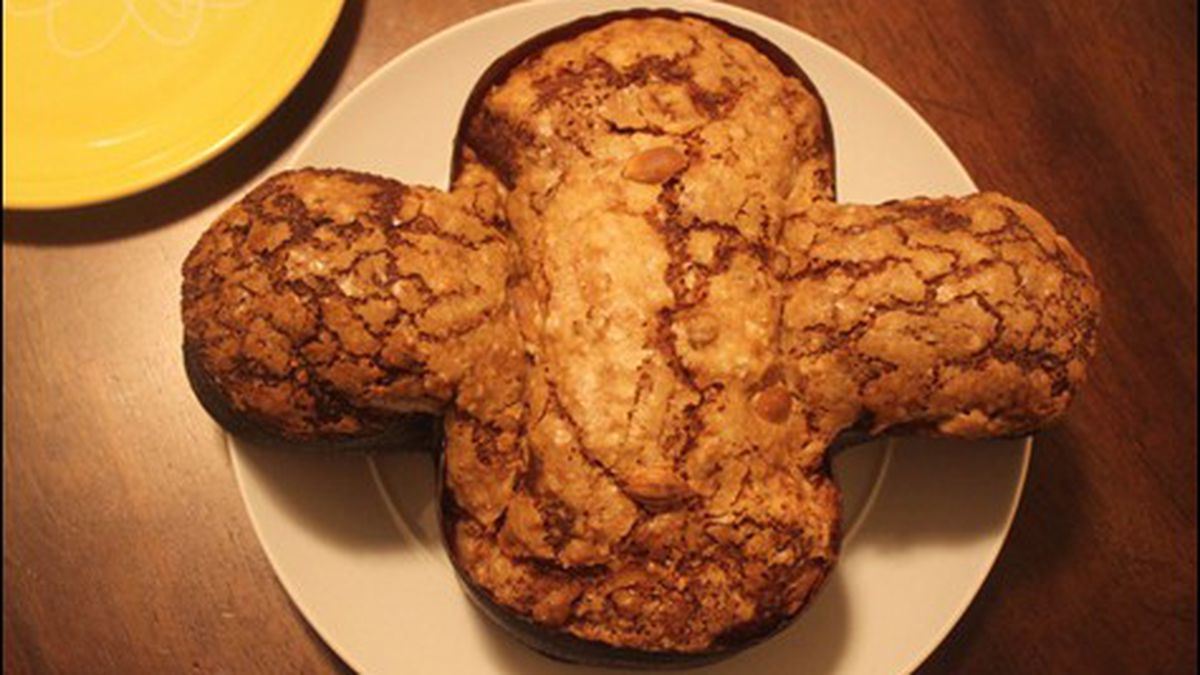 A designer, a chef, and an ethnographer step into a bar ….

That’s not the setup for some obscure academic joke. It’s the origin story for Oakland: New Urban Eating, an ambitious Oakland-centric cookbook project headed by Andrew Ellis, the aforementioned ethnographer. One night last August, Ellis and his friends Ray Robinson (a personal chef for a local college fraternity) and Clint Walker (a designer) met for drinks at an Uptown bar, where they conceived the idea for a book that would tell the story of the Oakland food renaissance — from the perspective of the chefs, artisans, urban farmers, and food foragers who have spearheaded it.

“We thought, ‘We’re three people with some talents. We can create a book about food and a community that we love,'” Ellis recalled.

At its core, New Urban Eating will be a cookbook, featuring recipes from chefs and various other Oakland food personages that Ellis and his team plan to interview, and, of course, pretty photos of those dishes.

But the book’s creators are also planning to adopt “ethnographic methodology” to investigate Oakland’s culinary scene. Which is a fancy way of saying that Ellis and his cohorts are interested in exploring food as a cultural phenomenon — beyond the level of “this tastes delicious.” Why have so many talented chefs and artisan food makers chosen to stake their roots in Oakland? Why is Oakland such an important hub for the food justice movement? How are food-related innovations that started in Oakland influencing the world at large?

Ellis, a one-time documentary filmmaker who did a short stint in culinary school in the late Nineties, said he’ll use a similar process that he employs for his day job as an ethnographic researcher for a San Francisco-based consulting firm. He’ll conduct interviews, consult with experts, and cover as broad a range of subjects as possible — talking not just with critically acclaimed chefs in Rockridge but also ordinary folks living in Fruitvale or East Oakland, whose family recipes he’d also like to include.

So far, the recipe collection process has proved to be the most challenging part, as it has largely consisted of Ellis and his partners showing up at restaurants and trying to explain the project to the chef, manager, or server — anyone who’s willing to listen. Nevertheless, Ellis said he has been thrilled with the diversity of the stories he’s already collected.

In addition to Robinson and Walker, two others later joined the New Urban Eating team: Maribel Lopez (a food stylist) and Daphne Lopez (a social media specialist). Ellis noted that the other team members will have a much bigger role once the initial research phase is completed. As with any food publication’s “test kitchen,” Robinson cooks all of the submitted recipes, then goes back to the chef with clarifying questions and possible substitutions for hard-to-procure ingredients. During the book’s final production phase, issues of food styling and artistic design will take center stage.

According to Ellis, there has been widespread support for the project among members of the Oakland food community: “Oh yeah, of course there should be a book” seems to be the most common response, he said.

That said, at this point there’s no easy path to making the book — that is, the final physical product — a reality. Ellis has queried publishing houses and looked into self-publication. And the team recently hosted a launch party for the book at the food business incubator The Kitchener to spread the word and to make connections with food artisans and other community members. But for now, New Urban Eating is purely a passion project for everyone involved.

The dove-shaped Italian Easter bread known as Colomba di Pasqua would make a great choice for Easter this year. Courtesy of Oakland-based Starter Bakery, the cake-like bread is a close cousin to the better-known Italian holiday loaf pannetone, which is typically served during Christmas.

According to Starter Bakery co-owner Wood, the Colomba is “hands-down [his] favorite bread to eat and to make.”

The downside: If you’re a clumsy cake cutter (as I am), the dove shape might lead to a bit of confusion as to how best to “carve” up this bird. The upside: This holiday bread is delicious — richer and more moist than any pannetone I’ve ever had, with vibrant citrus and almond flavors and, best of all, a nutty, crackly hazelnut glaze.

The Colomba di Pasqua ($25) will be available in the East Bay at the bakery’s three farmers’ market booths — the Saturday Grand Lake Farmers’ Market and the Sunday markets in Temescal and Montclair — both this weekend and next. Pre-ordering (via email to [email protected] before noon on March 25) is recommended.

An update on Albany’s much-beloved Sichuan eatery, China Village (1335 Solano Avenue), which has been closed since a severe kitchen fire took the restaurant out of commission almost exactly one year ago: Chef-owner John Yao said he’s now just waiting for a final inspection from the city — if all goes well, he expects he’ll be able to reopen sometime in early April. … Congratulations to two young Oakland chefs who were recently honored: Jonah Rhodehamel of Oliveto (5655 College Avenue) was named one of the five top young chefs in the country by the dining and travel site Gayot.com. And Kyle Itani, of Uptown Oakland’s Hopscotch (1915 San Pablo Avenue), was one of five chefs, and the only East Bay representative, honored in the Chronicle’s 2013 list of “Rising Stars.”

Editor’s note: The former version of this story got wrong the last name of Oliveto’s Jonah Rhodehamel. This version has been corrected.