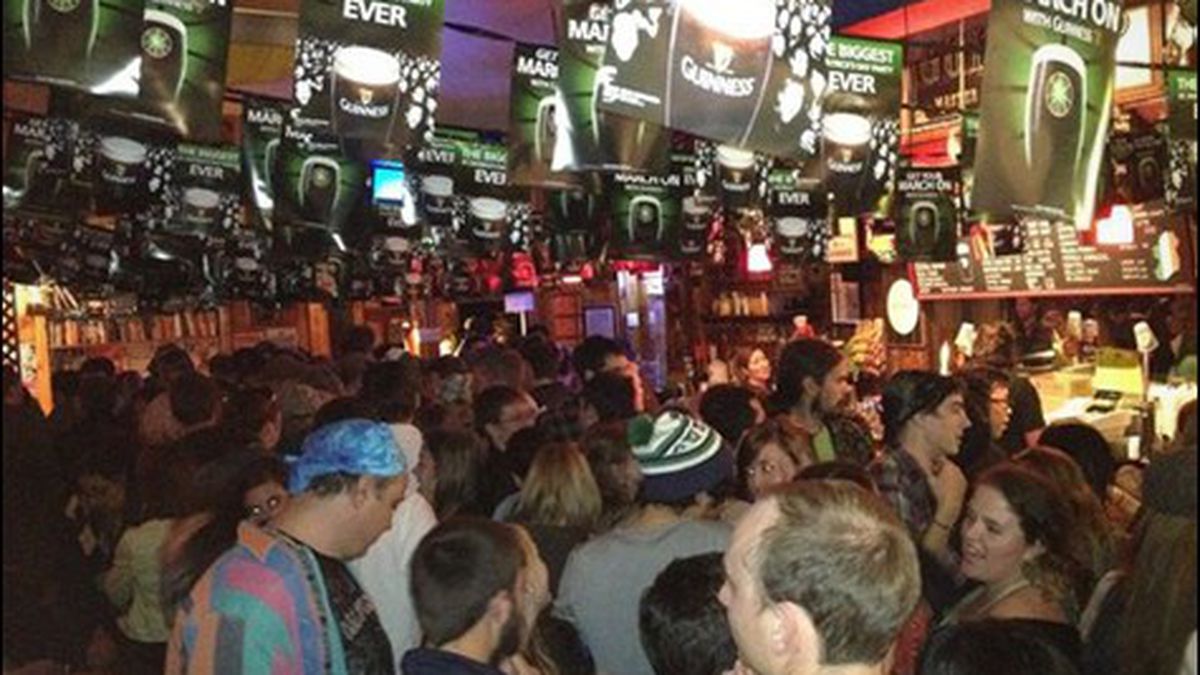 It’s rare that an afternoon at a bar has a clear winner — you could even say no one’s a winner at a bar in the middle of the afternoon, and you wouldn’t necessarily be wrong — but in the case of the Starry Plough on Sunday, green beard guy had us all beat by leaps and bounds: The beard in question was bushy and big, dyed a brilliant lime like the kind you’d see on a soda can or a tween, and he, an older gentleman, wore it proudly. Photos were taken and congratulatory high-fives exchanged. It was the finest beard I’ve ever seen.

Such was the scene at the bar’s fortieth anniversary-cum-St. Patrick’s Day celebration: fun and raucous, though in a distinctly, wonderfully wholesome way — fewer bros, more babies, less grinding, more obscure Irish group dances rendered with stunning accuracy, plenty of beard-related excitement to round out the beer-related excitement (though there was that, too).

This is thoroughly a family operation, one that now spans three generations, and it feels that way. (It’s also thoroughly Berkeley and genuinely Irish: There’s a big quote from Irish socialist leader James Connolly on the wall, right next to a poster of President Obama.) On Sunday, all of this was abetted by shamrock-printed balloons and a string of Guinness posters hung from the ceiling; an impressively large afternoon crowd of green-clothed patrons; the musical stylings of a band called — kid you not — Driving with Fergus.

The food on offer was big plastic plates of corned beef, cabbage, potatoes, and brown bread — hearty and decent, exactly like what a grandmother would make. The floors weren’t sticky and the lighting was bright. Beers came and went by the pitcher, but nobody ever got truly rowdy. Bar lines were long but orderly and stayed that way even after the place got crowded in the late afternoon. Little kids in light-up sneakers and too-big top hats danced together, and the oldest generation of the Starry clan — who must be in her sixties or seventies by now, considering the fortieth-anniversary thing — cleared said plates of cabbage without so much as an are-you-still-working-on-that?, also like a grandmother would do.

Green beard guy was last spotted slopping out corned beef in the back, bobbing his head along to the music; he, too, was apparently part of the family somehow.