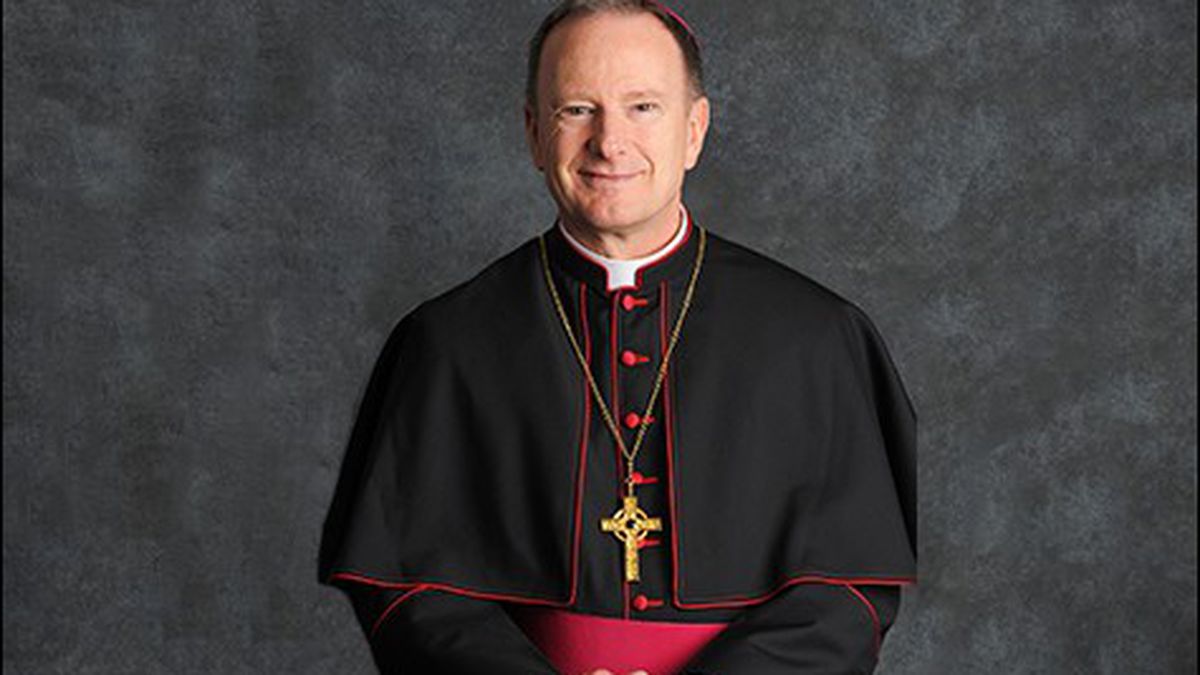 The Oakland Diocese's school contract now requires employees to "model" the teachings of the Catholic Church in their personal lives, raising concerns for LGBT and progressive educators.

Every spring, teachers in private Catholic schools throughout the East Bay must sign a new contract for the following academic year. That’s because K-12 educators within the Diocese of Oakland do not have tenure, meaning their employment contracts expire annually. Typically, the contract renewal process happens with little fanfare — but this year was a different story. In a March 15 letter to employees, Michael Barber, who became bishop of the Oakland Diocese last year, announced that Catholic schools would be adding new language to the 2014-15 contract “spelling out the mission of a Catholic educator.”

The re-worded employment contract includes a new section on “philosophy” that states that employees must agree to perform all responsibilities with an overarching commitment to the doctrines, laws, and norms of the Roman Catholic Church. But it’s the sweeping new language in the “duties” section of the contract that is creating the most controversy — in large part because it references expectations for teachers’ behavior in their personal lives.

It states: “Employee acknowledges that the school operates within the philosophy of Catholic education and retains the right to employ individuals who demonstrate an ability to serve in accordance with that philosophy. In both the employee’s personal and professional life, the employee is expected to model and promote behavior in conformity with the teaching of the Roman Catholic faith in matters of faith and morals, and to do nothing that tends to bring discredit to the school or to the Diocese of Oakland.”

This rewritten contract, which teachers were required to sign last week, has sparked criticism from some school employees and progressive Catholic groups who say they fear school administrators and diocesan leadership could use the morality language as a weapon to target those who don’t conform to certain traditions or teachings. It’s of particular concern for openly LGBT employees and non-Catholic teachers who could potentially be in violation of the contract due to their sexual orientation or their political actions.

“You’ve essentially made it a policy that you’re allowed to discriminate,” said Sarah LeMier, who worked full-time as a teacher for three years at Holy Names High School, an all-girls Catholic school in the Oakland hills. “And the people who really suffer by these kinds of policy decisions are the students. … The fact of the matter is we serve students who are gay. We serve students who have same-gender parents. We want to reflect the community that we serve, and if we continue to deny that homophobia … is a rampant problem, essentially we are condoning it.”

LeMier, who is gay, said she would not sign a contract with this kind of language. The former athletic director at Holy Names, LeMier is not returning next year due to an unrelated dispute with administrators, but this new contract language, she said, only affirms that the schools within the Diocese of Oakland are not a welcome place for teachers like her. A contract that gives administrators another legal tool to fire a teacher for being gay has no place at a school that emphasizes social justice, she said. “I can’t fulfill the mission of the school without also being true to who I am. … Our mission is about honoring diversity.”

LeMier said she would never try to hide her identity and that it would be wrong to sign a contractual agreement that governs her personal behavior. “This policy contributes to this sort of institutional homophobia,” she said, noting that the threat of termination for gay employees seems very real with this kind of language.

Critics of the policy also note that it is unfortunate that the bishop would require this type of clause in the East Bay, which is home to many liberal Catholics and forward-thinking private schools. “One of the reasons people move to the Bay Area is because it’s so progressive,” said LeMier who moved to Oakland for the Holy Names job. “It’s important we voice opposition to these kinds of policy measures.”

The new language has made some of her former colleagues uncomfortable, she said. “I would say that most teachers I know at Holy Names are very open-minded and wouldn’t want to add this sort of language that they know could be used to discriminate against people.”

This is not the first time that a decision by Bishop Barber has prompted widespread concerns for LGBT and progressive groups in the East Bay. In March, the Express reported that Barber had removed an openly gay priest from Newman Hall Holy Spirit Parish, a longtime progressive Catholic church in Berkeley. Barber also has yet to publicly explain why he ousted the priest (see “Gay Priest Ousted By Conservative Bishop,” March 5).

Holy Names is an independent Catholic school that is sponsored by the Sisters of the Holy Names of Jesus and Mary, which means that, even though it is located within the Diocese of Oakland, it has its own contract. In addition to inserting the language into all the diocese contracts, Barber requested that non-diocesan Catholic schools in the region, including Holy Names, add the same language as well. Gabrielle Gallagher, Holy Names High School spokesperson, downplayed the contract change in an email, stating that “[t]he bishop’s directive does not change the Holy Names High School contracts; it simply replaces similar language which had already been a part of the school’s contracts.”

Mike Brown, spokesperson for the Diocese of Oakland, also said the diocesan-wide contract revision was not significant and sent me a version of the previous year’s contract, which included a similar employee pledge to “conduct himself/herself in accord with these Catholic standards.” The new contract, he said in an email, “underscores this point with no change in what has always been the importance of teaching and abiding by Catholic principles.”

The 2013-14 document, however, had no “philosophy” statement, no reference to an employee’s behavior in his or her personal life, and no mention of “matters of faith and morals” pertaining to expected behavior.

Still, Brown stated in his email, “We don’t see a marked change in the language of the contract, only a clarification of what the Philosophy of Catholic education is and what are the expectations of a Catholic teacher representing the Church.” Regarding concerns that the contract could now be used to target certain employees, he said, “Importantly, there is no attempt to categorize individuals. This is not a witch-hunt and there is no litmus test.”

When I asked him in an interview whether the policy could be used to terminate an employee in a same-sex relationship or someone who spoke out in favor of gay marriage, he said he couldn’t speculate about hypothetical scenarios, but emphasized that the intention of the change was not to specify “some list of behaviors” or establish “prohibited activities.” Brown said he was not aware of any teachers who had refused to sign the contract because of the new clause. He said the diocese’s superintendent of schools and the director of human resources had conversations with school principals about the change in advance of adopting it. While Gallagher called the change a “directive,” Brown noted that schools like Holy Names were “asked to include the language” and said that it was up to each individual school to consider.

In his March letter to teachers explaining the revisions, Barber said the added statement of faith is something that parents will appreciate: “I am proud to tell the families we educate that this is the commitment made by each of our employees.”

Over the last two months, I’ve heard from numerous people with ties to Diocese of Oakland schools expressing concerns about how this language might be used — and whether teachers should feel comfortable signing the contract. Antonio Salas, who runs an LGBT Catholic group in Berkeley, said that if a clause like this were applied across the board in the Diocese of Oakland, many employees, even priests, could easily be found in violation. “What’s implied in this is what it means to live an authentic Catholic life,” he said. “That’s subject to interpretation.”

Similar controversies regarding so-called “morality clauses” have erupted in a number of Catholic school systems, including in the Diocese of Santa Rosa last year and the Archdiocese of Cincinnati earlier this year. Arthur Fitzmaurice, resource director of the Catholic Association for Lesbian and Gay Ministry, a national group headquartered in Berkeley, said that, anecdotally, there appears to be a rise in these sorts of clauses throughout the country. They become problematic, he continued, when they are enforced in a discriminatory manner — with LGBT people singled out, for example.

“My hope is that the enforcement is not draconian, but that the enforcement is also in line with the teaching of the Catholic Church, which includes sensitivity and tolerance of the diversity of the church,” Fitzmaurice said, noting that church teaching does not prohibit people from identifying as LGBT. Still, he said, “You’ve seen a lot of teachers throughout the country being fired for their sexuality or their opinions on homosexuality … and it appears that the Catholic Church is losing out on wonderful teachers in the process.”