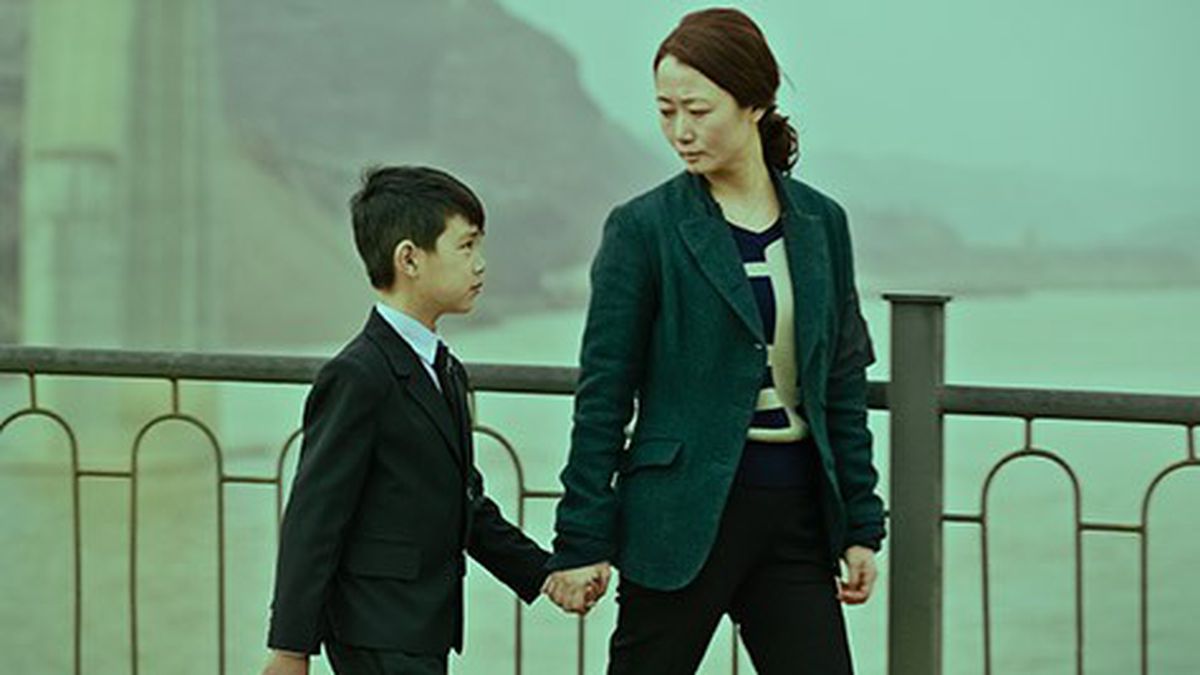 Jia Zhangke’s brave new China is on display in Mountains May Depart.

With such films as The World (2004) and 24 City (2008), Beijing-based director Jia Zhangke has shown Western art-film audiences what often passes for a cold slice of contemporary Chinese reality. Let others dwell on dynastic sword epics and imitation-Hollywood fantasies — Jia’s idea of a sightseeing trip would probably take in a deserted factory, the submerged towns beneath the waters of the Yangtze River’s Three Gorges Dam (as in 2006’s Still Life), or the everyday provincial grotesqueries on display in A Touch of Sin, from 2013.

His favorite subject is the country’s often jarring transition to the brave new China, where money talks more loudly than ever. Jia’s latest, the interestingly titled Mountains May Depart, takes a different tack than most of the films in his career-long portfolio of his homeland and its discontents. In it, Jia studies his characters subjectively, in a sullen, contemplative haze.

The narrative is broken into three “time capsules.” When we first meet the peppy, pony-tailed Tao (played by Zhao Tao, the director’s wife and frequent leading lady) whooping it up at a community festival in her hometown of Fenyang, Shanxi, she’s partying like it’s 1999, which it is. Given the boyfriend choice between a humble coal miner named Liangzi (Liang Jin Dong) and up-and-coming businessman Zhang (Zhang Yi), Tao opts for the gold ring. Later, as 2014 and then 2025 come into view, she has opportunity to mull over her decision regretfully.

The film unfolds in the familiar rhythms of a soap opera — but one that equips its unhappy-family story with glimpses of migrant labor and the Chinese brain drain (in this case, from Shanghai to Western Australia), as well as a beloved son who no longer relates to his birthplace. Everything is then wrapped in sentimental piano music. The filmmaker’s small ironic touches remind us of his earlier, angrier scenarios, but it’s the female perspective that holds the key. Actress Zhao plays the tough part of the unlucky former belle of the ball with a loser’s dignity. We can clearly read the emotions on her realistically aged face. Tao and her hard-charging capitalist husband are a pair of spoiled brats familiar to anyone who’s ever looked at a screwball comedy from 1930s Hollywood. By comparison Mia, the teacher of Tao’s son in Australia, sympathetically portrayed by veteran Taiwanese actress Sylvia Chang (Eat Drink Man Woman), points to the multi-cultural future. She’s a worldly mother figure minus the guilt.

The anguished empathy of these two women at the crux of China’s 21st-century dilemma throws us off at first. They seem a bit too touchy-feely, until we step back and drink in their body language. If Zhao and Chang’s roles, as written by writer-director Jia, had been played by, say, Charlotte Rampling and Kristin Scott Thomas and set in suburban London, art-house patrons would be fighting to get into the theater. That is not the case, but it’s no exaggeration to say that the deceptively reflective Mountains May Depart (couldn’t they have decided on a less awkward title?) is one of the best written character studies of the new year.