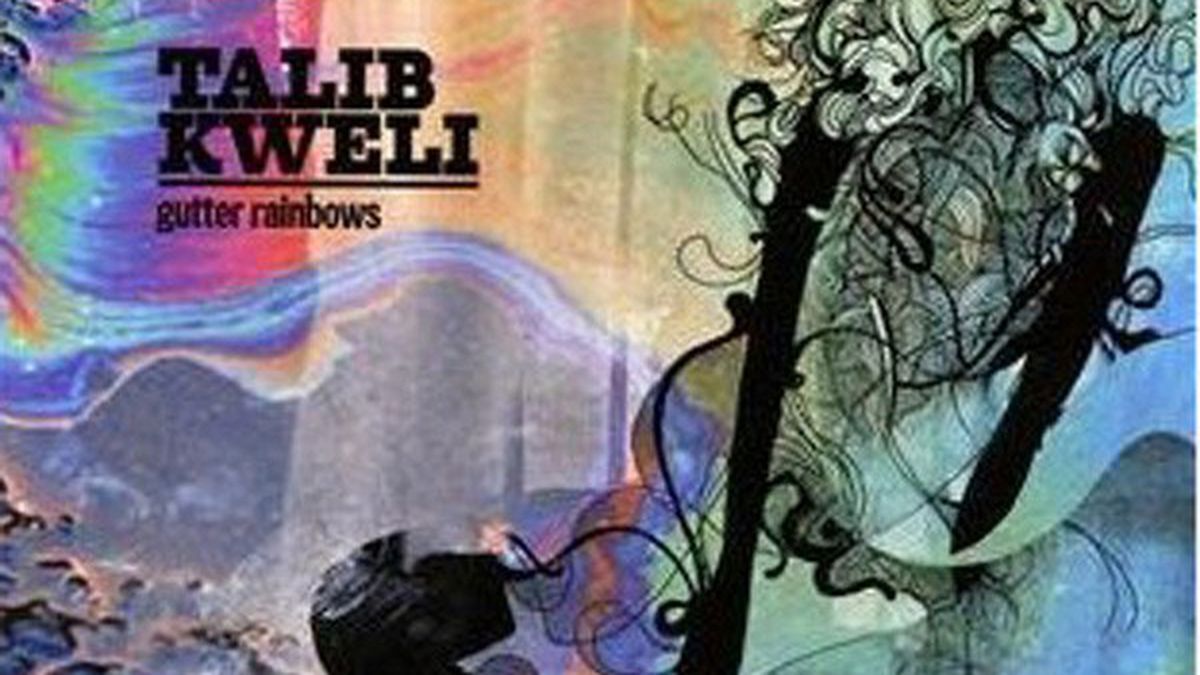 Haters shall repent: On his fourth studio album and first since 2007’s prickly, ambitious Eardrum, conscious-rap trailblazer Talib Kweli goes for broke. Gutter Rainbows might feel like a deliberately conservative record, but scratch beneath the exterior and you’ll find a sense of purpose that escapes too much similar-minded New York rap (cough, KRS-One, cough). There’s a pristine ebullience trickling out of guttural delivery. When Kweli scorns, You ain’t got a verse better than my worst one, he’s not lying.

In one song, he boasts, somewhat campily, about writing rhymes on iPads and private jets; a track later, he peddles street-savvy lore amid colossal drums and emphatic shouting from Yo! MTV Raps VJ Ed Lover. But Kweli’s focus is hardly scattershot. With its profusion of frank wit and sharp parables, Gutter Rainbows achieves a difficult balance.

If Gutter Rainbows has one overriding flaw, it’s a lack of true variation. The gospel-spiked hooks are frequently repetitive and the production (handled by 88 Keys, Ski Beatz, and others) recalls mid-tempo Nineties R&B — think Zhane or Aaron Hall. The record has a cohesive sound, just not a terribly exciting one. But at this late date, when New York rap is just now emerging from the throes of a massive creative crisis, it’s refreshing to hear Kweli take so much in without sacrificing his unique sense of self. (Javotti Media/3D)

Wednesday Must Read: Quan to Be Sworn in Monday at Fox...