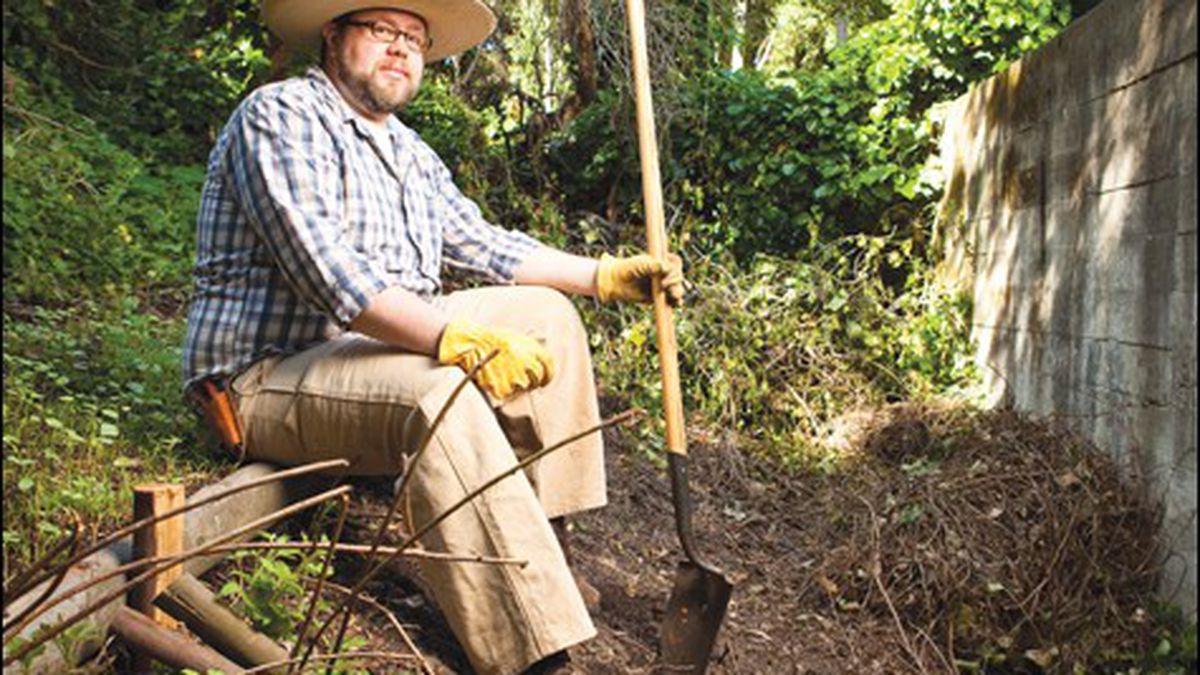 Take This Turnip at a Seed Swap

It’s a seed swap, and it’s part of a growing movement that now finds neighborhoods, schools, clubs, and other confabs assembling in yards and parks to trade those thousands of extras that every garden yields. Letting home gardeners share not just seeds and seedlings but also stories about what grows best for them, swaps elevate locavorishness to whole new levels. Which types of tomato thrive in south-facing plots on our street? Letting more gardeners grow more plants for less money, swaps feed the world and boost biodiversity.

Both DIY and green in more ways than one, seed swaps are sprouting up everywhere. The Richmond Grows Seed Lending Library, whose seeds the public can “borrow” for free — in hopes that borrowers will also donate seeds later — opened in Richmond on May 5. Merritt College‘s permaculture class holds a seed swap every semester. Neighborhood swaps are thriving.

“I thought: It’s ridiculous that we’re all going to the nursery and the produce store and the farmers’ market when I have 3,000 of this kind of seed and you have 2,000 of that kind,” said musician and former San Francisco Chronicle cartoonist Gail Machlis, who hosts swaps every few months on her Berkeley Hills block. Taking advantage of the City of Berkeley’s free mulch and compost giveaways, then fencing her large front yard to confound deer, she started a modest garden last year. When some plants flourished and others failed, she wanted to swap not just seeds but also stories and skills. She announced her first swap with a sign posted the previous week outside her gate. It worked. Today her yard abounds in leaves, stalks, pods, and pastel blooms. Against its northernmost fence, artichoke plants surge like geysers.

“We’ve got sixty heads of lettuce right now,” said Machlis. Several varieties ranging from pale green to deep red trembled in the breeze. “I don’t pay $5.95 for arugula at Monterey Market, because I have so much arugula in the yard that I’ve been tearing it out and giving it away.”

Because several local children took an interest in her garden, which is larger and gets more sunlight than most on the block, Machlis allots them their own little plots, letting them come and go as they like through her gate. While hers is a rare case of a private yard being put to this use, public community gardens abound throughout the East Bay, offering similar opportunities.

After violin and piano lessons, Machlis’ students wander outside to eat peas straight off the vines.

“They’re finding out that the produce from Costco doesn’t taste anything like produce is supposed to taste,” Machlis said. “Plus buying produce at Costco involves driving to Costco.”

Many such exchanges have been inspired by the Berkeley Ecology Center‘s annual spring seed swap, where live bluegrass and a potluck feast accompany hundreds of trades. That spirit continues all year at the Ecology Center‘s San Pablo Avenue headquarters via its Bay Area Seed Interchange Library (BASIL), to which anyone can donate and acquire seeds at no cost. On any given day, an ever-shifting array of packets and jars lines its file cabinets and shelves, bearing labels specifying contents’ names and harvest dates. Bring tomatillo seeds; go home with joi choi, pinwheel marigold, and blue Russian kale.

The library was established more than ten years ago “out of an obvious dire need for us to take seriously our heritage of seeds,” said BASIL curator Terri Compost. “It’s exciting to have a tangible method of educating ourselves about our role in reconnecting with the cycle of the crops.”

For some, seed-swapping is all about growing stuff for free. But others, including BASIL’s founders, are part of a burgeoning movement known as “seed saving,” whose adherents maintain the ancient tradition of planting seeds whose provenances they know and which — by keeping the resulting plants from cross-pollinating with others — remain “pure,” year after year. Self-pollinators such as peas, beans, tomatoes, and lettuce tend to retain their identities season after season, but many other types of plants cross-pollinate. Seed-saving is a means of preserving heirloom varieties while counteracting the corporatization that results in hybridized seeds and plants. Many heirloom varieties have already died out, Compost said, because the mass-market seed industry “is really moving fast. Our home-saved antidotes are important, but we’re losing varieties that nobody’s growing anymore. We need to be aware of what’s in danger of disappearing.

“With a local seed exchange or swap, we are selecting and saving the best of our seeds for the next generation,” Compost added. “We’re saving things that have thrived in our particular climate and soil. We’re adapting our gardens to grow what works best in our area. We’re collectively doing that, and it’s re-empowering us to do what our ancestors have always done, which is to save the seeds that do well for us and produce things that we like. A lot of varieties have been very carefully bred to create very specific results, and seed savers are trying to maintain the specific traits of the plants that have been handed down to them. It’s not rocket science, but there are particulars for each crop.”

Seed-saving motivates Mat Rogers, the executive director of UC Berkeley’s sustainability club, Agrariana. Also called the Society for Agriculture and Food Ecology, Agrariana hosts seed and produce swaps in hopes of transforming as many urbanites as possible into “agrarians” who learn rural skills and reconnect with traditional American foodways in order to produce their own food.

“Seed savers recognize the importance of the genetic diversity that’s held in these seeds,” said Rogers, who is working on an ecological-engineering doctorate at UC Berkeley. “One of the tenets of seed saving is that you have to share — because what if your crop fails or you get hit by a bus? If you hadn’t shared your seeds, then that variety might be gone forever.”

Describing himself as “really into the crops of the Americas,” Rogers admires the Native American agricultural strategem known as the “three sisters,” in which corn, beans, and squash help each other grow when planted together. Tall cornstalks “provide a scaffolding for the beans while the squash grows along the ground and keeps it cool, conserving water,” Rogers explained. “Harvested together, these three humble vegetables create a complete protein.”

Rogers enjoys devoting the entirety of his small Oakland garden to a single theme. Right now, he’s growing a “pickle garden” whose dill, okra, cucumbers, and other components came from seeds acquired at swaps.

“I’m already thinking about how many jars of pickles I can make this summer,” Rogers beamed.

As the founder and headmistress of Oakland’s Institute of Urban Homesteading, whose classes encompass urban-farming skills and food preparation, K. Ruby Blume is tapped into the East Bay seed-saving and seed-swapping scene. But her favorite form of swapping — “a really, really large-scale seed swap” — is the Seed Savers Exchange, an international nonprofit founded in 1975. SSE’s thousands of members trade thousands of types of heirloom seeds via snail-mail, with the help of an inch-thick catalog that constantly updates who’s offering what. Calling itself the nation’s largest nongovernmental seed bank, the Iowa farm that serves as SSE’s headquarters permanently maintains more than 25,000 endangered vegetable varieties. From her small Oakland garden, Blume offers painted-lady runner beans. She has made recent exchanges with home gardeners as far away as Russia and Belgium.

“Last year, I got a Russian variety of fava bean that was an almost iridescent black. You see what you want in the catalog and you send your three bucks somewhere and you get your seeds — sometimes in beautiful little packages with special notes.” She loves the personal touch — a gardener’s answer to pen pals and mail art — “and I love that sense of connection.”

Other swappers agree. Trading seeds means trading much more than tiny pellets and bits. Each seed foretells seasons spent growing through rain, fog, and sun. Each seed presages meals shared — in spirit, at least — with every gardener who ever grew its kind before.

“We want people to know, ‘There are amazing tastes out there that you haven’t even tried yet,'” said BASIL’s Compost. “There are more kinds of lettuce than iceberg.”