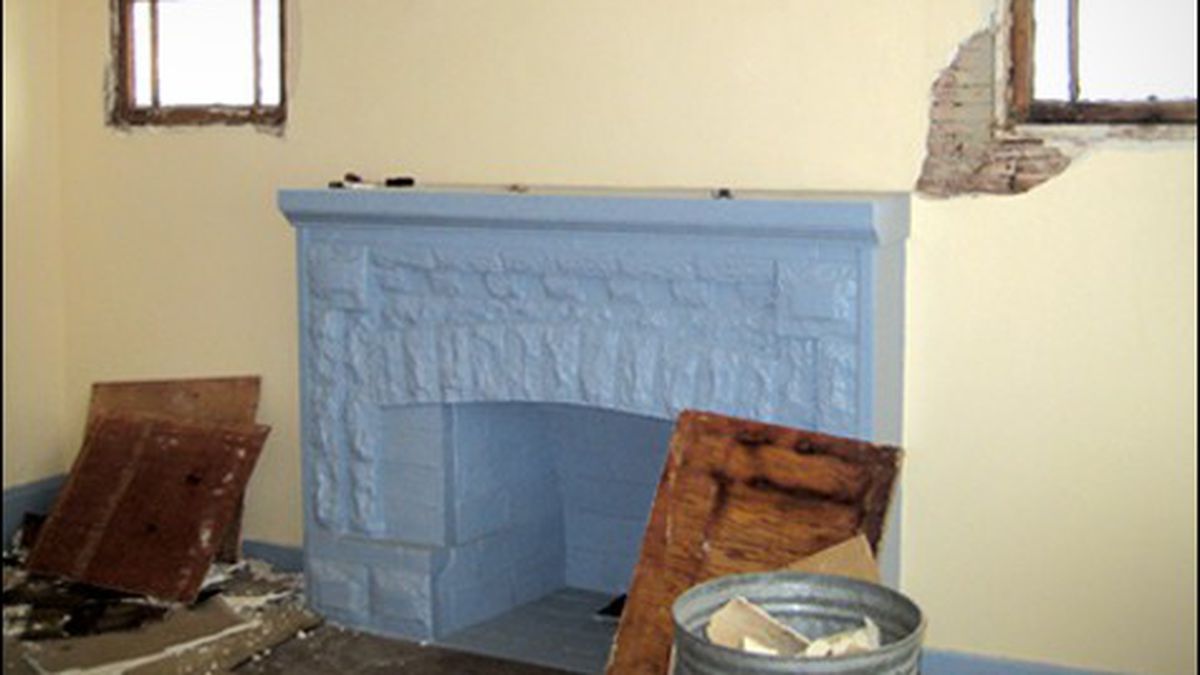 If you thought buying a home in the Bay Area was hard, try owning one.

My wife and I sometimes live vicariously through our neighbors across the street. They’ve got a landscaped front yard, a dual-tone paint job, and original Craftsman windows. The whole family — mom and dad, a young boy, and a baby girl — bustles in and out of the front door, off to school and play groups and, as we imagine them, wholesome activities involving piñatas and sandcastles.

Meanwhile, we’re stuck indoors with our chores. We sand baseboards, stirring up dust; we run through tubs of spackle patching holes in walls; we prime ceilings with rollers on five-foot extensions; we paint endless window and door trim with one-inch brushes. It’s a world of drop-cloths and blue tape, hammers and pliers, nails and screws. Suffice to say that making to-do lists would be masochistic. It’s been this way for eight months, and will be for a good time to come.

You see, we bought a house. It was a difficult, drawn-out process; as first-time homebuyers hoping to take advantage of the decline in Bay Area real estate prices, we skimmed the bottom of the market for years. When you’re in this position, it’s you against the world, against the economy, against the housing market, against ruthless investors and banks: A parade of faceless adversaries perched between you and your dream.

After a year and three months spent courting one particular 1925 bungalow in North Oakland’s Longfellow neighborhood, our short-sale horror story finally concluded. Or, rather, it transmogrified. The only thing worse than an invisible enemy is the one staring you straight in the eye, all 1,200 square feet of it. And you still can’t win.

Before we even began working on it, a friend wryly assured us that nature wants to reclaim our house. In the popular parlance, water is life; when you own a home, water is a mortal enemy. It stops at nothing to get in, and causes trouble wherever it goes. Termites are inescapable. Decay is inevitable. No matter how much you paid for it, your house will, eventually, return to the earth. This is all very encouraging for a new homeowner. But it’s true: You may think you’ve got it made once you’re handed the keys, but the fun has only begun. It’s enough to make you pine for the carefree days of apartment dwelling.

I remember a few days after we closed, I was out front raking leaves from our sidewalk and front porch. One of the neighbors noticed and ambled over. “Doesn’t that feel great?” he asked. It did, it really did. I owned these leaves, and I’d been waiting all my life to rake them. In my perfect world, that’s all there is to homeownership. Ignorance is bliss, especially in 85-year-old houses, and sometimes when I step outside to rake or sweep or weed, the feeling floods back.

Over eight months of nonstop work — the sort that left us peering out the windows on Tuesday nights and Saturday afternoons — my wife and I learned that home improvement projects fall into two categories: Sexy and unsexy. Young, cash-strapped, or idealistic homeowners may be inclined to fetishize the former and overlook the latter, but at their own peril.

Shortly after moving in, we installed a new roof and gutters for the price of a decent used car. We had a plumber dig up our water service and repair a funky rubber hose that was spraying all over the place. We had an overgrown avocado tree trimmed off our roof and our neighbor’s second-floor patio. We had a truckload of trash hauled away. The wonderful thing about unsexy improvements is that not only do they offer the fewest aesthetic payoffs and bragging rights, but they also cost the most.

Sexy repairs are the ones you tell people about and show off to friends and family. In our experience, painting loses much of its appeal when you have to do an entire house, but new colors make a place yours. Flooring is big, too: People go ga-ga over old hardwood floors. Ours were covered (and, thankfully, preserved) by decades-old, polka-dot-stained cream carpeting. Pulling it up was a great psychic reward. Also sexy and inessential: new furniture, lighting, and appliances. Why else would entire glossy magazines be devoted to them?

In addition, we’ve learned a few new platitudes that we recite, zombie-like, in chorus with our fellow homeowners. First: “Everything costs more and takes more time than you think it will.” As a corollary, every time you embark upon a project, you will discover problems you didn’t know you had and have to fix those, too. Second: “The work never ends.” Everyone tells us this, and we suspect it to be true, but it’ll be another couple years before we complete the move-in phase and proceed to the never-ending phase. The third platitude, fortunately, is a bit cheerier: “It’s rewarding.” It eats up your weekends, it’s expensive, it’s exhausting. But hey, it’s rewarding — emotionally and, one hopes, fiscally.

For another couple years perhaps, we’ll continue jealously gazing across the street. Having confessed this to the neighbors, we learned something interesting: They’ll be looking back. While they’re out at the barbecue or the beach or the best friend’s house, they’ll be thinking about that project they just can’t put off any longer — or the fact that here we are getting all this work done, with the gall to rub it right in their face. Turns out the grass is always greener, even when it’s brown.

Alameda’s Utility in a World of Hurt

Our top DVD picks for the week of October 3: