California Deputy Attorney General Benjamin Diehl's job was to prosecute banks for defrauding the public. Now he works for them. 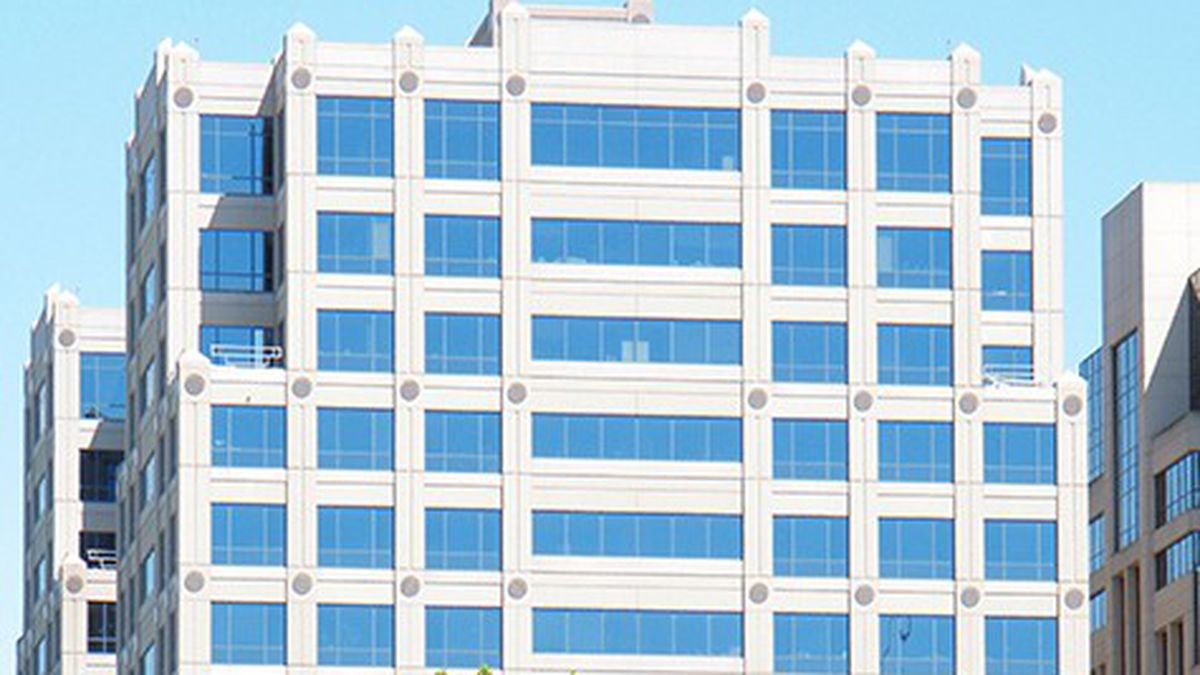 It’s a familiar story in Washington, DC: Government lawyers who are supposed to zealously protect the public from Wall Street’s sophisticated frauds gain inside knowledge and connections while employed by the Department of Justice, the Securities and Exchange Commission, and other federal agencies. Then they jump over to the private sector, taking lucrative jobs at law firms that defend the same companies they were previously supposed to prosecute.

Good-government advocates worry that this so-called “revolving door” system has allowed financial companies to evade justice. “Serving a short stint in government as a regulator provides both the means to develop networks within the enforcement agency, and knowledge of how it operates, such that a private firm will offer exceedingly generous salaries to attract the regulators into private employment,” explained Craig Holman of Public Citizen’s Congress Watch.

But the revolving door isn’t just a Washington phenomenon. It’s happens in California, too. Homeowners and activists are concerned that banks that crashed California’s economy have evaded justice partly because state regulators have sought jobs with law firms that defend Wall Street. And they point to one top attorney who recently left the California Attorney General’s office as an example.

Benjamin G. Diehl, a supervising deputy attorney general in the California Department of Justice, was on the front line of the state’s effort to protect homeowners during the foreclosure crisis, in which more than one million homes in California were seized and sold by banks — often illegally. Diehl supervised civil prosecutions brought by Attorney General Kamala Harris’ mortgage fraud strike force (see “The Strike Force that Never Struck,” 5/28). He helped negotiate the National Mortgage Settlement between California and five of the nation’s largest mortgage servicers (see “The Foreclosure Crisis Is Still Unsettled,” 4/23). Diehl assisted in drafting state legislation that has been called the Home Owners Bill of Rights. And previously, Diehl helped prosecute mortgage industry giants Ameriquest and Countrywide for predatory and fraudulent lending that helped cause the economic crash in 2008. As a supervising deputy attorney general, Diehl had influence over which investigations would advance, and whether to prosecute, or seek pre-trial settlements with companies accused of financial crimes.

But last October Diehl quit his post, and in November began a new job as special counsel at the Stroock Stroock & Lavan law firm.

Stroock is not just any law firm. In a March 2014 brochure, partners in Stroock’s Los Angeles office explained that they have “extensive experience in representing financial institutions and their officers, directors and employees, in administrative and judicial enforcement actions brought by the various state and federal financial institutions’ regulatory agencies, including state Attorneys General […].” Stroock represents Bank of America, Citibank, JPMorgan Chase, and other companies in their legal battles against consumers. Stroock maintains a “government relations” practice group that “counsels clients in connection with investigations and settlement of matters brought by state attorneys general throughout the nation,” according to the law firm’s website. This practice group, of which Diehl is now a member, is led by Stroock partner Robert Abrams. Abrams is the former Attorney General of New York State.

Last fall, a Stroock press release announcing the hiring of Diehl quoted Abrams as saying, “financial institutions are increasingly facing multi-state actions from Attorneys General throughout the country, and they need law firms that can think and act on a national scale. Ben’s specific experience with these types of matters is both unusual and essential in today’s regulatory climate.”

Holman of Public Citizen said that in situations in which a government regulator goes to work for companies that he used to regulate, “the first question that comes to mind … is whether the prospect of lucrative employment in the private sector influenced that regulators’ official actions while in government.”

Emails obtained by the Express show that Diehl had arranged private meetings with Stroock lawyers at least six months before he announced his decision to leave the California Justice Department. In one email exchange from April 2013, Diehl wrote to Stroock partner Julia Strickland, asking if she would “have a moment to talk privately” during a legal conference in New York that they were both attending. In May 2013, at another legal conference in Chicago, Diehl again arranged a private meeting with Strickland. And in another email exchange from September 2013, Diehl arranged a lunch meeting with Strickland near Stroock’s Los Angeles offices.

Strickland and Diehl have known each other since at least 2006. That year, Strickland defended Chase bank in a lawsuit brought by then-California Attorney General Bill Lockyer. The lawsuit alleged that the bank was running “a massive debt collection mill that abuses the California judicial process.” Diehl was on the state’s prosecutorial team, and helped negotiate a settlement with Strickland and Chase.

It’s not clear what Diehl was working on at the California Attorney General’s office during his last year of employment — and while he was having private meetings with Strickland — but activists are concerned he may have allowed his desire to obtain a job at Stroock affect his decisions regarding investigations and lawsuits. “Homeowners deserve accountability and transparency,” said Carlos Marroquin, a homeowners’ rights activist who has criticized Harris’ handling of financial- and mortgage-related fraud cases. “A full investigation of Mr. Diehl’s involvement and work as one of the lead attorneys handling the investigations, negotiations, and settlements on behalf of the people and the State of California must immediately be ordered by the California AG.”

Representatives from the California Attorney General’s Office did not respond to requests for comment for this report.

“The rapid movement of Benjamin Diehl from deputy attorney general overseeing financial fraud to private employment defending some of the same financial firms is very troubling,” said Holman. “Revolvers can provide private firms with an unfair advantage. They provide a company with easy access to their colleagues who remain in the government agency, potentially for negotiating favorable enforcement actions, and they can provide the company with insights of regulatory decision-making unavailable to anyone else.”

However, Robert Hawley, deputy executive director of the California State Bar, said that the movement of attorneys between government and the private sector itself is normal and not necessarily bad. “Lawyers go to work for the SEC all the time to gain the experience, and to eventually work for Wall Street, and lawyers work for the National Labor Relations Board, and leave that to go to major-union-side, or management-side firms.”

But Hawley said the situation is complicated for attorneys who switch sides and join firms that represent clients their previous employers were directly engaged in litigation with. “It would be like somebody in the District Attorneys Office, they’re prosecuting crimes against individuals, and they know the prosecution’s case, the inside of it, confidences pertaining to the state,” explained Hawley, “if they leave the DA’s office and become a defense lawyer, you can do that, as long as you’re not defending the same people on specific cases where you have information because you used to be a DA.”

Hawley added that there aren’t rules barring government lawyers from consulting with companies they might once have investigated or prosecuted. It’s considered ethical so long as the content doesn’t relate to confidential client information that the attorney obtained while working for the government. But Hawley admitted this is a “murky” line.

Kathay Feng, executive director of Common Cause California, a good-government group, noted that government lawyers are barred from counseling clients with confidential information they obtained during their employment by the state. “The concern is once they go over to the new firm, if they are bringing relationships or knowledge about cases that they’ve worked on — that’s attorney-client privileged information that they’re bound by professional responsibility rules not to share in the context of any litigation.”

Diehl did not respond to interview requests for this report. Representatives from the Stroock law firm’s media relations office declined to comment.

Public records point to some of Diehl’s new responsibilities at Stroock, and show that he’s part of the law firm’s team representing HSBC bank in multiple federal lawsuits filed in Florida, Pennsylvania, and New York. HSBC has been accused of colluding with insurance companies to force financially distressed homeowners to pay for expensive insurance policies on their homes. Many mortgage contracts require borrowers to maintain homeowner’s insurance. If a homeowner fails to do so, a bank can obtain insurance for the home — a process known as “force-place” — and then pass the costs on to the homeowner. HSBC and several insurance companies are accused of fixing these insurance prices much higher than necessary, and sharing the ill-gotten profits as kickbacks.

In the US District Court for the Northern District of California, Diehl is helping defend the credit reporting company Trans Union LLC, in a suit by a customer who alleges that Trans Union provided misleading and inaccurate information about his credit history.

It’s unclear whether, or to what extent, the California Department of Justice investigated financial companies for force-place insurance practices or for consumer credit reporting violations while Diehl was employed there. The DOJ does not publicly disclose records related to its investigations.

But the California Department of Insurance has investigated insurance companies for engaging in force-place schemes. In 2012 and 2013, Insurance Commissioner Dave Jones ordered several insurance companies to reduce their rates, calling them “exorbitant.” One of these companies, American Security Insurance, is a co-defendant in several of the HSBC lawsuits that Diehl is currently working on.

Diehl is schedule to appear at a financial industry conference in October in San Francisco to moderate a panel discussion about the “latest regulatory, supervision, investigation and enforcement initiatives, examination procedures, and attorneys general lawsuits against financial services companies.” Financial industry executives and lawyers pay $2,095 to attend the conference where they are promised “unparalleled networking opportunities” and expert advice about “the most effective defense and settlement strategies.”

“It is extremely disturbing to me that Benjamin Diehl is now working for the banks, going around the country giving lectures and forums to bank attorneys to teach them how to beat the regulators and the government inspectors,” said Marroquin.

Diehl is by no means the only former government attorney now working at Stroock. In October 2013 Anne Salladin, the assistant general counsel for International Affairs at the US Treasury Department joined Stroock’s Washington, DC office as special counsel. Five of Stroock’s attorneys were previously employed by the US Securities and Exchange Commission. Other Stroock lawyers were recruited to the firm from the Federal Reserve Board, the US Department of Justice, the Florida Department of Banking and Finance, the New York City Tax Commission, the New York State Insurance Department, the US Department of Defense, and the Missouri Attorney General’s Office, among other public agencies.