Readers sound off on patient care, Ferguson, and wasted water near Lake Merritt 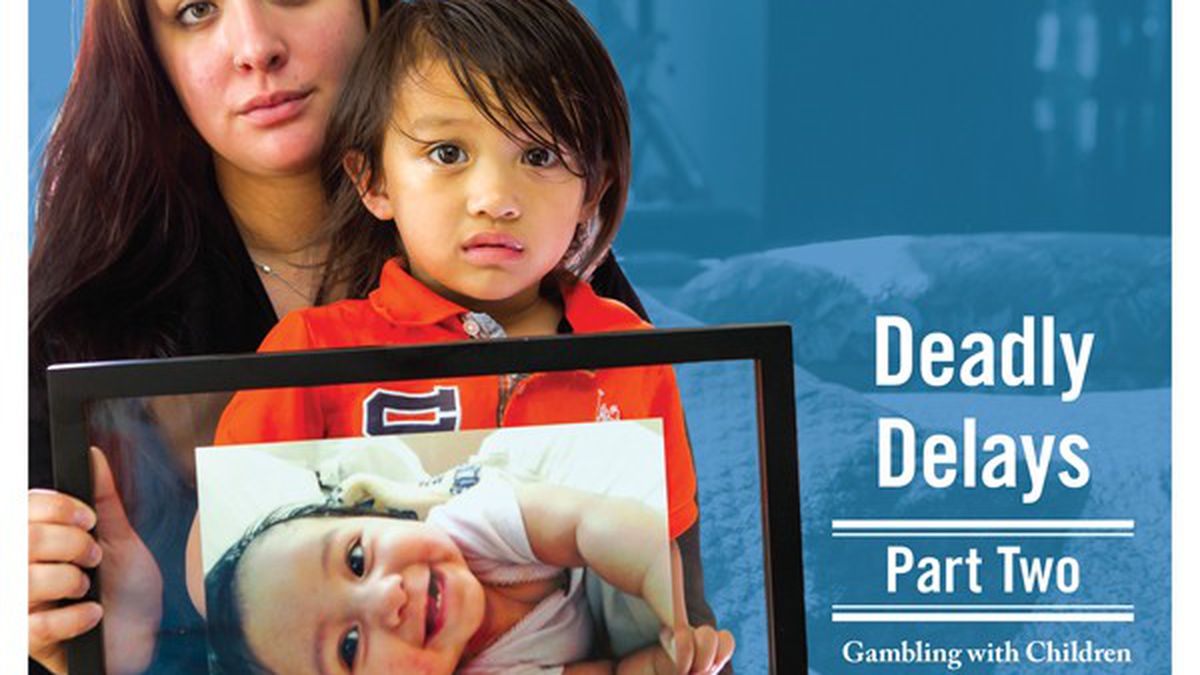 I want the community to know that Kaiser’s claim that it is consolidating care in order to increase quality is utterly false. Now, because they don’t have enough pediatric beds in Oakland to handle all of the patients, management has been putting pediatric patients on the adult floors, claiming that if they are fourteen years old and one hundred pounds, he or she can be treated as an adult.

As one of the nurses at Kaiser Oakland, I know we fight every day to get the staffing and resources we need to provide safe care to our patients — and it is a fight we have been having for years. Kaiser wants to use our contract negotiations as an excuse/explanation for their bad decisions!

This is not about the contract. It is about the safety of the community. Patients and families pay the same premiums in Hayward and San Leandro as they do in Oakland, but they are not receiving the same level of care for their kids.

I would like to quote one of my favorite commentators, the Washington Post‘s Eugene Robinson: “Anyone who thinks race is not a factor in these fatal encounters should have to cite examples of unarmed young white men being killed by trigger-happy police or self-appointed vigilantes. Names and dates, please.”

Oakland’s Elected Officials Have Done Nothing

The column stated: “At a mayoral debate earlier this year, many of the candidates argued that OPD does not have a problem with racial profiling.” The bottom-line problem of racial disparity in Oakland has to do as much or more with economics. Oakland’s elected officials have done absolutely nothing significant in fifty years to develop the economy and provide more jobs for black and brown citizens — thus, the high crime rate; thus, the racial profiling. Only one mayoral candidate has said anything about creating a significant number of new jobs and I think his number is 20K. Jean Quan, Libby Schaaf, Rebecca Kaplan, and the other well-funded do-nothings? Not so much.

An Ode to Ferguson

Miserable, deplorable, detestable disgrace/when a young life is taken due to color and race/another number takes the place of an irreplaceable face.

Violence, anger, oppression, and hate/this summer: 2014, please save the date/it’s the grueling middle chapter in the book of man’s fate.

See, the police are the criminals, when they rob us of lives/shoot you nine times ’cause, “I thought he had knives.”/Color ought to be blind to their hearts, and easy on their eyes.

Instead, it’s broken spirits, broken hearts, homes, and glass/that’s all you’ll be left with, when you get tangled with the brass/that is unless, of course, you’re middle, upper class.

So who will protect us from our protectors/and shield us from those with shields and deflectors?/We must unite as electors; become nonviolent objectors.

For societal immorality breeds police brutality, increasing rates of mortality./So while the minority’s the majority, in our places of captivity/get off the seat of apathy, and stand for human dignity.

Because Michael Brown is underground, with cold, black, feet/while the real looting is performed by a white Wall Street./And its the same ol’ song, because they’ve got it on repeat.

Cops should not follow orders, when the orders are all wrong/and the public shouldn’t be so silent while they blare the latest rap song./Don’t you know the power’s in the people, and it’s been there all along?

To the sheep, and those who profit from shearing all their fleece:/Not until there’s justice, will there ever be peace./Oh, and one more thing: Duck! The Police!

Irrigating the Concrete
at Lake Merritt

Every night the sidewalks and concrete paths around Lake Merritt are watered. Having water-hogging turf lawns is bad enough (maybe we need it to store all of the goose shit), but watering the sidewalks is probably unnecessary. Maybe adjusting the irrigation would be a good idea. Hey, City of Oakland, California is in a drought state of emergency!

There are also pipes that look like they’ve been leaking for decades, judging by the rust.

There’s a simple way to save animals and millions of dollars, and help the environment: Ban single-use plastic bags. Plastic pollution lasts for generations. This is not a legacy we want to leave.

Plastic is created using non-renewable fossil fuels and never fully decomposes. These plastic remnants tarnish our parks, pollute our waterways, and become a food source for aquatic animals. According to National Geographic, some endangered leatherback sea turtles have up to eleven pounds of plastic in their stomachs because they mistake plastic debris for jellyfish, a favorite food.
Momentum is building with more than a third of Californians already living in one of the 115 cities and counties that have banned plastic bags.
Protect the Bay Area from pollution. Support Senate Bill 270 to ban plastic bags throughout California.

I was reading about the East Oakland supermarket and broken promises about employment numbers, organizing, and so on, but when I turned the page to continue reading, I felt assaulted by the image advertising your Scream film event. I tried to keep reading, but couldn’t, until I realized I could pull out all those pages and turn them upside down.  I finished reading the article (wishes for success in next union steps to those working there) and felt the need to write.

I’d seen the photo in a previous issue, turned the page and went on, but this time it struck a bigger nerve. Perhaps because I’d just finished reading a novel with a character who self-harms, or recently met immigrant/refugees whose family members had been murdered due to their religion or political beliefs, or because the woman’s scanty clothing, bloody legs, chainsaw, and angle of the photo suggest equating violence with sexuality, or because young black and brown men are being killed daily in this country by trigger-happy cops, or maybe just because it’s such a horrible image.

We live in a society that cultivates violence. Does the Express want to perpetuate that or set an example of another way? How about a film festival on Peace, Reconciliation, and Restoration instead?

We incorrectly identified a photo that ran in our August 27 “Guide to the 2014-15 Cultural Calendar,” as a rehearsal for The Last Days of Judas Iscariot. It was actually the Ragged Wing Ensemble in a company training. And our August 27 news story, “How Oakland Landlords Fight Rent Control,” incorrectly stated the percentage of rent board cases won by tenants and landlords in 2012-13. Tenants prevailed in 53 percent of cases while landlords won in 47 percent.