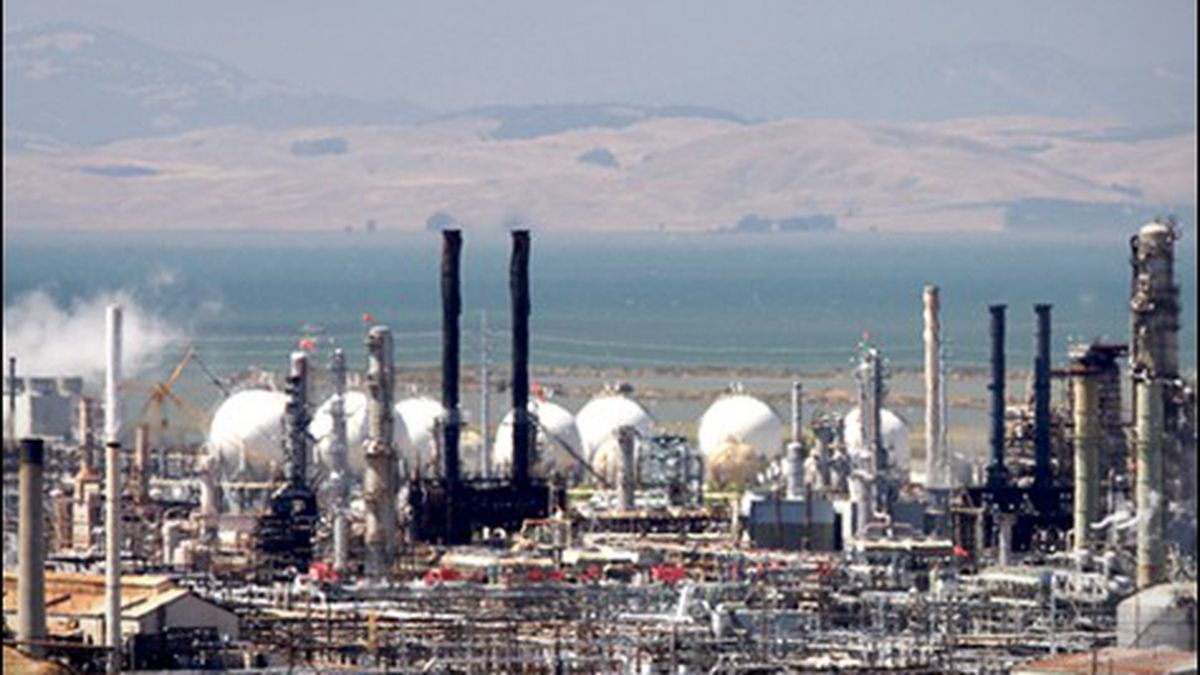 Not surprisingly, Richmond does poorly in a test of indoor air quality. But so does bucolic Bolinas.

Those dust bunnies behind the couch may be worse for you than you think. A recent study analyzing air and dust samples from homes in Richmond and Bolinas found more than a hundred separate household and industrial chemicals, most of which are believed to cause cancer and thyroid, reproductive, and neurological disorders.

Air found in homes in both locations contained phenols, a type of chemical found in detergents, paints, plastics, and pesticides that has been shown to harm reproduction in animals; polybrominated diphenyl ethers, which are found in flame retardants used in furniture, electronics, carpet, and baby products, and are believed to affect brain development and disrupt thyroid hormones; and PCBs, which are found in vinyl, pesticides, plastic packaging, and wood finishes, and affect development and cause cancer.

Exposure to any one of these chemicals is probably something to worry about. But the cumulative impact is even worse, according to Jessica Tovar, a Richmond organizer with Communities for a Better Environment. She said the air in some houses contained chemical levels at or above the maximum guidelines set by the US Environmental Protection Agency. “But a guideline doesn’t mean it’s enforced or that companies are following them,” said Tovar. There’s very weak enforcement; that’s why we exist.”

Communities for a Better Environment, which collected the study’s air samples, held several panels to explain test results to residents. Researchers had expected to find higher levels of outdoor contaminants inside Richmond homes because that city is known for its geographic proximity to a port, rail yard, refinery, and chemical plants. But they were surprised to find that the levels of indoor contaminants from consumer products were similar in urban Richmond and coastal, semi-rural, and middle- to upper-middle-class Bolinas.

“In Richmond, people were afraid their community would be found to be toxic,” Tovar said. “But in Bolinas it was very different. People there thought we wouldn’t find anything at all, but actually we did: pesticides, chemicals in flooring, DDT, household chemicals. There’s a lot of pollution we are exposed to on the household level that we aren’t aware of. In that community we surprised people.”

“Pretty much everyone is exposed to the same household chemicals,” Tovar said. “It doesn’t matter where you live or what your income levels are. The outside pollutants are a different story.”

Richmond homes also contained high levels of Vanadium and Nickel — among the highest in the state — while Bolinas had some of the state’s lowest levels. Those chemicals cause heart and respiratory disorders and likely come from the refinery, the shipping industry, and traffic.

“Overall, we found a lot of outdoor pollution is concentrating in people’s homes, because there’s no air circulation,” Tovar said. “So think about the dust in your homes — a carpet versus a wood flooring. The carpet holds a lot of that stuff in, most pollution sits in dust.” And inside the home, there is no wind, no water, and fewer microbes to break chemicals down.

The study — by researchers at the Silent Spring Institute, UC Berkeley, and Brown University — is part of a larger project that aims to measure environmental toxins in homes nationwide. Following collection of the air samples in 2006, they were then analyzed over the following years. The most recent paper was published online in August in the journal Environmental Science & Technology. It looked at outdoor and indoor pollutants — particularly endocrine disrupting chemicals (EDCs), or chemicals that mimic hormones leading to a slew of health problems.

“With EDCs, the main concern is exposure during development,” said Ruthann Rudel, director of research at the Silent Spring Institute and one of the paper’s authors. “While tissues are forming, the disruptors make permanent changes to the tissue. Exposure in utero from an environmental source can have an effect on male and female development, and possibly affect the development of the breasts, increasing vulnerability to cancer.”

Many researchers now believe EDCs are at least partly responsible for precocious puberty, or the development of breasts and pubic hair before the age of eight in young girls. A study led by researchers at the University of Florida found female Yaqui Indians in northwestern Mexico grew large breasts with little mammary tissue as a result of pesticide exposure in utero. They also were unable to produce breast milk for their babies.

The recent study, which tested forty homes in Richmond and ten in Bolinas, was the second of its kind by the Silent Spring Institute. The first looked at 120 homes in Cape Cod. “The first thing we saw in the California data — there were similarities to Cape Cod, but there was one very significant difference, and that was the flame retardants,” said Rudel.

Because of a law passed in the mid-1970s, furniture and other products in California must be sufficiently fire-proof to withstand twelve seconds of exposure to an open flame before igniting. Californians have twice the level of PBDE flame retardants in their blood compared to the national average, and many times more than Europeans. PBDEs have been shown to disrupt developing reproductive and nervous systems, so they’re especially problematic for pregnant women and children.

Another environmental toxin common in homes built in the 1950s and ’60s came from a popular wood floor finish used during those years. The finish contained PCBs, which are known to affect the immune, reproductive, nervous, and endocrine systems, and cause cancer in animals.

It’s hard to give advice about what not to buy when many consumer products don’t bother labeling the chemicals they contain. And even if they did, consumers would have to be extremely savvy to navigate their way through polysyllabic technical names. Which is why Tovar advocates for stricter governmental regulations that limit the chemicals seeping into our homes in the first place.

“These are chemicals that are banned in other countries, or that aren’t allowed to be used in households,” she said. “And in this country, these things are being tested on us.”

In the meantime, the Silent Spring Institute recommends that concerned consumers avoid chemicals with strong fragrances, products with grease-proof coatings (increasingly common in clothing and baby products), clothes and fabrics that are anti-mildew or anti-bacterial, wall-to-wall carpeting, paints and stains that aren’t labeled “low VOC” (volatile organic compounds), air fresheners, and pesticides. Whenever possible, use natural, unscented products and fibers. For a full list of suggestions, visit SilentSpring.org

MP3 of the Day: Day Off EP featuring Omar Sosa and...