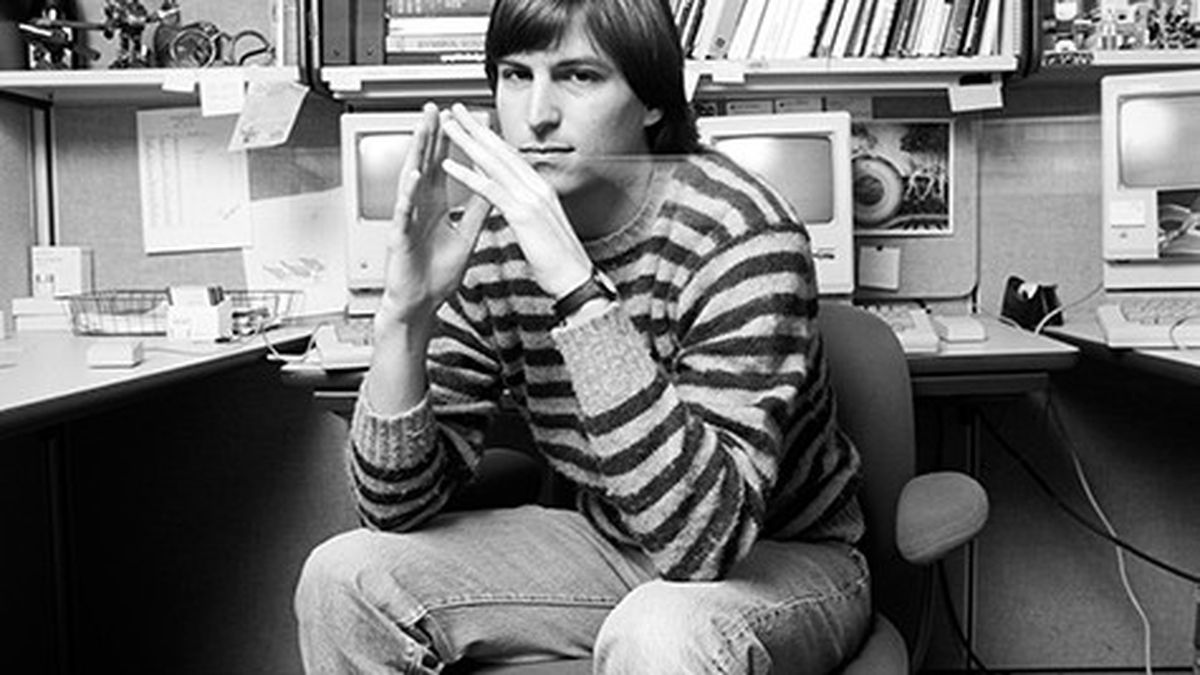 ‘Steve Jobs: The Man in the Machine’ Targets the Founder of Apple

When it comes to the late Steve Jobs and his invention, Apple, it seems the world is divided into two camps: those who are tired of hearing about him, and those who worship him. Alex Gibney’s muckraking documentary Steve Jobs: The Man in the Machine could open up a third grouping, in which the latter are converted into the former. But don’t bet on it.

Staffed by an impressive roster of talking heads, the meticulously researched profile/exposé aims to deflate Jobs’ carefully cultivated public image by demonstrating that for every miraculous electronic device he created, he committed multiple offenses against colleagues, rivals, the world in general, and even his own family. Award-winning filmmaker Gibney (Enron: The Smartest Guys in the Room; We Steal Secrets: The Story of WikiLeaks) particularly trains his skepticism on Jobs/Apple’s corporate mythology, a fuzzy-wuzzy pastiche that combines shreds of Bob Dylan lyrics and Zen Buddhist tropes to mask cutthroat tactics worthy of an early-20th-century robber baron.

The witnesses step up to the mike. Engineer and Apple co-founder Steve Wozniak tells how his partner took advantage of him in the innocent days when they were transitioning personal computers from the realm of hobbyists to the mass market. Macintosh designer Bob Belleville, who accompanied his boss to Kyoto temples, tearfully recalls how he “lost” his wife, his children, and changed the structure of his life while slaving away on the Mac.

Business reporter Sherry Turkle marvels at Jobs’ mystical marketing — an Apple device “wasn’t just for you, it was you.” Turkle credits the iPhone with creating the “alone together” phenomenon. It’s an “isolating technology,” she asserts. In Belleville’s misty view, Apple products “sing to you” with “a warm caress.” Jobs claimed that Apple devices provided their users with an “instantaneous reflection of their creative selves.” For him, spirituality was a useful tool. An aesthetic vision of simplicity and inner calm put customers on the “path to enlightenment” when they bought an Apple gizmo. Jobs’ genius hinged on the promise of “what is possible,” a key element in what became a belief system for the cargo cult of eager consumers standing in line all night for an Apple Watch.

Jobs/Apple was guilty of real-world transgressions, as well: wage collusion in Silicon Valley; a personnel-poaching war with Google; stock option shenanigans; coercion of journalists; chemical pollution and worker intimidation in China; tax dodge off-shoring; and the company’s termination of its philanthropic programs. We hear from Chrisann Brennan, the cast-aside mother of Jobs’ daughter Lisa, whom Jobs likewise tried to disown. “He didn’t know what connection was,” says Brennan, “so he made up another kind of connection.” That’s the ultimate tech nerd. Can’t get along with people? Love your mobile. Author Turkle chimes in: “People are not attracted to [Jobs] because of his character.”

Gibney asks in voiceover: “Is making better products enough to make the world a better place?” and then answers his own question in multiple ways. “How much of an asshole do you have to be, to be successful?” “Apple became Goliath.” Its appeal relies on “the sadness of the soul as expressed in the beauty of things.” “[Jobs] had the focus of a monk but none of the empathy.” The doc coolly performs vivisection on a man, a company, an industry, and a way of life, with extreme prejudice and a careful marshaling of details — a personal yet universal view of a man who created machines that changed the world. The next time you stare at your iPhone, Steve Jobs will be looking back at you.

Bad Air? There’s a Pill for That