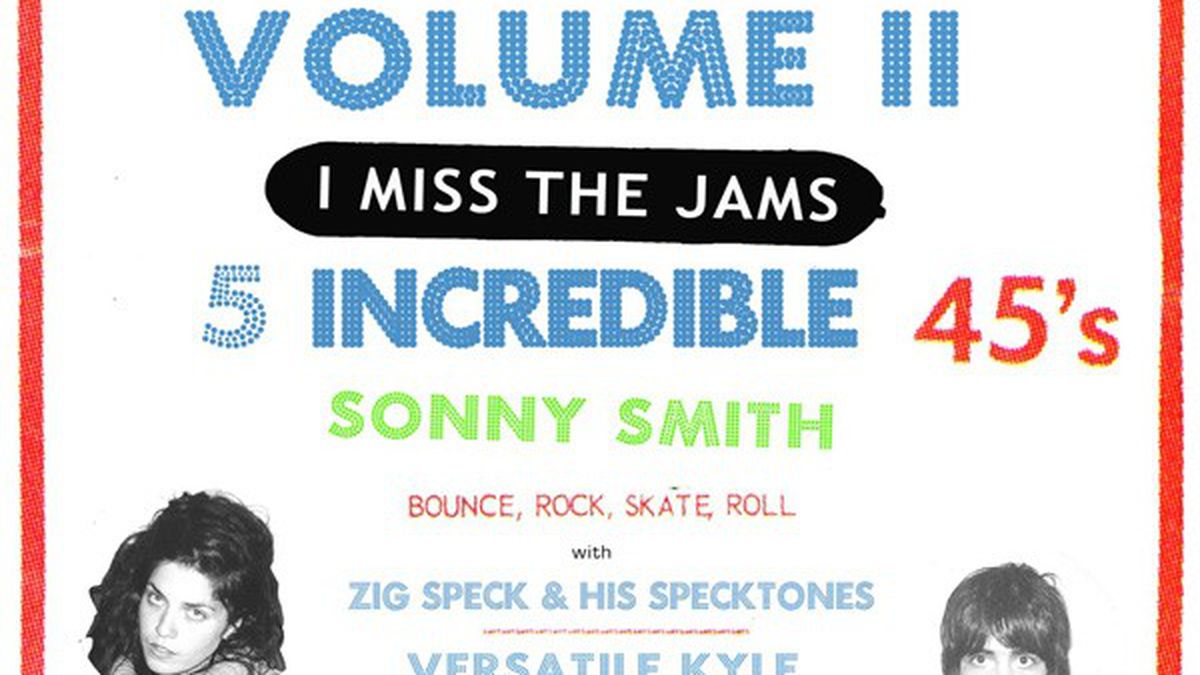 Talk about concept-with-a-capital-C. Local lad Sonny Smith — singer, songwriter, filmmaker, and visual artist — decided to release one hundred singles (the seven-inch 45-RPM variety) with “make-believe” bands. One hundred artists created the cover art for each single, then Smith wrote songs for each “band” inspired by its cover art. Smith was the featured singer on most of the songs, and the fictitious ensembles were drawn from a pool of the Bay Area’s indie rock community, including the Sandwiches, the Fresh & Onlys, and Kelley Stoltz. Got that? Good.

Sometimes “concept albums” can disappoint because the premise outstrips the execution. Fortunately 100 Records — available as a package of five seven-inch-ers or a single CD — is an entertaining, kaleidoscopic trip through the zany rock ‘n’ roll sound-world of Sonny Smith. Records has a charmingly ramshackle lo-fidelity quality, but it avoids the offhand, smug, we’re-too-cool-to-care-about-the-end-result spirit that spoils many lo-fi sessions. The songs evoke various time frames of rock and pop music for the past thirty years. “One Time Doomsday Trip To Nowhere” scrunches together strands of surf and teen-angst pop through the lens of a lean garage rock band. “Ain’t No Turnin’ Back” is reverb-laden rockabilly. “I Wanna Do It” is a straight-ahead evocation of the early-Sixties girl-group style, on which Heidi Alexander sounds winsome, bratty, and vulnerable simultaneously. “Garbage Storm” is sultry and dreamy, with lazy vocals conjuring images of morning-after hangovers and the tawdry decadence beforehand. “Time To Split” is rowdy, adorably dumb frat-rock.