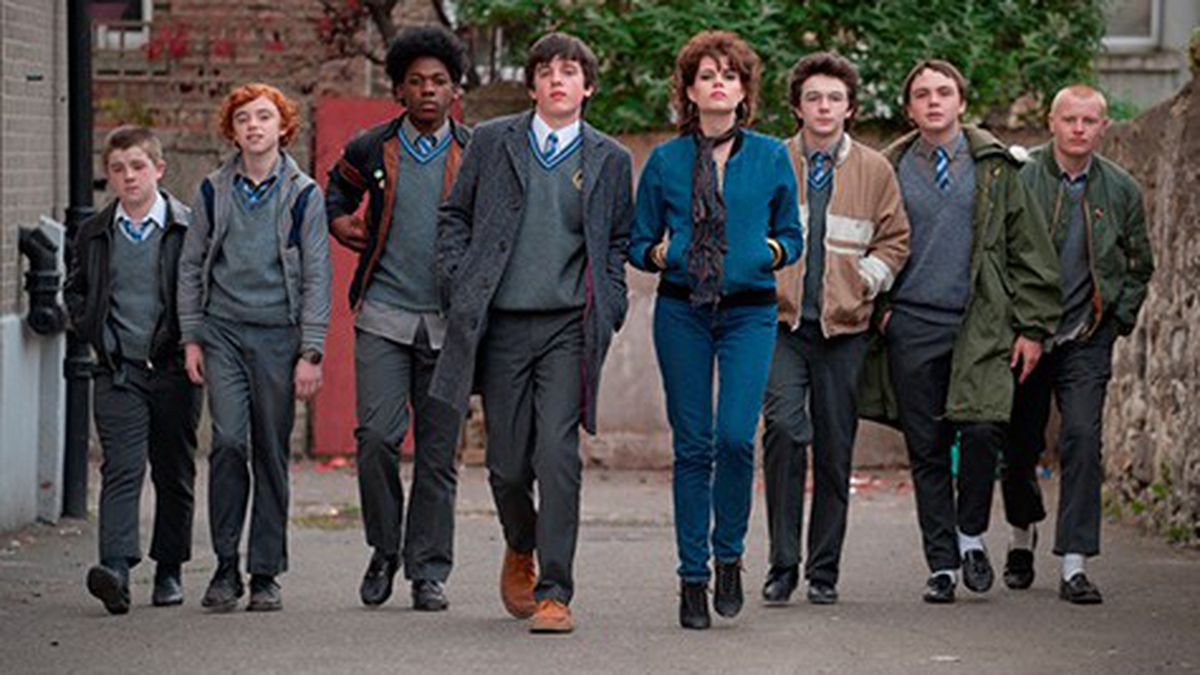 Who cares if it's kinda sweet?

Writer-director John Carney’s Sing Street fits in comfortably with the filmmaker’s 2007 romantic musical hit Once, but the milieu has just as much to do with The Commitments, the 1991 Roddy Doyle-Alan Parker movie about young Dubliners and their R&B band. Same hostile-but-lovable Irish environment, same underdog struggle, same fizzy romanticism.

It’s 1985, a time when English pop groups like Duran Duran and The Cure rule the charts and every kid yearns to wear eye shadow, play keyboards, and make a rock vid. A sensitive, artistic teenager named Conor (Ferdia Walsh-Peelo) has to contend with mom-and-dad strife at home and bullies at the parochial school he attends, from the head Christian Brother (Don Wycherley) all the way down. So he copes by doing what anyone would — he starts a rock band. A typical assortment of harmless misfits congeals around Conor, including a disconcertingly glamorous would-be model named Raphina (Lucy Boynton), who wants to get on MTV. Hills and dales, ups and downs, brickbats followed by stolen kisses. Conor and his friends are green, green, green as the moss under their feet, but their songs are surprisingly catchy and miraculously well sound-mixed. Conor and Raphina dream of taking London by storm.

Irish coming-of-agers such as this are invariably sweet, but not so sweet that you feel like a fool for going along with their charming dreamers. Walsh-Peelo and Boynton make a moist, loverly twosome, and the song-writing duo of Conor and Eamon (Mark McKenna) are dead ringers for the young Paul McCartney and John Lennon. Also good on the home front are Jack Reynor as Conor’s stoner big brother Brendan, and Maria Doyle Kennedy (from The Commitments) as their mother. No one will ever hate him- or herself for going along with the sentimental Irish improbabilities of Sing Street.

The Titan at Berkeley High

Weekender: The Top Five Things to Do Over the Next Three...