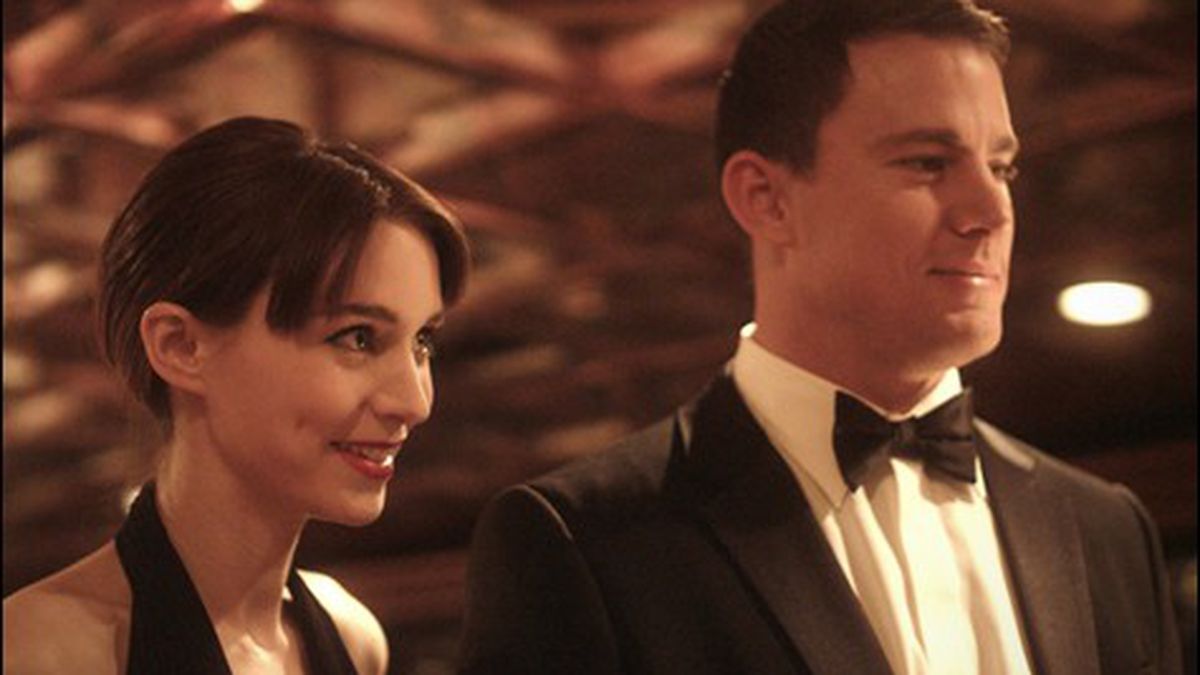 You’re depressed. So is your best friend. He or she gets depressed hearing about how depressed you are. Naturally, you become even more depressed when someone mentions how depressed you seem to be. And you’re both irritated — maybe even a little depressed — by all the first-run narrative movies about depressed characters and their depressing situations.

So Steven Soderbergh already has a major hurdle to leap with his latest film, Side Effects, a putative social-problem drama about the abuse of antidepressants and other medications. He clears that hurdle, barely, because he’s a supremely skilled and thoughtful filmmaker, yet Side Effects has its drawbacks. Nothing to get, uh, depressed about, exactly, but enough to interfere with the movie’s up-front topicality.

Emily Taylor (Rooney Mara) works for a New York City ad agency. She’s a bright, well spoken young woman whose face nevertheless clouds over at the slightest provocation. Emily’s husband, Martin (Channing Tatum), is released from prison after serving time for insider trading. They’re overjoyed to reunite with each other, but from what he tells Emily and what they hear at financial execs’ cocktail parties, it seems Martin is planning to go back to his old racket. The news upsets Emily, and so she visits a sensitive, perceptive psychologist, Jonathan Banks (Jude Law), to help with her self-diagnosed “hopelessness.”

Jonathan prescribes a little pink pill called Ablixa, the product of a pharmaceutical company for which he does consulting work. We can’t help noticing that practically everyone in Emily’s and Jonathan’s circles suffers from similar anxieties and medicates freely with a variety of pills — and that the prescription drugs take on a life of their own in the imaginations as well as the behavior of these stressed urban dwellers. Bad things occur, and Soderbergh and his screenwriter, Scott Z. Burns (he wrote Contagion for the director), lead us to certain conclusions about Emily, Dr. Banks, Emily’s previous shrink Dr. Victoria Siebert (Catherine Zeta-Jones), compromised physicians in general, predatory big-pharma money, the role of prescription medications in contemporary society, and so on.

Soderbergh has a laundry list. Alongside his recent roster of genre updates (Magic Mike, Haywire, Contagion), the one-time king of indies continues to inform us about America’s precarious moral condition with such films as The Informant! and The Girlfriend Experience. Side Effects fits into that latter facet of Soberbergh’s cinematic preoccupations. Almost everyone in this scenario bends the rules for his or her own personal gain, thus hurting confused victims like Emily, who apparently only wants a stable family life with her husband and a baby. Actress Mara (The Girl with the Dragon Tattoo) conveys Emily’s pain in basic, melodramatic terms. Whatever happens, it’s not really her fault. She is drugged into delirium.

The movie’s true protagonist turns out to be Law’s Jonathan Banks, yet another conflicted member of the mandarin class who tries in vain to do the right thing, at first. Somewhere in the thicket of recriminations and dirty legal tricks — with the screenplay threatening to veer into mad-doctor territory — the path grows murkier and the film loses its way. After setting up a typically incisive Soderbergh investigation of broader social ills, Side Effects squanders its good will by making a beeline for a “they-did-it-for-the-money” denouement. Tell us something we don’t already know, please. We’ll have to be content with Mara’s and Law’s finely detailed performances and the apt support of Tatum and Zeta-Jones.

Where does Soderbergh go from here? Reports have circulated for years that the prolific producer-director-cinematographer is retiring. Side Effects may indeed be his last film, at least for the time being. Let’s hope that’s not the case. American filmmaking needs a creator with his combination of commercial chops and adventurous newsworthiness.